‘Traveller slavery’ and the press – a TT response 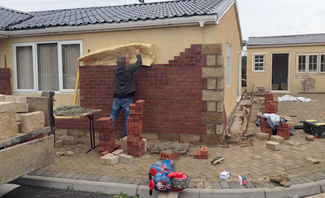 Gypsies, Roma and Travellers, like the wider public, will have been horrified by the details that have emerged from the recent slavery case which has seen eleven people being convicted of conspiracy to require a person to perform forced or compulsory labour.  Otherwise known as slavery. Yet many Gypsies and Travellers would have been horrified for another reason as well because, as a lot of the newspapers that covered this story where keen to point out, the people convicted of this crime where Travellers. The Travellers’ Times believes it was wrong to highlight their ethnicity. Yet if you compare the newspaper coverage of this trial with a series of similar slavery trials in 2011 - 2012, there is some improvement in the way that Traveller ethnicity has been used and abused by the media.

Slavery is not a new concept to Gypsies and Travellers, but historically they have tended to have been the victims. In Romania by 1839 there were up to a quarter of a million Tzigani Gypsy slaves. The British transported Gypsy and Irish Travellers to the New World where they were sold into slave labour. Many were also deported to the West Indies to work on the Scottish and English plantations in Jamaica and Barbados.

In more modern times, in 1930s Nazi Germany, there was even a "comic" song about Gypsies as slaves, called "Come Gypsy; Show Me How You Can Work!". The song was adopted by the German press and quoted in headlines and articles to mock and denigrate German Roma, linking them to crime, brutality and squalor. Many European Roma were subsequently wiped out in the gas chambers and slave labour camps of the Third Reich – this holocaust is known in the Romany language as the Porajmos – or 'devouring'.

It is the clear link between the denigration in the press of the Sinti and Roma in 1930’s Germany and the discrimination and then subsequent enslavement and murder of between a half a million and a million of them by the Nazi regime less than a decade later that prompts the Travellers’ Times to raise concerns around the way that criminal cases involving Gypsies and Travellers are often reported in the UK media today.

A lot of the reports are sensationalist, highly racialized and will inevitably have an impact. It's "Traveller slavery," that is the story for some of the newspapers – not "slavery", and every article on crime in the media that highlights the ethnicity of the perpetrators increases the prejudice against every single man woman and child that shares that ethnicity.

That is not a hard concept to grasp is it? Many right thinking people abhorred the recent article published in the Sun headlined “British Pakistanis ARE raping white girls … and we must face up to it”. The article, they quite rightly said, would increase racism against Asians and also increase Islamophobia. The UK is a multi-racial and a multi-cultural society and the press has a role in making this work.

Because the Labour Shadow Equalities Minister Sarah Champion had been involved in writing the article for The Sun (unbelievable isn’t it?), Labour Leader Jeremy Corbyn was asked to comment. Corbyn said it was right for Sarah Champion to resign because it was wrong to “label a whole community”.

What Corbyn is saying, in a nutshell, is look at the crime and the individual who commits it and tackle that – not the ethnic minority the criminals come from.

And it’s the same with Gypsies and Travellers. The ethnicity of the eleven people convicted for slavery has been splashed all over the headlines of many of the media outlets that covered the story.

The Daily Express online version lead with the headline: ‘GUILTY: Travellers kept disabled as slaves treating them like abused dogs with no water’.

The Daily Star online version led with the headline: ‘Gypsy family guilty of keeping SLAVES for 25 years while spending their money on BOOB JOBS’.

Scotland’s Daily Record online version led with the headline: ‘Traveller gang got rich on slavery ring and even forced one victim to live in squalor for 26 years’.

The Travellers’ Times hopes that the victims find peace and can recover from their awful experiences, yet we also fear for our readers and the wider Gypsy and Traveller communities. Gypsy and Traveller schoolchildren face a constant barrage of prejudice in the form of taunting and bullying fuelled by media representations of Gypsies and Travellers. Tomorrow some of them will be asked how many slaves their parents keep. Gypsy and Traveller men and women often hide their ethnicity in their day to day life and at work. It’s just not worth ‘coming out’ and saying who you are - a Traveller – especially at times of intense media scrutiny like this.

A friend of mine, a Traveller, runs a garden maintenance firm, employs seven people, and is committed to several contracts for big name supermarkets. His staff cut the bushes, pick the litter and weed the flower beds in their car parks. He doesn’t tell his clients he is a Traveller and that he lives on a Traveller site and I doubt he is going to tell them any time soon.

There is little regulatory defence against the racialized headlines. The Independent Press Standards Organisation only accepts complaints about racism targeted at named individuals. Racism against groups is, by default, deemed acceptable.

Yet there is cause for hope for all those concerned with the media representation of Gypsies and Travellers. It doesn’t always feel that way, but the way that this story was covered by some media outlets gives us a tiny glimpse of the light at the end of the tunnel.

Why? Because if we look back to 2011, there was a series of similar slavery trails that hit the newspapers. Back then, the Traveller ethnicity of the perpetrators was splashed across nearly all of the headlines in the newspapers. There was a tragic case of a double suicide two years ago where a young 20 year old Gypsy woman was wrongly blamed for the deaths and whose ethnicity was raised in the headlines of nearly every national newspaper. Yet in some of the newspapers that covered the trail of the eleven people last week, that was not what happened this time round.

Yahoo’s online news service had the headline: ‘Slavery ring family busted in the UK’ and doesn’t mention the word ‘Traveller’ at all in the rest of the article.

The Sky News online version had the headline: ‘Lincolnshire gang operating modern slavery ring forced victim to dig his own grave’ and their article doesn’t mention the ethnicity of the convicted people in the rest of the article either.

The Daily Mirror shows that tabloid newspapers don’t necessarily have to be racist with their online headline (although it did highlight the family surname which the Travellers’ Times believes is wrong as well).

Even (even?) the Telegraph’s online version read: ‘Family convicted of keeping at least 18 victims as slaves for up to 26 years’ and also didn’t mention the ethnicity of the eleven people convicted in the rest of their article.

So the evidence of the headlines above suggests that there is some improvement in the reporting, but why has this improvement happened? It’s hard to say - but there may be a number of reasons.

Maybe the work of campaigners is having an effect. Work such as Report Racism GRT plugging away with social media and media complaints and their victory working with other campaigners in forcing Amazon to remove the fake NIKE ‘pikey’ merchandise that was for sale online. Or the Traveller Movement lobbying the press and media regulators and working with the law firm Howe & Co to help a Gypsy man win damages and an apology from a national newspaper for libel and also successfully pushing Gypsy and Traveller anti-racism campaign stories into the national press. Or Billy Welch appearing on national television news programmes and speaking up for Gypsies and Travellers during the recent election. Or Kushti Bok down in Dorset contacting and meeting with their local newspaper editor to challenge his coverage of local Gypsies and Travellers. Or the Gypsy Council challenging the Imperial War Museum about the lack of representation of the Roma victims in their recent exhibition on the Holocaust. Or the recent London Gypsies and Travellers ‘Who We Are’ campaign that was also covered by a national newspaper and local radio. Or the stirling work that the various Gypsy, Roma and Traveller campaigners in Wales and Scotland are doing to challenge discrimination. Or the many other campaigners, campaign organisations and supporters that have picked up the phone or sent an email or a letter to complain about negative press coverage and that have called into their local radio station and spoken on air. Or Friends Families and Travellers, the NFGLG and the politicians belonging to the All Party Parliamentary Group for Gypsies Roma and Travellers, plugging away in the heart of our government. Maybe journalists and editors read the Travellers’ Times? We send a copy to every news desk and every Member of Parliament and we put all our online stories out on Twitter – a social media platform that is used by journalists.

There is also evidence to suggest that the police press relations have shifted a bit. In fact the police briefing to journalists after the trial did highlight all the thousands of other victims of slavery that they have dealt with that had absolutely nothing to do with Travellers. Maybe that’s been helped along by the Gypsy, Roma and Traveller Police Association plugging away inside the police force to help tackle the institutional racism that permeates the criminal justice system in this country.

It could be down to young Gypsy and Traveller kids like Ben Bennett taking a chance and appearing on TV in front of one million viewers.

It could also be that some of the media regulators are getting their act together. IPSO, the press regulator, has resolved a few complaints about the media representation of Travellers and, like the Advertising Standards Authority and the TV regulator Ofcom, has sent representatives to Gypsy and Traveller conferences. Or maybe the work of anti-media abuse pressure group Hacked Off who has also highlighted the disgraceful way that newspapers report on Gypsies and Travellers has had an effect.

Or maybe falling readership numbers are helping national newspaper editors wise up to the fact that not everyone wants a diet of hate to digest with their breakfast when they read their favourite newspapers.

The most disappointing article I came across researching this piece was the one on the BBC News website. I am sorry ‘Auntie Beeb’ – but putting ‘travellers’ in your headline was an absolute disgrace. We pay the wages of your directors and journalists through our licence fees and as a public service broadcaster you should be setting the bar high – not rolling in the gutter with the rest of the media who thought that the ethnicity of the eleven convicted people was the most relevant detail in the story. I can at least choose which newspaper I buy, but if I have a TV I have no choice but to pay you a licence fee.

A Gypsy policy officer at the Traveller Movement once said this to me: "It's a vicious circle. But the media have more power to break the circle than we do." Going by the recent headlines on this particular case, there is some tiny signs that this may at last be happening – but we are not there yet.