Kate Green MP speaks out on Gypsy, Traveller and Roma children in custody 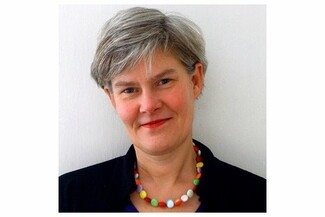 New research by the Traveller Movement into the experiences of Gypsy, Traveller and Roma (GTR) children tells a troubling and compelling story about how these children are being failed by a range of services that should be helping to look after them, both in and out of custody, says Kate Green, the influential backbench Labour MP and Justice Select committee Member

The number of children in custody has thankfully reduced. But some children continue to be much more likely to become involved with the youth justice system, and to fare much worse in custody. Many have been failed by the education system: GTR boys in Young Offender Institutions (YOIs) were more likely to have been 14 or younger the last time they were in education, while significant numbers had been excluded from school. Just as worryingly, almost half of GTR children in Secure Training Centres (STCs) had been in local authority care.

The state and its institutions, which ought to be promoting their wellbeing, are letting these children down. Rather than working with them and their families to prevent challenging behaviour from escalating out of control, each agency and institution passes responsibility on to the next until it is too late.

This lack of coordinated action and intervention continues within custody, with huge opportunities being missed to ensure these children can lead constructive, positive lives upon release. Gypsy, Traveller and Roma children in the custody system have a real appetite for education and training. They’re more likely to believe it will benefit them when they are released

But the secure estate is not doing enough to grab the opportunities presented and engage constructively with these children. In STCs, GTR children were significantly less likely to report that they had learnt skills for jobs they would like to do in the future.

These facilities need to work in partnership with GTR organisations and support Gypsy, Traveller and Roma children on courses that will allow them lawfully to participate in business that fits with GTR family life. They need the right type of education to help them prosper as they grow into adulthood.

The lack of official data in the youth justice system to shine a spotlight on the action that’s needed makes addressing inequalities almost impossible. Without data, the various facilities have no incentive to address the differences in outcomes for GTR children or to improve their experiences, because there is no information on which they can be challenged and held accountable. And it is notable that the Charlie Taylor Review into youth justice identified disproportionate representation in the penal system of children from a number of backgrounds, but made no mention of Gypsy, Traveller and Roma children. The case is clear, the lack of official monitoring of GTR children in the youth justice system is leaving these children overrepresented and overlooked.

That’s why I believe what’s needed now is an urgent inquiry into what is leading to GTR overrepresentation in the youth justice system, so the various agencies can no longer hide from their failings. But this must be alongside proper ethnic monitoring of GTR children so we can identify the progress we need to make.

What we don’t know about, we won’t address, and Gypsy, Traveller and Roma children will continue to be left behind. That’s unjust, it’s a waste of potential, and it’s high time we took action to give them the chances they deserve.

This blog by Kate Green was first published in the i Newspaper. The Travellers’ Times wishes to thank the i Newspaper and The Independent for continuing to publish Gypsy and Traveller news fairly and without prejudice.