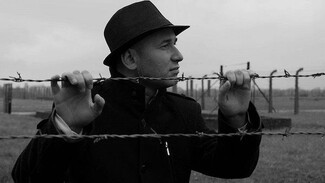 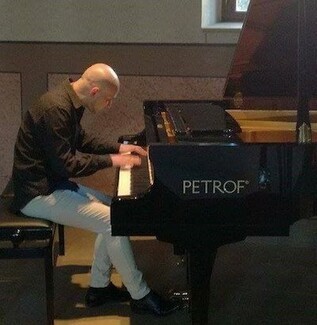 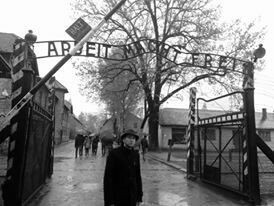 Misoslav Rác, a Romani classical pianist and composer, has kindly given the Travellers’ Times permission to publish a video of his most recent and beautiful composition which is dedicated to the victims of the Holocaust.

Miroslav Rác is a Romani pianist and composer who studied piano at the private conservatory of Dezider Kardoš located in the town of Topoľčany, county Prešov, Slovakia. His family comes from Levice, where he currently lives and composes.  He grew up surrounded by music, but the sounds of the piano expressed such a range of emotions to him, that he chose it as his instrument for life at the age of 13. Those sounds are now a part of his daily life as he tries to live out his dreams as a classical pianist.

His imaginative compositions spontaneously blend together motifs to create classical piano music for the 21st century appealing to all generations, transcending race and religion. His most recent work is dedicated to the victims of the Holocaust. One of his songs, Poem A, was filmed at the concentration camp of Auschwitz Birkenau. He recalls the rain storms captured during filming supported the emotions of fear and pain reflected in his composition. He says when he came to the Roma camp, he felt lost, and empathized greatly with the survivors for his performance. With his music, he tries to show peoples’ suffering and emotions and gives homage to the victims.

Afterwards, as a result of his performance, he was astonished to receive a number of delightfully positive responses from around the world.  The video from Auschwitz was shared on Facebook, and was also performed on a variety of classical music radio stations worldwide.

He is creating a CD with his work that is dedicated to Holocaust victims.  Miroslav with his work is trying to warn us not to forget about the horrors of the past, and resist the fascists who are trying once again to reassert themselves at this time in Slovakia and across many nations.