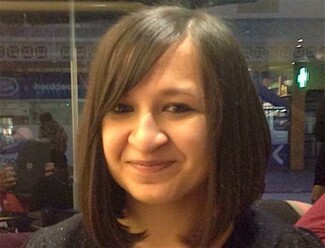 Romani campaigner Brigitta Balogh was given the opportunity to write a briefing on Leeds GATE’s ‘Negotiated Stopping’ system for unauthorised camps for the recent House of Commons debate on Gypsies and Travellers on the 9th October. Brigitta listened to the debate and writes below on why she believes that many of the MP’s taking part in the debate let Gypsies and Travellers down.

Right from the start of the debate, which was presented by Alok Sharma, Member of Parliament (MP) for Reading West and a Minister of State for Department of Communities and Local Government, the tone was accusatory and demeaning towards the Gypsy and Traveller community.

Many of the MP’s framed the discussion as one of the law abiding non-Gypsy and Traveller constituents on one side, and Gypsies and Travellers causing problems on “illegal” unauthorized encampments on the other. Many MP’s did not seem to – or want to – acknowledge the diversity of the UK’s Gypsy, Roma and Traveller communities.

Several MPs also said that we need fairness in law and that the law applies to all of us, suggesting that all Gypsies and Travellers are not abiding by the law.  I believe this is not true and that many laws are designed to discriminate unfairly against Gypsy and Traveller communities.

An example is the 2013 Scrap Metal laws which strictly regulated the scrap metal industry and forced dealers to obtain expensive licenses from every local council where they worked. This law unfairly targeted Gypsies and Travellers who simply wanted to make a living legally by collecting scrap metal. How did this or any of the other legislation in the UK favour the community? Was our needs assessed in any point?

“We are living in one of the “most tolerant countries” in the world?”

Alok Sharma also stated that we are living in one of the “most tolerant countries” in the world, yet there were several outrageous and intolerant comments made by MP’s during the debate and I would like to point out the most striking one.

“…but the fact of the matter is, as we all know in our heart of hearts, whether it is politically correct or not to say so, that there is a much higher level of criminal activity among Gypsies and Travellers than among the rest of the community, and that is reflected in the fact that so many more of them are in prison than from among the population at large (…) We must not pussyfoot around these issues—we must address them head on. The public expect nothing less.”

I would like to ask Mr Philip Davies what his point is here. Mr Davies -  are you worried about us Gypsies and Travellers not receiving a quality education and ending up in prisons, or are you just trying to feed the hatred and stereotypes against us? I know in my heart of hearts that you could not get away with such comment made against any other minority communities. We are part of the public, we expect the government to provide us with the same entitlements. Yet Mr Davies was only one of the MP’s that kept raising crime and other negative issues, the whole time whilst trying to stress the importance on stricter enforcement of the law in order to protect their constituents from us – the Gypsies and Travellers. To my outrage, many uninformed Labour MP’s seemed to back up the conservative agenda.

However, some MP’s were on our side and spoke up in defence of our communities. Laura Pidcock, Labour MP for North West Durham, did point out that Gypsies and Travellers are part of local communities and are constituents as well.

“He suggested making deliberate acts of trespass a criminal offence”

Mr Mark Francois, Conservative MP for Rayleigh and Wickford, was strongly reminded by both Laura Pidcock and Andy Slaughter, Labour MP for Hammersmith, not to allow himself the luxury to identify anyone’s ethnic origin or make a link between someone’s ethnicity and their ability to follow planning regulations, when he attempted to make comparisons between non-travelling Travellers and travelling Travellers. He suggested to adopt the Irish Government’s system of making such deliberate acts of trespass a criminal offence.

Some members of the Labour party were prepared to suggest recommendations. For instance, Tony Lloyd, Labour MP for Rochdale, identified the importance of changing the law by bringing private land into conjunction with public land and about making sure that the police’s powers could be used more effectively.

Furthermore, he stressed the importance of the need of a Government who have a genuine commitment to reduce the level of discrimination in our society.

Andy Slaughter said that since 2010 the Government had systematically taken away the central help from local authorities to provide appropriate Traveller sites. Naturally, he added, it led to increase in unlawful, unauthorised encampments.

I would like to personally express my gratitude towards David Linden Glasgow East SNP for representing our communities.

He really prepared for this debate in an honest and genuine effort to help the community instead of pushing a conservative agenda that simply does not work. He read about the history, he mentioned statistics in housing, healthcare, discrimination, hate crime and education. He even noted that as politicians they are obligated to work with the community and that the tone of this debate seemed to suggest that they are working against us and that they see us as the opposition. I strongly agree with this observation because I had the exact same impression. Furthermore, he warned politicians to moderate their language.

What I came to understand is that regarding the Gypsy and Traveller situation many MPs are still lacking fundamental information or might get their ideas from the media and are greatly influenced by the Big Fat Gypsy Wedding TV show. Their language has to be carefully chosen, as they are accountable to the public, and owe us a duty of care. Improving the lives of this marginalised community is for the benefit of the society. If politicians keep treating us as Gypsies and Travellers who are not part of their constituencies this whole situation will remain a so-called Gypsy question even in the 21st century in one of the most tolerant countries in the World. Looking at the aspect of the majority, the whole of Britain can benefit from accepting this community. In order to have an effective integration strategy we need an accepting environment and the stable economic background. We need to invest resources and energy in to this matter if we truly want to find solutions.

It is obvious that the Government needs to support the local authorities regarding the Gypsy and Traveller cause. If it is not only the Minister of State, Department of Communities and Local Government who can push the agenda further for the required changes, then invite people responsible for education, housing and healthcare as the community is effected by these core elements of the standard of living.

Furthermore, I would like to recommend the formulation of a Romani and Travellers women’s group as part of Parliament. There are a number of educated women in the community who are happy and willing to get involved. The Council of Europe works closely with other Member States on Roma and Traveller Women’s political participation, but the U.K. is not targeted in the current situation. It would be a great practice to start here on our own if we must.

On a personal note, I would like to point out that my briefing on ‘negotiated stopping’ – a practical solution that saves councils money and reduces tensions between nomadic Travelling groups and settled residents was not acknowledged during the debate.

Activist work is not done for recognition, but we do our best to influence the outcome of the current situation. Many Roma and Traveller activists fed in to the debate including TTs Lisa Smith. Giving us the well-deserved credit for our hard work would help us get the attention that our activities require. We are dedicated activists in the field fighting for funding, rights, and equal opportunities and are always willing to take the extra mile for our community.