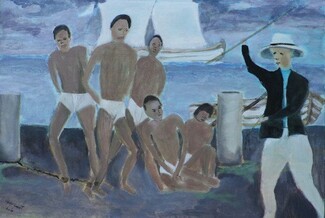 From the earliest times Roma Gypsies have been victims of the slave trade….writes The Travellers’ Times regular blogger, writer and Romany poet Ray Wills.

When Roma Gypsies first came to Europe they were known as "Egyptians" due to their "says" or stories that claimed that they came from Little Egypt and where originally slaves of the Egyptian Pharaohs, though there are no records to prove or verify such accounts or otherwise.

The Byamtas from Afghanistan in 855 AD took up to 27,000 prisoners who were said to be skilled workers in all types of craft with mers, wood and engineering, performers and fortune tellers. They used them as slaves to carry stolen treasures and spoils of war.

At the start of the 11th century King Muhmud of Ghazni used Roma slave warriors in his efforts to destroy all the Sindh and Punjab peoples in India. After a major battle in 1192 AD all these slaves were freed with the majority beginning a long migration towards Asia, North Africa, Spain and eventually into the European continent.

During the Mongol invasion of Europe in 1241, Gypsy Roma slaves were captured and also taken as slaves by the Romanians. A document refers to Roma people in Wallachia in 1385 as aţigani or"heretics". Free and enslaved Roma coexisted alongside one another, with slavery being well established in Romania, the arrival of the Roma made it more of a widespread practice.

Roma slaves worked in the monasteries and mines alongside the Tatar and Ottoman prisoners of war, Romanian criminals and peasants. Others worked the rivers and out in the countryside. With so many of the male population involved in war the state was thankful for this new influx of slave labour, which were used for harvesting or the collection of minerals for their wars.

In 1445, Vlad Dracul enslaved by force around 11,000-12,000 people "who looked like Egyptians"(or Gypsies). A Moldavian chronicle in 1471 stated that when Stephen defeated Prince Radu cel Frumos at Soci, "he took with him into slavery 17,000 Gypsies."

Slaves were often status symbols with the slave-master’s social standing often being rated by the number and kinds of skilled slaves he owned. A visitor to one of the slave estates wrote "The landowner had all that he needed on his estate: cooks, bakers, gardeners, masons, shoemakers, blacksmiths, musicians, labourers, all of them Tziganes (Gypsies)”.

Thousands were cruelly treated by their boyar masters with a wide range of horrific punishments given often for no more than petty crime. Punishments included being shackled, branded, flaying the soles of feet with whips, cutting off of lips, noses and ears, and forced to wear spiked collars or raped, tortured or flogged to death. One reformer commented on the slavery he had witnessed in Iasi: "Human being's wearing chains on their arms and legs, others with iron clamp's round their foreheads,” he wrote.

A female slave’s value was often dependent on her class. Many young slave girls were used as property whilst extra-marital relationships between male slave owners and female slaves were common practice with any illegitimate children being also kept as slaves.

Bukovina Austrian authorities were initially shocked by the harsh treatment dished out to slaves by newly settled refugee slave-masters. But the slave-masters were permitted by the authorities to continue the practice provided such activities took place privately and not in the public domain.

Male house slaves were castrated so as not to present a threat to noblewoman of the house. The diary of Felix Colson, a French journalist, recounts his travels to the Balkans and states: “Although it frequently happens, not one boyar was on trial for murdering a gypsy in his possession.”

Slaves could marry only with the consent of owners, usually through a financial agreement which resulted in the selling of one slave to the other owner or through an exchange. With no agreement the couple were split and their children were divided between the two slaveholders. Marriage between a free person and a slave was initially possible only by the free person becoming a slave although later it was possible for a free person to keep one's social status with children resulting from the marriage also being free. During his lifetime or in his will a slave owner had the power to free his slaves but such instances were rather rare and those that were freed often selling themselves to monasteries or boyars in order to survive.

The Catholic Orthodox Church, itself a major slaveholder was not opposed to the institution of slavery and in the 12th Century thousands of Gypsy families were donated as gifts by the noblemen to the many Catholic monasteries in Serbia, or auctioned at slave auction blocks. The Church of England was also greatly implicated in slavery with slaves being owned by the Anglican Church's Society for the Propagation of the Gospel in Foreign Parts to work their sugar plantations in the West Indies.

At the beginning of the 16th century, monasteries were opening in European cities, the monks bringing with them their Roma slaves. The Romanian Orthodox monasteries were opposed to any order to abolish slavery by Joseph II, Holy Roman Emperor on June 19th 1783 in Czernowitz. The boyars pleaded their case to the Bukovina and Galicia authorities, claiming that the banning of slavery was a transgression against the autonomy and traditions of the province and bondage was the appropriate state for the Roma and was for their own good. In Romania by 1839 there were up to a quarter of a million Tzigani Gypsy slaves.

The British transported Gypsy slaves to the New World where they were sold into slave labour. Many were also deported to the West Indies to work on the Scottish and English plantations in Jamaica and Barbados. It was done, it was said at the time, "to free the kingdom of the burden of many strong and idle beggars, Egyptians, common and notorious thieves, and other dissolute and loose persons banished and stigmatized for gross crimes". British merchants were one of the main participants in the Atlantic slave trade. In 1714 British merchants and planters applied to the Privy Council for permission to ship Gypsies to the Caribbean to be used as slaves and in the following year prisoners were sentenced to be transported to the plantations for being “habitual” Gypsies. Gypsies were also banished /deported from Britain to Australia and America for numerous crimes to undergo imprisonment in camps like Botany Bay.

William Wilberforce led Britain’s slavery reform Parliament passing the Slave Trade Act in 1807. British slaves were finally emancipated by Act of the British Parliament in 1834. Large amounts of monies in compensation were paid by the British government to slave industry stake-holders including to the Bishop of Exeter and three business colleagues for losing 665 slaves.

In Romania during 1830s and 1840s a campaign began to convince the wealthy slaveholders to free their slaves. It was influenced by the anti-slavery movement in the United States and was also given strength by newspaper anti-slavery campaigns and Harriet Beecher Stowe's book ‘Uncle Tom's Cabin’.

Then in 1855 /1856 the Moldavian and Wallachian Assemblies voted unanimously to abolish slavery and serfdom within their pprincipalities with complete legal freedom following in 1864. Roma returned to work on their former masters estates now as free persons. Others settled in villages under the supervision of the local police or joined the nomadic Roma craftsmen and musicians in some areas of the country.