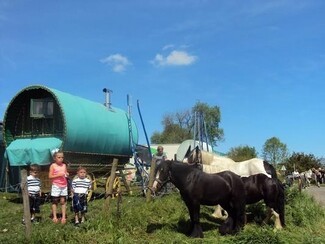 Regular readers will know that in August 2015 the Secretary of State for Communities and Local Government (SSCLG) changed the definition of Gypsy/Traveller for planning purposes.

From that date those Gypsies and Travellers who have had to stop travelling permanently due to age or ill health have been excluded from the definition. We have been arguing since then that the definition is discriminatory, prejudicial, unreasonable and disproportionate especially as regards those Gypsies and Travellers who are old, disabled, in serious ill health or caring for others. As reported previously on Travellers Times, we have now lodged a challenge on behalf of a Gypsy woman called Mrs Nunn.

Unfortunately, when dealing with the question of whether to give the case permission to proceed on the papers, Mrs Justice Lang refused permission. On behalf of Mrs Nunn we are now awaiting an oral permission hearing. We will keep people informed of progress and please do not hesitate to contact us if you have any queries about this.

We remain very interested in hearing from others who are affected by the definition and examples include the following:-

1. Those who lose planning appeals because of the new definition;

2. Those who are not included in Gypsy and Traveller Accommodation Needs Assessments because of the new definition;

Chris Johnson (chrisjohnson@communitylawpartnership.co.uk) is the team leader of the Travellers Advice Team (TAT) at Community Law Partnership (CLP). The TAT telephone advice line is 0121 685 8677 (Mon to Fri 9am to 5pm).