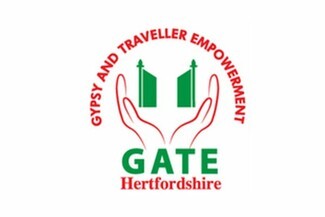 GATEHert’s director Josie O’Driscoll write for The Travellers Times as their Report Racism GRT project releases its first ever report showing how many Gypsies and Travellers they have supported to challenge racism and hate crime. The shocking statistics that the report reveals is that just over four out of five of the 160 people Report Racism GRT supported would not have gone to the police – meaning that without Herts GATE these hate crimes and hate incidents would have gone unreported, unrecorded and unresolved.

In recent years anti-Gypsyism in the UK and indeed worldwide has been at an all-time high, GRT are hiding their ethnicity every day in order to be able to live their lives without being racially harassed and discriminated against.

Recent studies show ethnicity as the most frequently cited reasons for why GRT thought they had been a victim of a hate crime.

This hate incident reporting site and support service run by and for Gypsy, Traveller and Roma communities in the UK by Herts Gate has been used widely since 2016

The project wanted to make sure that true levels of hate crime against our communities are recognised recorded and reported, the website has collected data to evidence the extent of hate crime and we will continue working to ensure the data is accurate and reliable and the victims and witnesses affected receive support when requested.

Report Racism GRT is in its infancy and there is no doubt in our minds of the long journey ahead of us, the important thing is that people are reporting hate speech/ crime and now we have figures for hate crime

By using this reporting tool you have provided Report Racism GRT with evidence to support the case for a more effective government approach to tackling hate crime and hate speech against GRT.

GATE has also worked closely with other GRT organisations to collect data on where, when and the type of hate used against community members.

One of the most asked questions we get asked is.

Will you pass my information on to police?

Our work with police forces will NOT affect your confidentiality.

We would like to thank our Herts GATE hate crime team who work tirelessly monitoring and analysing our Report Racism GRT project.

A big thank you to the organisations who have supported this important project from the beginning.  It’s a first step on a path towards the elimination of discrimination and hate and towards equality for Gypsy Roma and Travellers in the UK.

If you would like any confidential advice, or support to report hate crime, we can help.  We can tell you about your rights and if you decide to report to the police we can do this with you – and get you support afterwards.

GATE Herts is delighted that we are now able to release the first ever hate crime figures for Gypsy Roma &Travellers.