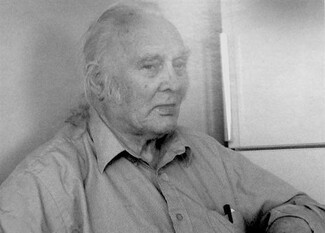 I am sure that Peter Mercer will be remembered and loved by his family and many friends because of his stature and dignity as a wonderful person and human being. To a much wider world Peter will be remembered for being a leading civil rights activist for the Gypsy, Roma and Traveller communities of the United Kingdom and all of Europe. Being of Romany Gypsy heritage himself gave him a natural authority and creditability with his communities and indeed the wider world.

Peter often spoke of his challenging experiences as a child when he was placed in a boarding home run by Catholic nuns. He described the harsh treatment he and his peers frequently received but in later life he was able to overcome the disadvantages and trauma of some of his early childhood years as witnessed by his stories shared with much laughter on how he and his friends would get their own back on the nuns with pranks and deceptions.

In similar relaxed social settings Peter would also talk of his time in the army and his posting to Gibraltar and Cyprus. His reflections again told of his wonderful sense of humour and generosity of spirit. As a young Romany person these intense experiences in the Gaujo (non-Gypsy) world taught him rudely about the ubiquitous race prejudice towards his cultural and ethnic status, but at the same time, provided him with the enviable skill of knowing and understanding both sides of a situation or argument. This stood him in good stead for all the subsequent years when he had to deal with so many conflict situations to seek resolution and peaceful outcomes. This skill, together with his diplomatic style and ambassadorial confidence, was to be seen in effective operation when Peter worked as a Traveller Community Liaison Officer for the Peterborough City Council, as well as when challenging government ministers over sites as the leader of the East Anglia Gypsy Council, which he established, and in many foreign capitals across Central and Eastern Europe. The same skills came to the fore when Peter was acting on behalf of community members in the courts of law or when providing expert testimony before judges when major decisions were being taking related to Gypsy ethnic status and human rights. In the case of the Commission for Racial Equality v. Dutton in 1989, in which Peter’s evidence was critical to the judgement, Gypsy ethnic minority status was legitimised which gave this marginalised community protection under the Race Relations Acts.

When many men would wisely be seeking retirement, Peter became fully involved in the civil and human rights work for Gypsy, Roma and Travellers across Europe. He attended literally hundreds of conferences, seminars and trainings together with organising study visits for young activists to places like Italy, Spain and Bulgaria. As chairperson of European Dialogue he worked tirelessly for ten or more years on projects across Europe concerned with Roma inclusion, human rights and education. These projects were frequently funded by the UK government, the EU and the National Lottery community programme.

Peter was always asked to sit on committees to represent the interests of his communities and always helped by bringing his vast in-depth and informed knowledge and understanding to the decisions that mattered. Such consultation groups were frequently set up by central government ministries including the Home Office, the Department of the Environment and the Department for Education. Peter was always keen on ensuring that members of his community had the right to a good education. He fought tirelessly for the education of Gypsy, Roma and Traveller children and young people. One of his contributions in this important area of rights was to be seen with his active participation in the Stakeholders Group in the Department of Education chaired by Lord Avebury in the period before that department lost interest in 2010 in the education of these vulnerable communities.

His personal achievements were phenomenal and I am sure he will be remembered for his monumental efforts and commitment over decades for justice and human rights for Gypsy, Roma and Traveller communities. The royal award of an MBE could not have been a more fitting tribute to his enormous contribution to public service in the broadest possible sense. I am still meeting people across Europe who remember him with such warmth and respect. He was known and loved by so many activists in this small world which has had to fight for so long and so hard against the mean distribution of justice by governments, public bodies and the media. But his advocacy was always so well judged, dignified and influential. I worked with Peter for many years and I will have nothing but respect and affection for him and his family and the warmest of happy memories. I still remind myself of the anecdote that when Peter ever arrived for a meeting a little late, which was frequently, he would always say, “I am sorry, but I was working on Gypsy time!”. He will be greatly missed.

For me one of Peter’s greatest achievements was the Dutton case, 1989. This case proved that Romany Gypsy people should be classed as a minority group using the Mandla criteria. I feel that his involvement in this case has been little understood and overlooked at times by many and yet it is so important.

In 1994 I attended the first Roma and Gypsy Congress in Seville alongside Peter, we were proud to meet and speak with the Queen of Spain. It was a very memorable occasion, for the first time in Spain’s history the castle was open to Gypsy people and whilst the king and queen were in Seville. Peter was ecstatic.

Peter, Arthur, Sylvia Dunn and I insisted on visiting the people on sites in the city suburbs, they had not had an invite to the congress and there was a protest. The English contingent refused to ride in the luxury coach, quickly put on by the town council (we felt the money could have been more wisely spent) but made our own way to the site called La Paz. The taxi driver was agitated and said for us not to ring him to fetch us back. He promptly dropped us off at the end of a road and wouldn’t go close to the camp, never the less we persevered. Peter had been to many places like this across Eastern Europe, he carefully would work in his own way to make changes.

In 2000 Peter Received an MBE for his civil rights work, something of which he was extremely proud. Peter was still undertaking work and was advisor to many bodies. In 2005 Peter agreed to become chair of the National Federation of Gypsy Liaison Groups and continued to work towards improvement for the Gypsy community. Many Roma people who came to Britain in more recent years knew of Pete and remembered his work in their home countries. He would never undertake anything in a confrontational manner and achieved much by working in this way

Peter attended meetings in Brussels, even later on in years. His great love was mussels in a big dish. We would grab a larger table so I could sit far enough away from him so I wouldn’t be affected by the smell being highly allergic to shell fish, but it was the only thing that he demanded after a day full of meetings.

We made Peter president of NFGLG in 2014 and we shall all miss him greatly. We are thinking of his wife, Ruth and all of Peter’s children.