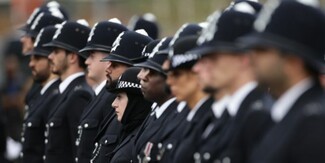 “How do you approach Travellers?” a police Chief Inspector asked me last month at a GATE Herts Report Racism conference, where we were discussing hate crime towards Gypsy, Roma and Irish Travellers. I almost laughed out loud. I’m a Scottish Traveller myself and I just couldn’t understand exactly what he was asking. Though this man clearly wanted to make contact with my community, wanted to build bridges, wanted to help, I felt like laughing in disbelief. It seemed like a joke to me that this question is even on the lips of a senior officer such as himself.

Travellers only want equal treatment from the police, not special treatment.

That isn’t happening at the moment. A Traveller Movement report that came out last week found evidence of racism and racist practice in the police service. They spoke to police officers anonymously and one constable said that “Gypsies and Travellers have been the two ethnic groups where it’s been okay to be openly racist against, almost to the point where it’s expected really”.

Another constable spoke about a time when an officer made a comment clearly heard by all the other officers: “dead Gypsy, good Gypsy”. He wasn’t sanctioned like he would have been if he had made a racist remark against another ethnic group. This is wrong.

Another report by Herts GATE on discrimination against Gypsies released last year highlighted a tweet at the Metropolitan police saying “a tribe of 10-15 pikey wagons have decided to ‘set up home’ in Asda Old Kent Road’s car park. Get on it @metpoliceuk Tried 101 for 13mins”. Rather than challenging the racist term ‘pikey’, the police replied with “Hi Mark, sorry for the delay you have experienced. @MPSSouthwark are aware and dealing. Thanks”. Again, this just highlights the lack of understanding around racism towards Gypsies, Roma and Irish Travellers. The police need to ensure that officers in all forces are more aware when it comes to this type of racism. 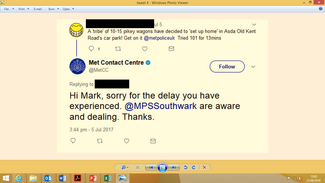 A few months ago, I also met a police officer who is a Traveller but who won’t admit he’s a Traveller at work. It’s no wonder he feels like he can’t when there’s such bias and a lack of understanding about racism towards Gypsies and Travellers. If he can’t even tell his own colleagues about his ethnicity, how can the rest of us feel safe when they know what ethnicity we are?

However, it isn’t all bad. I’ve not had personal bad experiences with the police, though I know plenty of Irish Travellers who have. You’ll get officers that discriminate in every police force, just like you get criminals from every ethnic group, every walk of life. Of course you get criminals in the Traveller community, but it doesn’t mean we’re all criminal. In the same way, just because you get officers that discriminate against Gypsies, Roma and Irish Travellers, it doesn’t mean they all do.

But the police need to take a long, hard look at themselves and stop treating us like we are a different species, like wild animals that can’t be tamed.

“How do you approach a wild tiger?” Well, that you’d need advice for.