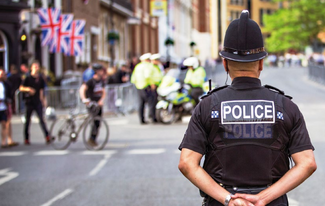 Almost three quarters of police officers believe that Gypsy and Traveller people are prone to crime because of their ethnicity, according to shocking new research released today by the Traveller Movement.

The survey research and freedom of information investigation by the Traveller Movement found that almost three quarters of police officers surveyed identified unconscious bias and/or racist behaviour towards Gypsies, Roma and Travellers (GRT) within the police.

Almost all police respondents to the survey believed the views and attitudes of the wider public influence how GRT communities are policed, particularly when it comes to dealing with unauthorised encampments – according to the Traveller Movement research.

In addition, almost three quarters of police officers describe GRT ethnicity being treated as a ‘risk factor’, reporting that if GRT people were reported to be involved in crime – more resources would be used to deal with it.

Yvonne MacNamara, CEO of the Traveller Movement said that their research raised concernes about how the police discriminated against GRT communities:

“The report identifies some concerning police practice across Britain’s 45 police forces. For example it appears that increased numbers of police officers are deployed to incidents involving Gypsy, Roma and Irish Traveller people compared to other communities,” she said.

“This suggests a bias based purely on ethnicity and a differential policing practice. As the primary agents of community cohesion the police have a responsibility to ensure an equitable police service for all. They need to reach out to the GRT communities and work towards eliminating bias and discrimination in their practice. Our report identifies a number of recommendations and pathways for improving community relations and ensuring better outcomes for all.”

Following Freedom of Information requests to all police forces, the Traveller Movement has also found evidence that the police role of Gypsy, Traveller Liaison Officers (GTLOs) may break equalities laws and called on the Equalities and Human Rights Commission to act.

The Traveller Movement’s research ‘Policing by consent: Understanding and improving relations between Gypsies, Roma and Irish Travellers’ in to relationships between GRT people and the police is the most extensive of its kind and offers personal insights in to the police service offered to GRT people. The research suggests that this is different to the policing received by other communities and is launching at a National Police Chief’s Conference on Friday 22nd June in Cheshire.

Jim Davies, co-founder of the Gypsy, Roma and Traveller Police Association (GRTPA) said that it was no surprise that the relationship between GRT people and the police is characterised by mistrust.

“Historically, the relationship between the police and Britain’s Gypsy and Traveller population has been one of enforcer versus criminal with little recognition of Gypsy Traveller ethnicity and little thought given to Gypsies and Travellers as service users,” he said.

“Whilst things are improving, this is still the case in many situations; it’s no surprise that mistrust runs deeply. For everyone’s benefit, this has to change.”

Seventeen police officers and thirteen GRT community members were surveyed and interviewed across five police force areas in England, alongside the 45 Freedom of Information requests put to all 45 forces across England, Scotland and Wales.

Here are some key quotes from the report:

“ Somebody made a comment very quietly…’dead Gypsy, good Gypsy’…I complained to the sergeant and he [said]…’they are not racist, they are just very frustrated’”

“ That’s something you find a lot of, people using words and phrases which are highly offensive to Travellers…You get that from police officers as well, they’ll use derogatory comments”

“ I was talking to a policeman the other day and he said to me, ‘why are the majority of Gypsies and Travellers criminals?’”

"I've heard some [officers] go 'oh we need a double-crewed unit, we're going on site' and I said 'no you don't at all, just go and speak to the people on there and you'll be fine"

The following extract from the Kent Police’s GTLO job description highlights a role linked with Gypsies and Travellers also linked to criminality:

“To act as the single point of contact within the Gypsy Liaison Team ensuring effective liaison with Serious Crime Directorate (SCD) for the policing of organised criminal gangs…collating data, keeping packages up to date and building intelligence profiles on individuals until dissemination as required, in order to support the SCD in building central records on gang criminality…….”