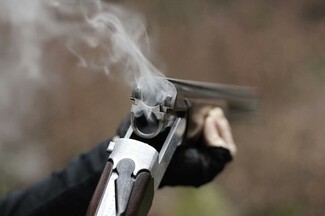 The Traveller Movement has questioned the implications of the not guilty verdicts handed down to two men who shot at two policemen and later claimed in court that it was a case of mistaken identity whilst they were hunting for “travellers” who had just burgled their business.

Jim Davies, Manager of the Equalities and Social Justice Unit for the Traveller Movement, said that the verdicts were “almost inconceivable”.

“I wonder if the same verdicts would have been passed if the accused had claimed the burglars’ had belonged to any other ethnic group than “Travellers”, he told the Travellers’ Times.

Richard Baldwin, 35, and his father Bernard, 63, both of Leighton Buzzard, said in court that they were "seeking retribution", believing they had been burgled by Travellers.

Richard Baldwin fired the legally-owned shotgun three times at a van in which two police officers were sitting.

At Luton Crown Court both Baldwins were cleared of attempted murder.

The jury had been told that after the burglary Richard and Bernard Baldwin went out to look for those responsible and came across a white van containing PC Marcus Myers and PC Russell Mapley parked at a roundabout.

The officers had been on their way to investigate the break-in on 22 September but were told to "stand down" following reports that Richard, of Saturn Close, Leighton Buzzard, had a shotgun.

Both men were also found not guilty of an alternative charge of attempting to cause grievous bodily harm with intent, possession of a firearm with intent to cause fear of violence and carrying a loaded shotgun in a public place.

Richard Baldwin's wife Victoria, 41, was found not guilty of assisting an offender

“The signal this sends is that it’s perfectly ok to use extreme levels of violence in an attempt to seek justice yourself. And it doesn't matter if innocent people get caught up in it along the way. I fully expect the police are as furious and worried about this judgement as Gypsies and Travellers up and down the country are. “

“If a mechanism exists for this judgement to be challenged - it should be. A society, in which extreme vigilantism like this is acceptable, is a society out of control. That should be a worry for everyone.”