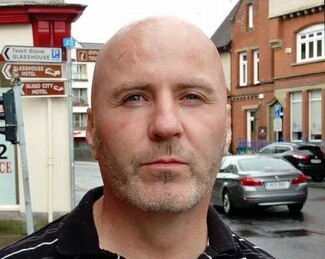 HertsGATE Chair, Traveller Movement campaigner and TT advocate Josephine O’Driscoll, talks about Bernard Sweeney – a man she admires and respects and the Irish Traveller candidate for Sligo in this month’s general elections

February 26th 2016 a day that Irish Traveller/Pavee Bernard Sweeney won't forget, as this is the day he will stand for election in the Irish General Election this month as an Independent candidate for Sligo.

Bernard Sweeney, the Family man and father of four believes that coming from a Traveller background shouldn’t stop anyone from going after what they believe in, saying:

"My life long experiences of discrimination and prejudice has been the driving force behind my fight for equality, but my belief that an injustice to one is an injustice to all means my agenda could never be a Traveller only one"

Having a background in human rights and community development, I've been intrigued and inspired by Bernard's journey.

Closely following his election campaign I've created a short video which I feel captures the intersection between his personal life, society's discrimination against Travellers and how equality activism is part of a global civil and human rights movement. I believe this is what motivated Bernard Sweeney to run in this General Election and I wish him every success and hope that more Travellers will follow in his footsteps in the future.