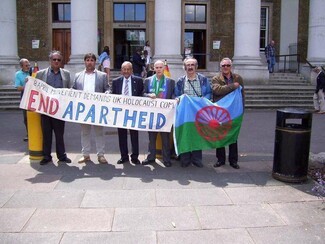 We, Gypsy Council, condemn the broadcasting on 4th of February of the Channel 5 program “Gypsies on Benefits & Proud” as we condemn any association of any Anti-Social Behaviour with any national and ethnic group.

We are intrigued by the fact that are people coming in UK only to abuse by UK’s Welfare System, but this is not a characteristic of Gypsy, Roma and Traveller communities and associating this with our communities is only promoting antigypsyism in our society. 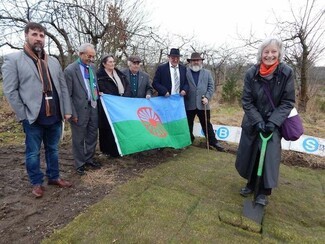 It’s hard to believe that an institution as Channel 5 in UK, one of the most democratic societies in the world can have such an attitude and promote hate, racism, xenophobia and antigypsyism with no consideration of what effects may arise following the broadcast, especially in the Brexit context and a far-right movement on a rise!

Does it make us feel better if the Welfare System abusers are whiter or British nationals? The abusers, anti-socials, criminals have no racial, national or ethnic belonging. How we behave in society is our individual responsibility and our families, friends, neighbours and co-nationals cannot be associated and they cannot be held responsible for our actions.

Choosing the name “Gypsies on Benefit & Proud” and trying to persuade that Gypsies and Roma are the only people who are claiming benefits was a real disaster with unpredictable consequences.

After one week BBC 4 broadcast the program “A Very British History: Romany Gypsies” a program in which were presented our history, culture, language and customs, elements which determine a national and ethnic identity.  Civil Rights and Obligations has nothing to do with national and ethnic belonging and citizenship obligations are individual responsibilities. 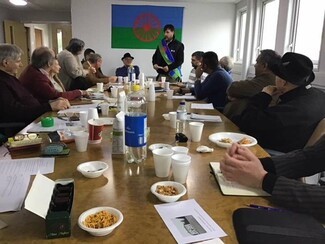 How could anybody have such a hate attitude without taking any responsibility for the effects and not being held accountable their acts?

Discrimination attitudes is only widening the gap between the marginalised groups and the mainstream society and the situation is only getting worse. It also, gives the sentiment of entitlement to the discrimination acts of the racists and xenophobes and even worse encouraging the institutional discrimination.  Speaking about benefits, no one will benefit of this.

Media institutions, especially the large ones should take the responsibility for the messages they communicate to the public and be aware of the impact they may have on the society.

We demand public apologies and recognise that associating any of Anti-Social Behaviours with Gypsy, Roma and Traveller communities is a mistake!

Hoping that you acknowledge the risks and prejudices our communities may face following your program, thank you in advance!