A Wiltshire councillor has been criticised by other councillors, the Council Leader and a chaplain, after making a racist comment about Travellers during a council cabinet meeting intended to tackle solutions for unauthorised Traveller camps.

Councillor Matthew Dean was speaking about the proposed emergency stopping places for Travellers, at the cabinet meeting in Trowbridge Town Hall on July 3rd, when he added that; “we are all of course praying fervently that these places are not in our own divisions”.

Stunned councillors immediately distanced themselves from the remark. Councillor Jerry Wickham was the first to slap down Cllr Dean, followed by the Council Leader Baroness Scott of Bybrook, OBE, Leader of Wiltshire Council. Then Councillor Richard Clewer added that the remark was “not justified” and that there have been similar approved stopping places in Wiltshire before and they have had no complaints “whatsoever”.

The Travellers’ Times contacted the Reverend Jonathan Herbert who has been supporting local Travellers worried about Wiltshire Council’s controversial proposal to sell off two of its public permanent Traveller sites. Reverend Herbert was at the cabinet meeting for the next agenda item and had spoken on behalf of the residents – unaware of the ruckus that had taken place ten minutes before. 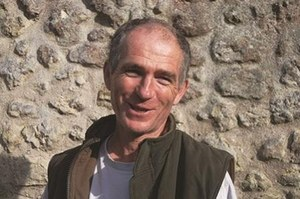 The Church of England Chaplain for Dorset and Wiltshire’s Gypsies and Travellers described the remark as embarrassing and racist, adding that a complaint about Cllr Dean’s conduct had been made by one of the Travellers.

"I was shocked and embarrassed to hear an elected member make a racist joke about Travellers in the Council Chamber, particularly as I had a number of Travellers with me who'd come to speak, said the Reverend Herbert.

“At least other members of the Council quickly criticised him as did Baroness Scott,” he added.

A Wiltshire Council spokesperson told the Travellers’ Times that they did not condone racist language or behaviour, adding that they valued good relations with their Gypsy and Traveller communities.

“Wiltshire currently does not have temporary emergency stopping places for Gypsy and Travellers in the county so our cabinet has backed a plan to provide temporary sites,” they said.

“We will now identify three locations on council or public sector-owned land across Wiltshire where Gypsy and Travellers can stay for a short time during the travelling season from April to November. Space will be provided for 4-6 pitches to include a hardstanding, fence, access to utilities, and rubbish skip.”

“The sites will be an effective means to review the needs of Gypsy and Travellers in the county and will help to manage unauthorised encampments.”

“We do not condone racist language or behaviour and value good relations with our Gypsy and Traveller communities. Their feedback on potential sites will be an important part of deciding the final locations.”