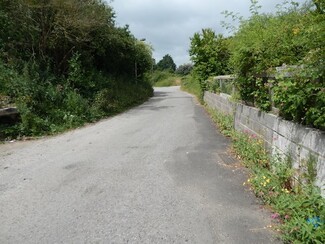 Wiltshire Council proposes to sell two of its permanent Traveller sites because they need refurbishment – but what does that mean for the residents? A Travellers’ Time investigation.

Residents of two of Wiltshire’s public Traveller sites, worried about the recent announcement that the council are considering putting them up for sale, have been reassured that there is no need for concern.

Wiltshire Council announced last week that it was considering selling Dairy House Bridge and Oak Tree Field. The council claims this is the best option for the much needed improvements for the sites. The council added that it would consult residents before making a decision.

The Travellers’ Times has been contacted by a number of residents of the two sites – which are both near Salisbury - who are worried they will lose their homes. The question on the minds of some residents is if the sites are sold - who will they be sold to, will they remain as Traveller sites, and will their rights be protected? We approached Wiltshire Council with their concerns. Responding to our requests for answers, a Wiltshire Council spokesperson said:

“We’d like to reassure tenants any transfer of ownership will only be on the condition this remains as a Gypsy and Traveller site so there is no need for concern.  No one will be required to leave their pitch.  No decision has been made and we want to hear residents’ views on this option which would ensure necessary improvements can be made to both sites for the benefit of those living there. These views will be taken into consideration as part of the decision making process.”

The Travellers’ Times has now lodged freedom of information requests with Wiltshire Council to try to find out if they have been in discussion with any potential buyers. 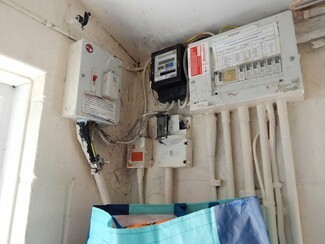 Damp and dodgy electrics in a day room at Oak Tree Fields. You don't have to be a rocket scientist to know that water and electrics don't mix

The sites could also be sold to a private developer or landlord and there are also many examples across the country of really well-managed private sites with rented pitches on them. The main problem is that there are not enough sites, regardless of who runs them. However, the Travellers’ Times contacted legal experts who told us that private developers are unable to access government grants for refurbishment, which is why Wiltshire Council say they are selling the sites – because they say they need refurbishment and the council can’t afford to do it. The Travellers’ Times has visited Oak Tree Field and seen the poor and unhealthy conditions on the site for ourselves, and has heard how hard some of the residents have been fighting for better conditions. Both sites in the proposed sale have been the victim of years of neglect from the council.

What concerns us at the Travellers’ Times, is that in their announcement Wiltshire Council name three other councils - Somerset, Bucks and Hampshire - who have sold their public Traveller sites in the past - and Wiltshire say that they are considering doing what those councils did. We decided to try to find out what happened to the sites those three councils sold – as it might then give us a clue as to what Wiltshire Council was planning.

The Travellers’ Times contacted the press offices of Somerset, Bucks and Hampshire Councils to find out when and to whom they sold their sites to. Somerset and Hampshire councils replied with some answers to our questions by the time of going to press. Bucks did not get back. The Travellers’ Times will continue to pursue Bucks council for answers and will use freedom of information laws to force them to answer us if necessary.

Somerset Council would not say who they sold the sites to, but admitted that they did sell four permanent and one transit site in 2011. Through separate research the Travellers’ Times discovered that the sites where sold to a company called Somerset Travellers – which changed its name to Somerset Country Parks Ltd in early 2014 when a new director took over. In October 2014 the company was dissolved. At the time of going to press, we do not know who owns the Somerset sites now, but we will find out by doing some more research and scouring the land registry. 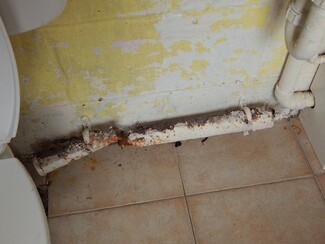 1)      The council sites are protected by the Mobile Homes Act 1983 which means the new owner must provide a written statement and that statement must contain the owner’s name, registered office if any and address. Wiltshire Council will then continue to licence the site and must have the owner’s details. (TT interpretation – this begs a few questions about Somerset and Hants seeming to not know who owns their ex-public sites now).

2)      Before selling a site or sites a council must carry out a consultation process in which residents must be involved. We would be happy to advise individual residents on such a process.

3) If a transit site was sold to a private owner it could no longer be used for purposes of CJPOA 1994 s62A. (TT interpretation: This is the powers police use to direct Travellers on unauthorised camps to transit sites – they can’t do this if the transit site is in private ownership. Currently Wiltshire are not proposing to sell their transit site – but it is on land adjacent to Oak Tree Fields).

The lawyers also said they would be happy to assist any of the residents of the two Wiltshire sites and that they could ring them for free legal advice on their Gypsy and Traveller helpline.

The Travellers’ Times would like to make it crystal clear that we are not suggesting that any of Somerset, Bucks or Hants sites are badly managed – whatever question marks hang over who owns them. We simply don’t know how they are managed – or even whether they are all still being used as Traveller sites - and we also think it’s important that the council should keep track of who is the owner, especially as there is also a legal requirement for them to do that.

The residents are also being assisted by an advocate from Wiltshire Racial Equality and Wiltshire Traveller Chaplain Jonathan Herbert.

The Travellers’ Times will stick with this story as it develops. More to follow. 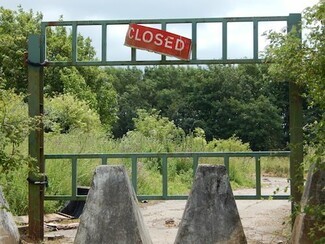 The closed and mothballed transit site next to Oak Tree Field. It was still closed last summer

Main picture - the main drag at Oak Tree Field Traveller site - also the only communal space in which the children have room to play. All pictures (c) Mike Doherty