Memories from a Romany childhood P6 by Chris Smith 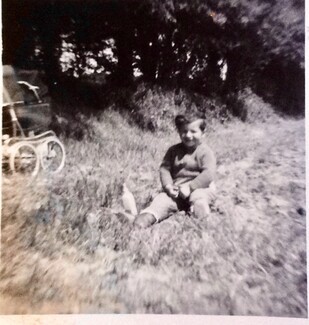 This week we are pleased to bring you the sixth story in the series ‘Memories from a Romany childhood'  by Romany Musician and previous TT manager, Chris Smith from Herefordshire.

Memory is a strange thing. I read, heard, or saw somewhere that what we really have are memories of memories. Memory is not stable. Different recollections come at different times, not in sequential order, but the really strong ones stay with you. So it is with these.

My first memory, more of an impression of pictures on an old-time projector really, is of tipping me pram over. I liked to bounce while in me pram, often listening to the radio at the same time as sucking on a bottle of milk. I was parked at the end of the strawberry row and me Mam and sister Mary, who at the age of twenty-two was radiant and just married, were gradually getting closer, picking slowly towards my pram that I was happily bouncing in. 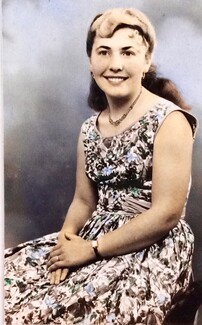 I was two years old the day that I jumped backwards causing the Silver Cross model to flip into the air, landing on top of me. I was laying in the gap under the pram and could see my sister and mother running towards me. My sister, being younger, reached me first and picked the perambulator, for that’s what it was, shiny, sturdy, and strong, from off me. As she looked down, and Mam arrived looking panicked, I began to laugh loudly. My sister smiled at me, and then said “ He’s alright, it might teach him a lesson about bouncing”. It didn’t.

The day, a year later, that I first saw and spoke with the man wearing the blue suit and trilby hat, I was enjoyably ensconced playing in the dirt. It must have been near to hop-picking time because the rich scent of almost ripe hops, warmed in the late summer sun, surrounded me. The man spoke, and I looked up to see him sitting on the nearby telegraph lines, legs dangling in the air. 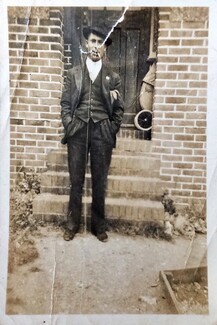 A Smith Family member in a suit and hat similar to the Blue Man.

This didn’t seem remarkable to me in any way. It was as if he’d always been in my life. I knew him, and he knew me. He asked how I was feeling and I replied affirmatively, although at just that moment I noticed a slight discomfort in my belly. He smiled warmly and said to tell my Mam and Dad to take me to the hospital without delay. He explained I would be spending some time away from home, but that I shouldn’t be afraid, as everything was going to be alright

I did as he asked. I’m sure my parents must have been sceptical or even disbelieving, but that’s not how I remember it. My memory of it is that they didn’t hesitate in believing me. With the pain in my stomach growing feverishly, my brother Len, who had recently passed his driving test, was dispatched to get the motor ready. Mam urged me not to tell the doctor about the man in blue. She didn’t say why though.

I’m unsure of how long I spent in Hereford hospital, however, I know that I had to spend six weeks recuperating at St. Mary’s in Burghill, Herefordshire. Gastroenteritis was a serious illness for a small child in the early sixties, and St. Mary’s was at the time used as a convalescence hospital. Me Mam rode with me in the ambulance from Hereford,  with me Dad and uncle Aldy following behind in my uncle's van. 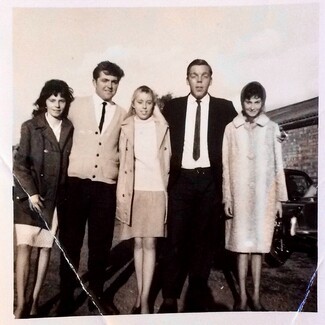 Chris Smith's brother Len Smith, (on the left) with his then girlfriend Beryl (in the middle) early 1960’s.

I cried when they had to leave and was only consoled by the teddy bear me uncle had bought for me. I kept that bear well into adulthood, not having the heart to part with it. The nurses were wonderful. Wearing fashionable 1960’s uniforms topped off with small round hats. Most of the building was occupied by adults with only three or four children on our ward, separated by half glass walls so that we could see each other, but not touch or interact physically.

The nurses spent many hours with us, ensuring that we were happy and comfortable. I was the youngest child and as I grew stronger, was allowed to follow the nurses around whilst they completed their daily tasks. The place I loved best was the laundry room. A vast space that was filled to the ceiling with varying sizes of cane laundry baskets.

Matrons were still firmly in charge of hospital wards and one particular nurse was not keen on the starchy matron at all. She persuaded me to hide in one of the baskets and to jump up and roar loudly when Matron passed by. When I did this, Matron, who was very shocked, and then annoyed, shouted sharply at me. The young nurse who had encouraged me rushed in and scooped me up saying to the Matron that ‘boys will be boys’ and then took me to the kitchen for ice cream, laughing and humming a popular tune as she carried me. 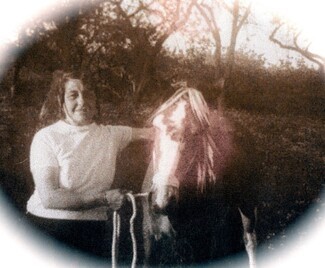 I saw and spoke with the man in blue on several occasions in the intervening years before beginning primary school. Sometimes I told Mam and Dad about these encounters, sometimes I didn’t. It was no big deal to me. It appeared perfectly natural in fact. For many years I thought little about the man in blue and he hardly figured, except for the odd occasion. When I was well into adulthood, he entered my life again, although I don’t think there was ever a time when he wasn’t around.

In 1993 or 94, I was driving to a Brickshed gig at the BBC. I was in the middle lane of the M5 driving, alone, towards Birmingham. The early morning traffic was heavy and all three lanes were full of cars, vans and trucks. About two cars ahead of me in the inside lane was a large truck carrying huge, cast, underground pipes. The truck indicated that it was moving into the middle lane where I was doing around sixty miles an hour in my Mondeo. Suddenly I heard the man in blue’s voice. It said clearly; ‘move into the inside lane’. 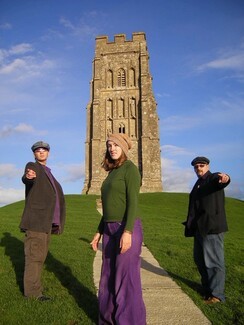 I did as requested without hesitation. And watched in horrified awe as two pipes started to move away from the load ahead of me. The traffic in the inside and middle lanes, including me, started to slow down trying to keep as much distance between ourselves and the truck as possible. While the vehicles in the outside lane sped up to try and get in front of the truck and alert the driver.

The first pipe hit the tarmac and a car in the middle lane ahead smashed into it, with pieces of different sizes raining down over the road. The second hit and broke into two main segments. One-piece rolled into another vehicle and disintegrated with the force of the cars impact, whilst the other part flew high, spinning, end over end through the air as if in slow motion, and landed on the roof of the car next to me in the middle lane, exactly where I would have been had I not changed lanes when instructed to do so. It was miraculous that nobody was seriously injured, and neither I or my car had a scratch. I was grateful that the man in blue chose to intervene in my life again. It was not to be the last time.