Memories from a Romany Childhood P5 by Chris Smith 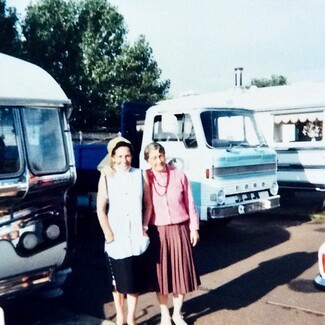 This week we are pleased to bring you the fifth story in the series ‘Memories from a Romany childhood'  by Romany Musician and previous TT manager, Chris Smith from Herefordshire .

When I think of the late 1960’s and early 1970’s they seem like halcyon days.....writes Chris Smith. Summers full of the heady aroma of flowers in bloom, or winters with snow so deep that you could walk upon a hedge thinking it was the road. It isn’t quite the full picture though. The 1970’s in particular was a time of high unemployment with many strikes and rolling power cuts.

None of this mattered to me as long as I had music to listen to. I loved bands such as Slade, Mud, and The Sweet. My personal favourite though was less trendy, The New Seekers, a harmony group, who between 1969 - 1974 had huge success across the globe with hits like ‘Circles’, ‘I’d like to teach the world to sing’ and ‘Beg Steal or Borrow’. It was whilst playing their latest hit ‘You won’t find another fool like me’ one day in 1974, that me Dad came home early from work and announced he and a fellow worker had been made redundant.

I knew this was something that could impact all our lives, but probably didn’t understand the full ramifications of what it meant. We were lucky in that we didn’t really want for anything. We always had enough food and decent clothing, and me Dad kept a large well tended garden and enjoyed growing a wide variety of seasonal vegetables. Dad had worked on a farm in Monkhide, Herefordshire, for more than twelve years along with several of his brothers and sisters, who also stopped there, in fact staying there for the remainder of their lives.

Due to the increasingly mechanised form of farming, it meant that many labourers were no longer required to keep the farms going. Older men like me Dad, who was then in his early sixties, were often first in the line of fire for redundancy. One of Dads younger brothers, me uncle Aldy, stopped with us and was employed at Claston Farm, in Dormington, Herefordshire.

Uncle Aldy was a lovely man who had his heart broken when me Mams sister, aunt Tilly had married Johnny Jones. No other woman came close in gaining his affections and he remained single for his entire life. He had been in the army during the Second World War, although he spent much of the war locked up for poggering a senior officer who he had overheard making derogatory remarks about Travellers. 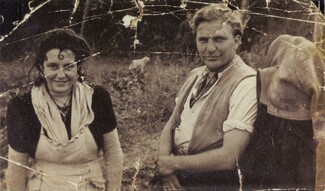 When uncle Aldy returned home that evening, He, Dad, and Mam talked long into the evening around the campfire about me Dads predicament. I carried on spinning records only half listening until I heard Dad say that there had been no warning of redundancy and no severance pay. This made me look up sharply and say “they can’t do that”.

All went quiet for a moment and then Dad asked what I meant. I explained that I had learned about employment law at school a few months earlier and that when people were made redundant they were due to receive severance pay from their employer as long as they had been employed for over a year or had a contract.

There followed a discussion about the chances of winning if me Dad took the farmer, who had also been a magistrate, to court. Dad and Mam thought there was little chance of success, and worried about the cost of a solicitor against what they might be awarded but at one point uncle Aldy said that Dad could represent himself. Although Dad had taught himself to read and write, his handwriting and spelling were poor. I piped up that I could fill in all the forms and go with him to court. Me uncle Aldy winked at me and looking at Dad said “What have you got to lose?”. 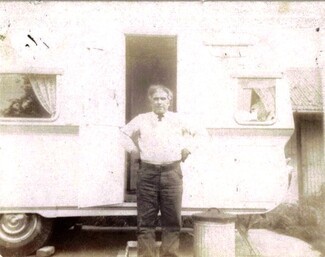 The following Saturday I went to the library in Hereford and took copious notes whilst reading and re-reading The Redundancy Payments Act 1965. I felt sure that me Dad had a case for wrongful dismissal, and several months later the case was heard at the magistrates court at the Shirehall in Hereford. So, at the age of thirteen I took the day off school and accompanied me Dad to court in order to represent him in the case.

I recall that the farmer looked annoyed to be in the courtroom at all, and when the magistrate asked “Is there anything you would like to say Mr Smith?” Dad stood up and said “My son will speak for me sir”. The magistrate and the Farmer both looked shocked as I rose to my feet wearing my school uniform and began reading the salient notes that I had taken with me. I noticed that the magistrate and farmer, who was in the witness box, kept glancing at each other.

When I had finished the farmer tried to say that me Dad was not capable of completing the work load expected. This incensed me inwardly, but on the outside I remained as cool as I could given the circumstances,  and asked the farmer if he had issued my father with any warnings either verbal or written. He reluctantly admitted that he hadn’t. The magistrate gave the farmer a long knowing look, then said quickly that he was adjourning the case for seven days and hoped in that time the parties could come to some resolution. 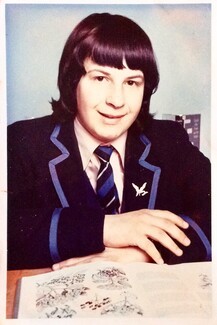 As we left the court Dad put his hand on my shoulder and said “Thank you my boy” I replied that we might have rattled them and Dad said quietly “Yes, I think so”. That evening my uncle Herbert, another of Dads bothers arrived at our tan and exclaimed that whatever had happened in court had angered the farmer immensely, and that he had been in a foul mood all afternoon and was spotted kicking buckets around the farmyard.

Several days later me Dad received an offer of settlement through the post of quite a considerable sum for the time. Enough indeed that Dad didn’t need to worry about getting another job in a hurry. In fact me Dad never went back to full time employment, instead doing seasonal work when he chose to, and calling when he fancied it until he retired. He enjoyed a freedom from the grind of labouring in his later years that many others had no option but to endure. 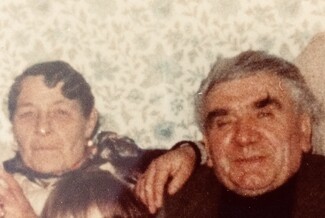