The dark road to tyranny in 21st century Britain? 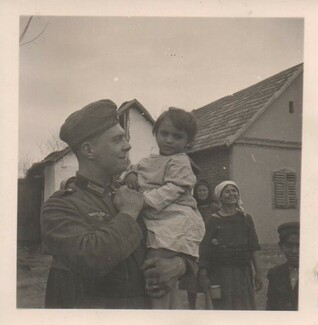 “There is disturbing evidence that small steps are being taken along the dark road that could eventually lead to tyranny,” and Brexit is key to this, writes Debra Hughes.

Less than 80 years ago, Nazi Germany and its allies committed a campaign of genocide on the Roma people, the Porajmos, carried out alongside the Holocaust that killed millions of Jews.  Around a quarter of Europe’s Roma, between 250,000 and one million were murdered or died from disease and starvation, with some in horrific conditions at camps such as Auschwitz-Birkenau.  Others were deported, persecuted and interned.

No wonder the Gypsy, Roma and Traveller community is particularly sensitive to any sign that a country might be moving towards a dictatorship such as Hitler’s. And it’s a concern I feel particularly keenly, given my own Romany heritage.

So should we worry, here in 21st century Britain – and beyond?  And are we witnessing something similar now?

Let me be clear: I don’t for a second suggest we’re about to see concentration camps and gas chambers constructed here in Europe.

But dictatorships rarely appear overnight. Frequently there is instead a gradual slide along the road from democracy to dictatorship, as we saw in Nazi Germany, Robert Mugabe’s Zimbabwe or Slobodan Milosevic’s Serbia.

People aren’t being seized in the street or tortured as enemies of the state. But there is disturbing evidence that small steps are being taken along the dark road that could eventually lead to tyranny.

The tactics employed by would-be dictators are well documented:

I’m sure we can all recognise these mechanisms at work to some degree in Britain in 2019.

First, the economic backdrop. By the 1930s, Germany had experienced more than a decade of hardship since the end of World War I. The slump was partly due to the harsh penalties exacted from on Germany after the war but conditions were exacerbated by the Wall Street crash of 1929 which led to an international depression. These circumstances made it easy to exploit prejudices and blame minority groups for society’s misfortunes.

In the UK today, we’ve had a decade of austerity, cuts to public services and to police numbers, increases in the use of food banks and more rough sleeping, and more zero hours contracts.  Longer term, the fabric of British society has changed. Millions of jobs in traditional industries such as steel, textiles and shipbuilding have gone as the works has moved abroad. Cuts to council funds have closed youth clubs, community centres and libraries.

People are angry and in such circumstances it’s very easy for unscrupulous politicians to try to earn political capital by finding others to blame – and the EU, along with EU migrants, have been convenient scapegoats.

The European Economic Community (EEC) was created as a direct result of World War II, with the original aim of never allowing such human rights atrocities to occur ever again. It was an aspiration to create peace and prosperity for Europe, born out of tragedy – and one that succeeded. 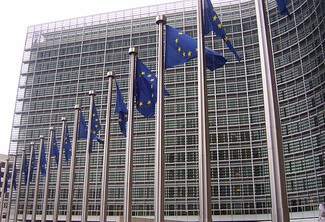 Yet anti-EU politicians and press have ignored all the EU has achieved and instead portrayed it as an evil super state, flooding Britain with migrants.

The narrative created by the right-wing press that EU migrants are a burden on our society is completely false. In fact, EU immigrants contribute on average £2,300 a year more to the UK economy than do native Brits. Over their lifetimes, they pay in on average £78,000 more than they take out from our public services and/or benefits.

As well as migrants, Travellers are another minority group that has come under sustained attack. 25 years ago councils were told they no longer needed to provide sites and now the Home Secretary, Priti Patel, has announced proposals to give the police more powers that appear to be directly targeted at the Traveller community. Police would be given the right to confiscate the vehicles of anyone they suspect of trespassing on land with the purpose of residing there–a move that’s been described as “legislative cleansing”.

Many of us may remember Nigel Farage’s infamous UKIP Breaking Point poster, in which he misleadingly used a photo of genuine refugees seeking asylum in Eastern Europe to suggest millions of migrants were coming here to scrounge on benefits and ‘take our jobs’.

Suppressing Parliament and the courts

Would-be dictators not only stir people up against minorities but against any institutions that might frustrate their grip on power. And we have seen this starting in Britain with the Conservative and media onslaught on Parliament and the courts, both of whom uphold democracy by being able to scrutinize, challenge and prevent government acting dictatorially.

Former Prime Minister Theresa May wanted to bypass Parliament and use the Royal prerogative––ancient ‘Henry V’ powers––to trigger Article 50 after the Brexit referendum. This rightly caused outrage because government is not above Parliament. When campaigner Gina Miller won her case against the government, forcing our sovereign parliament to vote on the issue, the right-wing press denounced the judiciary as “enemies of the people”. And yet our democracy depends on a fully functioning court system with independent judges to uphold the law and–in part–to hold the government to account.

Prime Minister Johnson has recently tried to bypass Parliament further by unlawfully suspending (or ‘proroguing’) Parliament. Again, the courts were there to test the limits of the Prime Minister’s legal powers and uphold our longstanding democratic principles.

Now it appears from the Conservative manifesto that Johnson wants to retaliate. A chilling passage reads: “After Brexit we also need to look at the broader aspects of our constitution: the relationship between the government, parliament and the courts.” What does this mean? IS Johnson set on reducing the powers of both Parliament and the judiciary, so he can act in future with less – or no – interference from either body.

Again, it’s not Hitler as yet – but there is a sinister parallel here with the Enabling Act that allowed the Nazis to rule by decree without consulting parliament. In other words, a dictatorship.

The Prime Minister’s decision to prorogue parliament also shows a desire to avoid scrutiny that we see repeatedly. Not only in his unwillingness to be interviewed by the BBC’s Andrew Neil  and in his ongoing refusal to release the report on possible Russian meddling in British democracy despite the report having been cleared for release by government intelligence services MI6, MI5 and GCHQ.

The possibility of foreign interference in national politics, including Brexit, this raises the last and perhaps most powerful tool wielded by the world-be dictator - centrally orchestrated propaganda. The Netflix documentary The Great Hack explains how the Brexit referendum was won with the help of military-grade psychological warfare on the unsuspecting British public, coordinated by Cambridge Analytica and Dominic Cummings, now the Prime Minister’s special advisor. This of course followed decades of EU-bashing by the British press, notably by one Boris Johnson, describing it as the Fourth Reich, when in fact it had preserved peace.

And the propaganda machine rolls on.  Google have recently banned eight Conservative Party election adverts amid mounting concerns about their use of disinformation and fake news. The BBC’s fact-check of Johnson’s weekend BBC interview with Andrew Marr shows Boris Johnson made five false claims. 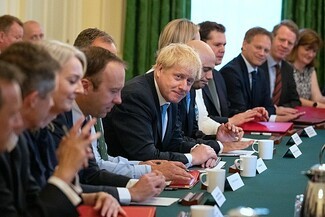 With populism rife, it’s easy for falsehoods to slip under the radar. With politicians talking in soundbites, we’re offered dumbed-down arguments and simplistic solutions to complex problems. And when we have senior politicians such as Michael Gove publicly expressing contempt for experts offering a more nuanced view, we create the impression that an uninformed opinion carries equal weight to that of trained professionals.

It is another common feature of demagogues to attack intellectuals such as lawyers, academics and teachers. Stalin sent writers and academics to labour camps. Mao Zedong’s ‘cultural revolution’ saw teachers beaten to death.

So I worry about the levels of propaganda, nationalism, populism and scapegoating adopted by our current government and its media allies. And I am not alone.

Steven Knight, who wrote the TV series Peaky Blinders, in which he featured the fascist MP Oswald Mosley, said: “My hope would be that viewers know that history was the judge of Mosley, as it will be of all those people who offer simplistic solutions to complicated problems.” 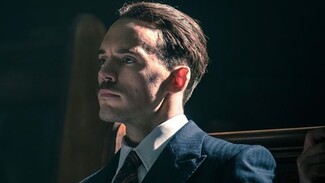 All of these trends have contributed to Brexit, which I consider as a project of the extreme right, and one we must resist vigorously.

I believe Brexit it is a disaster for our national economy, for minorities, and for our younger generations.

It’s heartbreaking to me to think that not only myself, but also the younger generations in my family, and in our nation would be robbed of the great opportunities and privileges the EU has to offer.

For these reasons, I believe we must put an end to extremism by stopping this Johnson government. That will mean voting tactically in this election. Wherever the Tories hold a seat now, we must vote for the party most likely to replace them. In some cases, this will mean voting for a party that isn’t our first choice. This will be unpalatable to some, but there will be time enough to sort out the rest later.

It will send a message that their extremism is not tolerated by the vast majority of the reasonable, moderate citizens of this country, and will buy us all time to have a sensible grown-up debate about Brexit.

This election may be the last chance to get such a People’s Vote on the terms of Brexit, and to stop the Tories dismantling our democratic protections. Please use your vote wisely.

You can also swap your vote with someone who will cast a vote for your preferred party in exchange for you voting for theirs. See: https://www.swapmyvote.uk/

(Lead photograph: A German soldier with a Roma child during the Nazi conquest of the Balkans © from the Romany Collection of Robert Dawson. All rights reserved. www.robertdawson.co.uk.)