Kitchener, Ontario Canada and Orewa, New Zealand June 25, 2019 – A collaboration between two Romanis of Welsh Romany ancestry – Frances Roberts Reilly and Bob Lovell - living in Canada and New Zealand, has led to the funding of a heritage project to preserve the Welsh Romany language for future generations, as well as breaking free from the legacy of the Victorian linguists whose impact has dominated interpretations of the Welsh Romani language for too long. 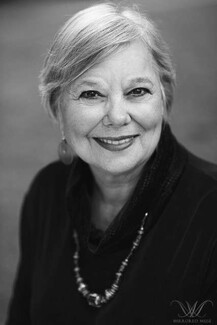 “This project is a perfect fit for the first John Roberts Heritage Fund investment,” says Frances, adding, “he was the first to write down what had been an oral tradition in our culture for centuries. “However,” says Bob, “While it is true he wrote it down for these Victorians who recorded our chib – language - in doing so they misused the language and in ways it was never meant to be spoken in everyday life.” Frances agrees, “The way forward lies in keeping alive what is left of our Roma/Gypsy language, ethnicity, identity, belonging and culture for future generations, while honouring John Roberts, a proud Welsh Rom.”

Frances Roberts Reilly, President of the John Roberts Heritage Fund and Robert (Bob) Lovell Kamulo – award winning singer/songwriter have created live recordings of a language that was thought dead. They plan an e-book as a companion to the recordings, edited by Joel Therrien PhD. The fund has engaged Kutchibok Design in Cardiff, a Rom owned and operated business for logo and website design for a website where listeners can register, download and study the material. 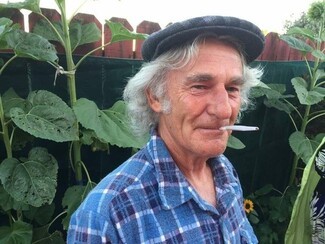 Bob Lovell, award winning singer/songwriter, learned his fluency in Romanus from his father

Bob Lovell learned his fluency in Romanus from his father, Adolphus who was born into the traditional Romany life of travelling with horse and vardo. He was born at an Atchintan – stopping place at the Rom camp in the Upper Race, Pontypool, South Wales. Adolphus went to New Zealand in 1947, stayed and raised a family.

“Shikawa Romanus gives you a very rare and precious insight into the Welsh Romany community, their language and history, and I for one am so grateful it has been made,” says Damian Le Bas, award winning author of The Stopping Places: A Journey Through Gypsy Britain.

“The Shikawa Romanus project seeks to preserve our language as the primary base for our Romany identity”, says Frances. A commitment made possible by the John Roberts Heritage Fund/Cronfa Dreftadaeth Telynor Cymru/Welshengerie Noyelus Kova. The program is offered free with registration. Register at: www.welshkale.com