#Breaking stereotypes back to school campaign 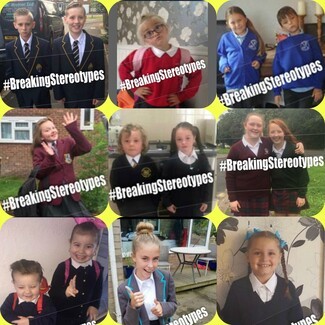 In 2016, I took a picture of my girls as most proud parents do on the first day back to school in September...... writes Sherrie Smith.

I put it up on my personal facebook,  Josie  O'Driscoll  CEO of GATEHerts posted a picture underneath of her grandchildren Phillip & Dermot looking smart for their first day at secondary school underneath and added,  “breaking stereotypes."  I looked across facebook and there were so many of my Gypsy and Traveller friends and colleagues doing the same,  parents, proudly posting back to school pictures.

We then decided to post them on our GATEHerts social media pages and Mums and Dads started to send them in for us to post.

Last year we did not think much about it as September came around, but we received #BreakingStereotypes pictures from other national organisations who had been sent the pictures of children in school uniform to put online.

We posted them and more and more came in. It has gathered momentum on its own.  Parents clearly wanted to support and show that their children did not fit the stereotype that the media like to put on us.This year we have already had enquiries, so we want this to grow to show that we are not a stereotype!

We are individuals, we do send our children to school, nursery, secondary schools. If our children are treated fairly and protected from name calling, discrimination, bullying and isolation at school then our children are keen to learn,. They are intelligent, diligent and many do go to school!

If you would like to get involved in the campaign send your pictures to: info.GATEHerts@gmail.com or alternatively post them on  GATE Herts or Report Racism GRT  facebook pages