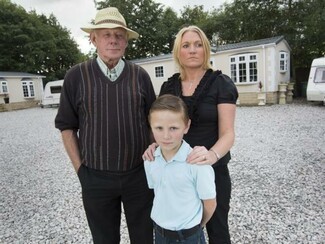 A council has deleted over 50 objecting comments from their online planning consultation for a private Traveller site in Chorley, Lancashire, after warning respondents about “abusive and offensive comments”.

In the email sent last week by Chorley Council to everyone who submitted to the consultation – obtained by the Travellers Times’ - the council also warned respondents about leaving racist statements that would put the council in breach of the law - and flagged up its legal duty to foster good race relationships.

The consultation is for a planning application made by the Linfoot Romany Gypsy family and is their third attempt to get permanent planning permission after a nine-year long planning battle. Mike and Patty Linfoot and their three sons, along with Mr and Mrs Bird – Patty’s Mum and Dad – have been living for nine years on temporary planning permissions and are under the constant threat of losing their home. 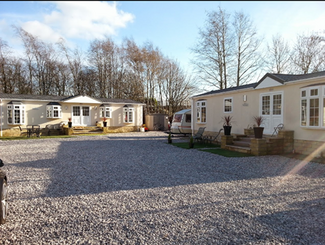 The Linfoot’s home in Chorley. Clean and tidy and not an “eye-sore” like the objectors claim

The Linfoots’ have a large support group from the local community in Chorley and the surrounding area and run a Facebook page called ‘Chorley Romany’ - which has over 400 followers.  Mike Linfoot, a builder, is a coach in a local boxing gym, raises money for charity at his regular Christmas tree concession at Chorley Morrisons, and Patty Linfoot served for six years as a parent governor at a local primary school. Mike Linfoot admitted in a message to his supporters that the constant threat of losing his home and the “bigoted” messages being left on his planning application consultation was “getting him down.”

The Linfoot’s home is near an executive housing estate called Olde Stoneheath Court, and a group of well-heeled residents who live there have been waging a long-running campaign against the Linfoot family in a bid to make them homeless.

Although Stoneheath Court has only 18 addresses, they have lodged 43 objections, with six coming from one single address, Patty Linfoot told the Travellers’ Times. At the time of going to press, the council have removed 40 of their comments. Only three addresses at the estate did not take part in the campaign against the Linfoots and did not provide an objecting comment. One former resident who now lives elsewhere – who has objected in previous planning applications - has even put in a supporting comment!

Most of the comments deleted by the council were objections to the Linfoot family’s application for a permanent home at Hut Lane, near Chorley, and were either abusive about the family – or racist.

There were over seventy objections and now there are only 18 left which the council has deemed sufficiently not abusive or racist enough to publish. There are 56 supporting comments.

We wouldn’t still be here without their support. It’s been a long struggle and they have backed us all the way

Speaking to the Travellers’ Times, Mike Linfoot said he was overwhelmed by the support him and his family have had from the local Chorley community – including from close neighbours on the lane where they live.

“Most of them have been with us from day one,” he said. “We wouldn’t still be here without their support. It’s been a long struggle and they have backed us all the way.”

‘Racist’ – one of the comments from an objector to the Linfoot’s planning application that has now been deleted from their planning portal by Chorley Council. And also wrong – the Linfoots’ do pay their taxes.

In one heart-breaking submission to the planning consultation, Mikey Linfoot, 16, said that he and his brothers where well integrated into the community, but had not been able to make friends with the children from the estate.

“I now see how my parents have struggled through this past nine years to make a better life for me and my brothers,” he writes.

“It has been difficult at times and i believe that as young Gypsy and travellers we need to stand up for ourselves for future children. Through my education I have had, which many kids like me don’t get the chance, I hope one day things will be different for G(ypsy) and T(raveller) community and I might make a difference. Me and my brothers are part of the wider community and have made some good friends and through school I have now the opportunity to go to college. I am the first G and T in Lancashire to complete my GCSE and this due to having a settled base. We hope this becomes permanent,” says Mikey’s message to the Chorley planning committee.

One supporting comment comes from a local businessman and a retired police officer who says he has known the Linfoots for several years.

“They are among the most law-abiding, socially and environmentally conscious people I know. My own business uses Mike Linfoot’s trade services and he provides a level of service and value which I trust 100%,” he writes.

“I am astonished at the level of negativity displayed towards this family and their home. They have taken what was a marginal piece of land and turned it into a home which is totally unobtrusive, blends with the local countryside and is actually an asset to the locality,” he tells the Chorley Council planners.

“If we are reasonable honest people, it is difficult not to wonder if some of the objections to this application are based on the Linfoot’s ethnicity, rather than hard factual evidence. Ethnicity should never be allowed to influence proper process and if we let it, we are venturing down a very dangerous route.”

The planning hearing date is not set yet and is expected to be set for late April or May.

The Travellers’ Times wishes the Linfoots the best of luck. 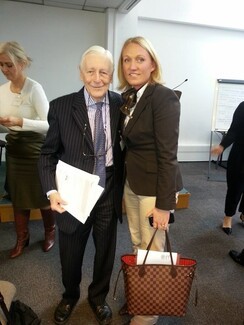 Councils are responsible for anything published on their websites. This includes comments on planning applications. Under section 149 of the Public Sector Equalities Duties, councils and councillors have a duty to “foster good race relations”. What this means in effect – is that councils are breaking that duty if they allow racist comments to remain on consultations on their website and must remove them.

Working with the Traveller Movement four years ago, the Linfoot engaged the lawyers of the Equalities and Human Rights Commission and racist comments on previous planning consultations were one of the issues raised in a subsequent meeting between the Commission and Chorley Council.