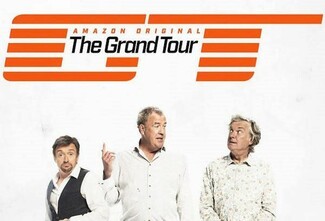 Gypsies and Travellers have reacted with fury after Jeremy Clarkson’s new ‘Grand Tour’ series opened on Amazon Prime Video with a racist joke about Gypsies, as a prominent Traveller organisation waded in and vowed to challenge the racist joke through a complaint to the TV regulators.

In the extravagant opening sequence of the first episode as the three presenters stood on a stage in the California Desert, Clarkson says: “We’re going to be like Gypsies, only the cars we drive are going to be insured.”

Ben Bennett, the young Romany Gypsy campaigner who has dealt with racism all his young life, took to Twitter to say that the joke was “disgusting.”

In a statement that alarmed many Gypsy and Traveller campaigners who fear that the racist Gypsy joke could be part of a ‘running gag’ throughout the whole series, Clarkson also said he was not going to be fired because they were “on the internet”, “which means I could pleasure a horse.”

On Chorley Romany – a closed Face Book group for Gypsy and Traveller campaigners in the Lancashire area - a Romany campaigner complained that the producers of the series thought they were untouchable because they were on Amazon Prime.

“I notice that almost the first thing they did was make racist jokes about Gypsies not having their vans insured,” he said. “They'd been in trouble for just this kind of behaviour on The BBC, but now they're on Amazon they obviously think that they can get away with it.”

However, the TT understands that the Traveller organisation has already contacted Ofcom, the TV and broadcasting watchdog – and that they claim that the TV watchdog confirmed that Amazon Prime Video is covered by their regulations.

The Grand Tour went into production after Jeremy Clarkson was sacked from the BBC’s flagship car show ‘Top Gear’ in March last year after punching a producer.

Jeremy Clarkson “has form” when it comes to coming under fire for making ‘racist’ jokes about Gypsies and Travellers, says the Traveller Movement.

Also in March 2015, the BBC Trust was accused by the Traveller Movement of “legitimising the use of a racist word” by clearing Clarkson of any wrongdoing on an episode broadcast in February last year. He was seen erecting a sign bearing the words “Pikey’s Peak”, continuing a long running in-joke about ‘pikeys’ with co-presenter Richard Hammond.

After the BBC Trust dismissed the complaint, the TM then complained to Ofcom.

However, in a decision that was covered by the international media and raised questions about the handling of the complaint, Ofcom eventually dismissed the Traveller Movement complaint, saying the word was used in a context that “minimised offence”.

An Ofcom spokesman said: “We found that, while some in the audience would perceive the word pikey as a derogatory term for gypsies and travellers, on balance there was sufficient context in the way the word was used to minimise offence.”

The watchdog went on to warn that the use of the word was not always acceptable.

“However, we have advised broadcasters this doesn't mean the use of the word is acceptable in any programme in any context and that it is capable of causing significant offence in certain contexts," the spokesperson said.

The Travellers’ Times contacted Ofcom, who said that some ‘pay on demand’ TV services where regulated by them and that any complaints received about content would be “assessed” using Ofcom procedures and policies.