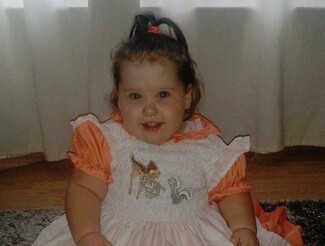 A group of Romany Gypsy men from Cambridgeshire have completed a 75 mile charity walk from Ely to London to raise money for Great Ormond Street Hospital to thank them for the “unbelievable” love and care that was given to little baby Mary Angelena Smith, when she was born with spina bifida.

Mary’s mother; Lisa Marie Smith from Watford; Herts, told The Travellers’ Times: “These boys from the Romany Gypsy community in Cambridge took on a massive challenge to walk 75 mile from Ely in Cambridgeshire to Great Ormond Street Hospital in London on behalf of my little girl Mary, and raised over £4,500. What a great result and I couldn't be prouder!”

The 15 men – John, Jess, Wally, Nelson, Rocky, Joe, Alfie, Steve, Charlie, Danny, Mark, John Henry, Amoss, Luke and Kevin, all Traveller men from Cambridgeshire  - set out from Witchford, Ely on the 10th January, 2016, and - camping overnight along the way to nurse their blisters - finished the walk on the doorstep of Great Ormond Street Hospital, London, on the 13th January.

Once they were there, the men presented the Neurological ward of the hospital with a cheque for £4,514, which had been raised through sponsorship and by collections.

Mary Angelena Smith, now two years old, was born in December 2013 at University College Hospital, but soon had to be rushed to Great Ormond Street, the famous children’s hospital.

“Mary was born with Spina Bifida – which affects her walking – and fluid on the brain. Within hours she was rushed to Great Ormond Street Hospital for special treatment and was given a shunt to remove the fluid.”

“The staff at the hospital were unbelievable, they done what was needed to be done, and the staff welcomed the whole family whilst Mary was in their care.”

"She's had operations there and she had a shunt put in to remove the fluid. She had her second birthday this December and she can stand up now – it's unbelievable what they've done for her.”

“I kept thinking – what can we do to say thank you? I was thinking how to get together to raise a few quid to support their work.”

“At first the idea was that my husband would jump out of a plane with a parachute, but he was over the size restriction, so we decided to do a sponsored walk instead and I got in touch with the hospital to organise it.”

“Mary still goes for regular six-monthly check-ups and I can’t say enough how great they are there. They treat everyone the same no matter who you are. That doesn’t always happen with some hospitals.”

“We would like to thank each and every one of the boys who did the walk from the bottoms of our hearts,” says Lisa Marie Smith, speaking on behalf of her husband and family.

“It means so much and will not be forgotten, and a big thank you to Lena Buckley for everything in organising the event.”

”They have made Mary proud!”

The sponsored walk was also covered by the local paper, which is something that is “important” says Lena Buckley.

"We never thought for one minute we'd raise as much as £4,514 but the Travelling community is big and everyone has been so supportive.”

"They should all be so proud of themselves as most of them have never done anything like this before.”

"We're planning on doing a few more things for the hospital and I think it'll be time for us girls to do the next challenge!"

The Travellers’ Times thinks this is a lovely story and is looking well-forward to writing a possible follow-up article on 15 Cambrideshire Traveller women parachuting out of a plane!

You can donate to Great Ormond Street Hospital by following this link: http://www.gosh.org/special-1?utm_source=MSN&utm_medium=PPC&utm_term=gosh&utm_content=Brand%20Terms_Broad&utm_campaign=DMppc%20Brand%20Terms_Broad