Why I want to be a journalist - by Ruby Leigh-Smith 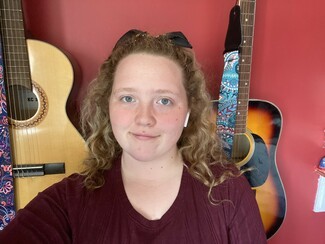 “Eighteen year old Ruby Leigh-Smith is a regular writer for YTT and we asked her what inspired her passion for journalism….”

I don’t remember at what point I realised that I could write a good story. Maybe it was when I was sent to the headmistress at just seven years old for using a connective in a creative writing piece I had done in an English class - I know people who are my age now, eighteen, who couldn’t write a creative writing piece with a connective in it. So maybe that was extraordinary, but to me, that just made sense. 'Meanwhile, Little Red Riding Hood skipped through the forest...'

Maybe it was when I won my first ever writing competition. I got first place for a 500 word story on the theme of ‘home’. It was run by my school, and out of the six years that I have entered, I have won first place five times.

Or maybe I realised that I could write a good story when a story which I had published online racked up over 130,000 reads...

But I don’t remember when the idea of being a journalist came to me. For the longest time, I had wanted to be a doctor. I had devoted hours of my life to studying medicine and watching Youtube videos and online lectures. I had attended medical summer schools and even spoken to people who were doctors about the best paths of study.

I’ve wanted to do journalism for about two years now. Maybe it all started when Travellers Times published my first ever article; a book review. Or maybe it all changed when I set up my blog, which is based around music. Either way, I know what I want to do. I have applied for five universities; and for a journalism course of some kind at all of them. I have received conditional offers from all five.
So why have I chosen to write for a living? Why have I chosen to spend my life in front of a computer screen, or scribbling notes during an interview? Because I love to write. I love to educate people. And I want to make a change. Chinese philosopher Confuscius once said, "If you love your job, you’ll never work a day in your life. ” I happen to agree.

There is not a day that goes by when I do not do some form of creative writing, whether it be an article for my blog, a piece for Travellers Times, or simply a chapter or two of a story which I am publishing online.

Without writing, I believe that I would not be who I am today. The ability to put my thoughts and feelings onto paper, and the ability to articulate those words into something coherent and enjoyable for others, is something that not everybody can do. I am very happy to have been allowed into the elite, albeit metaphorical, club. I want to spend the rest of my life writing and honing my skills, educating others on subjects which I know well, and which they may want to know more about.

But, on top of that, I want to change not only myself, but the world - A tall order for a just-eighteen year old who is not even out of school, yet. The power of the media is its ability to influence people and their decisions.

Not everyone has the ability to write, I know. I regard it is a gift. Writing comes naturally to me but not everyone, but thats ok, what's important is getting your voice heard - everyone has something important to say - so don't be afraid to try.

I reason to myself regularly, that if I can change even one person’s mind on a subject, then I have made my mark on the world. I have changed the world.

If you’ve been inspired by Ruby’s story get in touch if you are interested in writing for YTT, we can offer you help and advice to get your voice heard in lots of different ways.