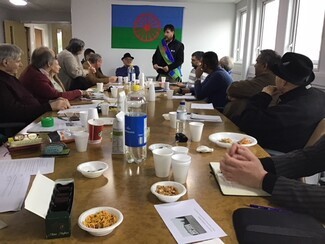 “After a period of retrenchment and restructuring”, the world famous Gypsy Council are back and hold an AGM at their new HQ in Kent to decide on campaigning and lobbying direction

The Gypsy Council Annual General Meeting was held at the new headquarters (a temporary building until a permanent one is built) in a 40-acre Romanichal encampment at Blossom Grove, Stockett Lane, East Farleigh, Kent. 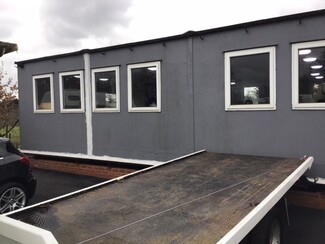 The exterior of the temporary office and community centre in Kent in which the Gypsy Council held their meeting on Saturday, 12th January

After a period of retrenchment and restructuring the Gypsy council has gone back to being a non-profit company limited by guarantee, as it was under the leadership of Charles Smith. The four directors of record are Valdemar Kalinin, Roger Lee, Joseph Jones and Alan Penny, but an elected committee will advise on policy. It will not be a charity, so as not to face political limits on its action Valdemar Kalinin retired from being chair after 5 years, but remains a director and a committee member. The new chair, elected unanimously, was Roger Lee. Vice-Chairs were Joseph Jones and 2nd vice-chair Virgil Bitu and the Treasurer/Secretary remained Khurram Khan. Also on the committee are Margy and Alan Penny, Veerendra Rishi (Honorary President), Grattan Puxon and Thomas Acton.They now serve 4 year terms but other members can be co-opted during that term. It will continue to lobby on planning and education matter, but will undertake direct action on accommodation through the associated Gypsy Council Co-operative. 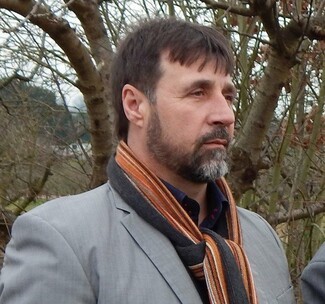 The meeting reaffirmed its support for the principles of the Democratic Transition at an international level, and the need for representation of Roma, Gypsies and Travellers on Holocaust Memorial planning in the UK, and underlined the importance of preserving the history of the Roma Civil Rights movement, welcoming the archiving of Grattan Puxon's early Gypsy Council papers in East London, and the inauguration of the Roma Digital Archive in Berlin later this month. It also congratulated Prof. Ian Hancock on the award of an OBE to him in the New Years Honours list. 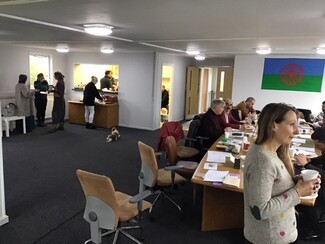 By the Gypsy Council

(Main Picture shows the meeting in session, with Dorset representative Margy Penny addressing a question to the new Chair, Roger Lee (wearing the sash of office) – picture courtesy of the Gypsy Council) 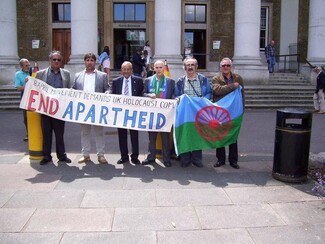 Gypsy Council protest outside the Holocaust exhibition at the Imperial War Museum, London

Read all about it in the TT!