THE UNLAWFUL USE OF PUBLIC SPACES PROTECTION ORDERS 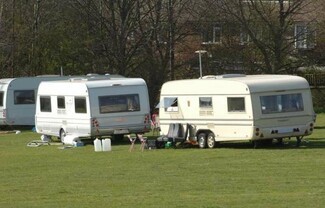 WHAT ARE PUBLIC SPACES PROTECTION ORDERS?

specified activities in that area, or does both of those things.

The power to make PSPOs is contained within the Anti-Social Behaviour, Crime and Policing Act 2014.  Section 59 states:

(1)   A local authority may make a Public Spaces Protection Order if satisfied on reasonable grounds that two conditions are met.

(a)      Activities carried on in a public place within the authority’s area have had a detrimental effect on the quality of life of those in the locality, or

(b)      It is likely that activities will be carried on in a public place within that area and that they will have such an effect.

(3)   The second condition is that the effect, or likely effect, of the activities –

(b)      Is, or is likely to be, such as to make the activities unreasonable, and

(c)      Justifies the restrictions imposed by the Notice.

(a)      Prohibits specified things being done in the restricted area,

(b)      Requires specified things to be done by persons carrying on specified activities in that area, or

(a)     To prevent the detrimental effect referred to in sub-section (2) from continuing, occurring or recurring, or

(b)     To reduce that detrimental effect or to reduce the risk of its continuance, occurrence or recurrence.

A local authority can apply to vary or discharge a PSPO (ASBCPA 2014 Section 61).

In certain circumstances a PSPO can be made restricting public rights over a highway (ASBCPA 2014 Section 64).

The validity of PSPOs can be challenged. ASBCPA 2014 Section 66 states:

(b)      A variation of a Public Spaces Protection Order.

“Interested person” means an individual who lives in the restricted area or who regularly works in or visits that area.

(a)      That the local authority did not have power to make the Order or variation, or to include particular prohibitions or requirements imposed by the Order (or by the Order as varied);

(b)      That a requirement under this Chapter was not complied with in relation to the Order or variation.

This provides ‘interested persons’ as defined in Section 66 with a right to challenge the validity of a PSPO on the grounds that the local authority had no power to make it or on the basis that requirements have not been followed.  ASBCPA 2014 Section 66(7) precludes the possibility of the making of a PSPO being challenged by way of judicial review; however, arguments that would normally be raised in a judicial review can be raised in a Section 66 challenge. It should be noted that there is a strict 6 week time limit in which to bring a Section 66 challenge and that time runs from the date that the local authority makes the PSPO (ASBCPA 2014 Section 66(3)).

ASBCPA 2014 Section 67 creates an offence of failing to comply with a PSPO and states:

(1)    It is an offence for a person without reasonable excuse –

(a)      To do anything that the person is prohibited from doing by a Public Spaces Protection Order, or

(b)      To fail to comply with a requirement to which the person is subject under a Public Spaces Protection Order.

(2)     A person guilty of an offence under this section is liable on summary conviction to a fine not exceeding level 3 on the standard scale.

(3)     A person does not commit an offence under this section by failing to comply with a prohibition or requirement that the local authority did not have power to include in the public spaces protection order.

A police constable or an authorised person may issue a fixed penalty notice if s/he has reason to believe that an individual has breached a PSPO (ASBCPA 2014 Section 68). If the penalty is not paid then the individual can be prosecuted for a breach of the PSPO in the Magistrates’ Court.

lawfully be used to prohibit or restrict a particular activity, such as occupying an

unauthorised encampment or rough sleeping for reasons which we outline below.

However, it seems unlikely that legal aid will be available in such proceedings and, in practice, it may prove to be extremely difficult for an individual to make out the defence without legal representation.

Alternatively, we consider that an individual may be able to challenge a local authority’s decision to use a PSPO to evict rough sleepers or the occupants of an unauthorised encampments by way of judicial review on much the same grounds with the benefit of legal aid and legal representation.

ASBCPA 2014 Section 72 requires that local authorities must have regard to rights protected by the European Convention on Human Rights  and must consult before making a PSPO:

(a)     Whether to make a Public Spaces Protection Order (under Section 59) and if so what it should include,

(b)     Whether to extend the period for which a Public Spaces Protection Order has effect (under Section 60) and if so for how long,

(c)     Whether to vary a Public Spaces Protection Order (under Section 61) and if so how, or

must have particular regard to the rights or freedom of expression and freedom of assembly set out in Articles 10 and 11 of the Convention.

(b)     Extending the period for which a Public Spaces Protection Order has effect, or

The Secretary of State may issue guidance (ASBCPA 2014 Section 73).

The Secretary of State issued guidance in 2014 which has been replaced by new guidance from the Home Office entitled Anti-Social Behaviour, Crime and Policing Act 2014: Anti-social behaviour powers – Statutory guidance for frontline professionals (December 2017).

The new guidance relating to the use of PSPOs is contained from pages 47 to 57.

In a diagram at the top of page 48 reference is made to activities which relate to: “alcohol”, “dogs”, and “noise”, which reflects the fact that PSPOs were intended to tackle anti-social behaviour arising from such sources.

At page 48 it is stated: “Given that these orders can restrict what people can do and how they behave in public spaces, it is important that the restrictions imposed are focused on specific behaviours and are proportionate to the detrimental effect that the behaviour is causing or can cause, and are necessary to prevent it from continuing, occurring or recurring”

At page 49 it is stated: “In deciding to place restrictions on a particular public space, councils should consider the knock on effects of that decision and ensure that this is a reasonable and proportionate response to incidents of anti-social behaviour in the area. Introducing a blanket ban on a particular activity may simply displace the behaviour and create victims elsewhere.”

There is specific guidance about controlling the presence of dogs and restricting alcohol at pages 52 and 53 of the guidance.

Very importantly, at page 51 it is stated: “Public Spaces Protection Orders should not be used to target people based solely on the fact that someone is homeless or rough sleeping, as this in itself is unlikely to mean that such behaviour is having an unreasonably detrimental effect on the community’s quality of life which justifies the restrictions imposed.”

CAN A PSPO BE USED AGAINST UNAUTHORISED ENCAMPMENTS?

A Gypsy or Traveller who has to resort to unauthorised encampments is “homeless” in statutory terms (see Housing Act 1996 Section 175 and Housing (Wales) Act 2014 Section 55). Given the fact that the Home Office guidance states that PSPOs should not be used to target people based solely on the fact that they are homeless (see above), it is clear that PSPOs should not be used to prevent unauthorised encampments on public land.

Obviously, there may be circumstances in which it could be said that the occupants of an unauthorised encampment are guilty of anti-social behaviour which has a detrimental effect on the quality of life of those in the locality and such behaviour may breach a PSPO. However, it is our view that a PSPO which prohibits unauthorised encampments as a matter of course would be unlawful.

Our position is reinforced by the fact that the legislation only permits local authorities to prohibit or restrict activities that are “unreasonable” (ASBCPA 2014 Section 59(3)(b). In our view an unauthorised encampment could not, in itself, be said to be “unreasonable” without more.

It is recognised by a wide variety of organisations and by central government that the problem of unauthorised encampments is caused by the lack of authorised permanent and transit pitches and emergency stopping places and it is difficult to see how  an unauthorised encampment could, in itself, sensibly be categorised as an “unreasonable” activity.

An ‘interested person’ may challenge the making of a PSPO which targets unauthorised encampments by arguing that:

(b)     the principles laid down by the House of Lords in South Buckinghamshire DC -v- Porter [2003] 2 AC 558 (with regard to planning injunctions) should be applied, i.e. that a judge should not uphold the validity of a PSPO unless s/he is satisfied that an individual should be subject to criminal prosecution for occupying an unauthorised encampment, notwithstanding the Convention rights engaged;

(c)     such a PSPO would conflict with the Home Office guidance on the making of PSPOs and other government guidance on the management of unauthorised encampments, rendering a decision to seek a PSPO unlawful;

(d)     the grant of such a PSPO would have a disproportionate impact on the ability of the Gypsy or Traveller concerned to live their way of life and would breach their rights protected by Article 8 of the Convention; and

(e)     such a PSPO would disproportionately affect ethnic Gypsies and Travellers, and subject them to indirect discrimination without objective justification.

Finally, we note that legal aid should be available for challenges to PSPOs brought under ASBCPA 2014 Section 66.

In April 2015 a proposal by the London Borough of Hackney to  target rough sleeping in a PSPO was dropped after a public outcry (see the Housing Law blog Nearly Legal: http://nearlylegal.co.uk/blog/2015/06/assorted/). Similarly, Oxford City Council proposed using PSPOs against, amongst other things, rough sleeping but decided to put those proposals on hold following submissions from Liberty (see https://www.liberty-human-rights.org.uk/news/press-releases-and-statements/liberty-calls-oxford-city-council-scrap-unlawful-plans).

However, in 2017, Brighton & Hove City Council brought in a PSPO which prohibited unauthorised encampments on 12 areas of land. We understand that Friends Families and Travellers have written to Brighton & Hove City Council to point out that its PSPO conflicts with the new Home Office guidance and to ask it to vary the PSPO accordingly. If the Council refuses to do so then it could be subject to judicial review

If a local authority takes a decision to make a PSPO which prohibits unauthorised encampments or rough sleeping then it can be challenged within the 6 weeks time limit on the basis that PSPOs cannot and should not be used to target such activities.

Alternatively, if no Section 66 challenge is brought, then Gypsies and Travellers and rough sleepers may be able to challenge by way of judicial review a local authority’s decision to use its PSPO powers to evict them. Alternatively, they may be able to defend any prosecution for an alleged offence of the breaching of a PSPO on similar grounds to those which could be raised in a Section 66 challenge.

Read all about it! Related articles in the Traveller' Times: Brighton Council’s use of public protection orders against Travellers “disgraceful” say Friends Families and Travellers.
Region
England
Scotland
Wales