Siamo tutti Roma! – We are all Roma! 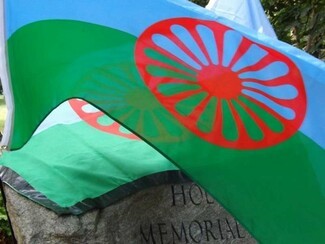 Let’s be clear: the call for racial profiling of the Roma people by the Minister of the Interior and leader of the League, Matteo Salvini, is not a provocation, it is the announcement of a criminal policy. Salvini and the League are not marginal “anti-system” troublemakers in the opposition, they are politicians with responsibilities, from the far right, who control the heart of the power in Italy. To not consider them as such and to not take them seriously would be a grave mistake. They are dangerous.

Consequently, we call on everyone, in Italy and all across Europe, to stand up and resist the criminal policy that they call for.

They must know that, if they attempt to put the racial profiling which they announced into effect, we would all declare ourselves Roma and we would call for all those in Italy to do the same.

Siamo tutti Roma! We are all Roma because we are all humans

In the face of racism of which Roma are the target, we declare together and in solidarity: “Siamo tutti Roma!” We are all Roma because we are all humans.

We are all Roma because when a group of people are persecuted for what they are, the entire population is threatened, and the values of freedom, justice and equality to which we are all committed are brutalized. 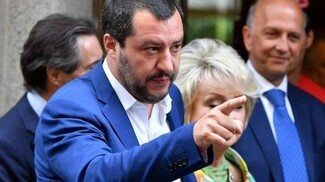 We are all Roma because we do not forget that discrimination and stigmatization have led to extermination. Contrary to Salvini and the League who call for racial profiling and a new “masspurification”, we call each and every person to ensure that these persecutions, which have marked Europe with a seal of infamy and which signed the moral, political and economic ruin of Italy and Europe, do not happen again.

We are all Roma because, to us, life is the supreme value at a time when Salvini and the League want, in full lucidity thus with full responsibility, to let thousands of endangered individuals die in the Mediterranean.

The call for violence against the Roma in Italy echoes the rise of violence against them everywhere on the continent: racist murder and destruction of their homes with axes by militias in Ukraine, targeted suspension of rights and brutal evictions in Czech Republic, discriminations and threats in Hungary, hate speech and pursuit of the destruction of slums in many Western European countries,… 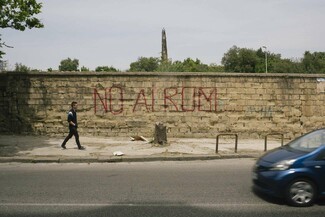 Every year since 2011, all across Europe on the first Sunday of October we gather for the “Roma Pride”, for the respect of freedom, equality and dignity of the Roma and of all people in Europe.

This year, it is logical that it is in Italy, in Rome, a few hundred meters away from Salvini’s office that we call for a large European demonstration for the Roma Pride, this October.

Let the racists of the League know that they will not be able to attempt to implement their criminal policies with impunity, and that they hear from their palaces the popular clamor which, in its diversity, does not allow it to happen, does not get impressed, does not give in to selfishness and fear and fights, by all democratic means, to ensure respect for human rights and the Rule of law.

In dignity and in solidarity, Roma and non-Roma together

In dignity and in solidarity, Roma and non-Roma together, whatever our origins, our intellectual or political filiations or the cultures that we have made ours, will march side by side.

Against Salvini and to all the racists and anti-Semites in Europe and beyond, let’s say together: “Siamo tutti Roma!”

This Call Has Been Signed By: