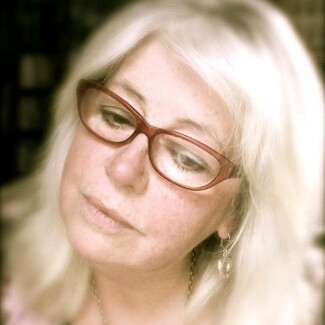 It’s very hard to keep calm when you have witnessed or been the victim of hate crime. Hate Crime doesn’t have to involve violence or damage to your property or even direct threats although all of those can and do happen to people. If you are Gypsy or Traveller it’s a sure bet that you have had things said to you or overheard comments that can leave you feeling very upset and angry. If you suffer Hate Crime then it is really important that you report it, because that is the only way that things will change for the better.

Most us feel quite reluctant to go to the Police either because of bad experiences in the past or because we think that they will not take our complaint seriously so it will be a waste of time, I hate to say this but very often that is exactly what happens which results in us going away leaving the police to ignore the problem and then nothing improves.

The Hate Crime that I see most often appears online, often posted beneath news stories in the online editions of local papers reporting on unauthorized encampments or planning applications for sites. The posters usually post under pseudo names to hide their identities and they often whip up a lynch mob mentality amongst others who join in with posts of their own. It might be tempting to add a few words of your own to tell them exactly what you think of them but that the last thing you should do because this just feeds the frenzy and it builds. It may seem like the best option is to turn a blind eye, mark them down as losers and dismiss it- but you really shouldn’t, because this is where it takes root and grows and this is also where the impression that it’s perfectly fine to spread such hatred against Gypsy and Traveller families thrives, and if it’s OK to say these things then why is it not OK to take it that step further?

The saying “a journey of a thousand miles begins with a single step” fits this situation so very well. Nobody just wakes up one morning hating Gypsies & Travellers, the aggression that results in a child like Johnny Delaney being murdered because of his race doesn’t just happen, it builds up over time and begins with words being exchanged and passed from person to person that fuel and accelerate the demonization of our peoples.

In todays online world those hate filled words can be spread instantly to a worldwide audience by simply tapping a few words into a keypad. If you are reading this article then I’m proving my point.

If you read it or you hear it or in the worse scenario you are threatened or attacked you must report it, and you must insist that it’s taken seriously.

I have spent today information gathering and reporting an online business that prints the “Keep Calm and …..” slogans on T-Shirts, I have shared a few examples on Facebook, and you might have done so as well. Some are quite amusing, but the fun dries up when you see that they also print up T-Shirts that read “Keep Calm and Kill Gypsies” and “Keep Calm and Shoot Pikeys”

I’m pleased to say the Police do appear to be taking this very seriously, but this has not always been the case.

In the summer of 2013, a few groups of Gypsies & Travellers were moving around the North East Lincolnshire area. I live locally and was watching with growing fear how the comments in the online edition of our local paper were getting nastier and more threatening day by day. Humberside Police were not at all bothered at the utter hatred that was being published and did nothing meaningful about my endless calls.

On the 8th August 2013 a man using the pseudo-name ‘fatbaldtwot’ made a post stating that 'throwing Molotov cocktails' – or homemade petrol bombs - at the families would move them on and he urged other to join him – see below. The police took the stance that they would get around to looking into this when the Inspector returned from his holidays some two weeks later. When the Inspector did return the view was taken that there was no offence committed. Its been a long saga to say the least and getting on for two and a half years later I am still trying to deal with the total mismanagement of this case, it is now a matter for Independent Police Complaints Commission - who seem in no hurry to deal with this - and I am also now in consultation with a law firm to decide how best to proceed.

“ by fatbaldtwot Thursday, August 08 2013, 4:55PM   “Would someone like to join me and send them a Molotov cocktail or two. Please say yes -- please pretty please”

You might read this and decide that what I have written is a very good reason why it’s not worth bothering to reporting Hate Crime, but you would be wrong. While the Molotov case was bungled on a grand scale, Humberside Police Force seem to be beginning to get the message in regard to Hate Crime in relation to Gypsies and Travellers and they are doing so because the Molotov Cocktail case is proving to be a source of embarrassment to them. Two years plus down the line and they are finding out the hard way that this will not lie down and die and that sooner or later, they will have give account for themselves and answer some very awkward questions.

Thankfully most cases won’t be a difficult for people who report them, Humberside have been deemed to be a failing Force by Her majesties Inspector or Constabulary – and the reasons why I have faced such difficulty are because those recognized failings.

So how do you report hate crime….

Firstly and importantly stay calm, do not react or retaliate to the situation,

If you’re being threatened do whatever you can to get yourself out of danger and into a safe environment.

Report the matter to the Police telling them you want to report a hate crime, and giving as much detail as you can possibly remember

Make sure you tell the police how you feel about what’s happened, there’s no shame in being frightened or insulted and distressed.

The police should give you a log or incident numbers make sure you write it down and keep the information safe.

Ask to be updated about your incident.

If your not happy with how things are progressing ask to speak to a senior officer, do not be fobbed off.

Insist that any decisions are explained to you fully, if your not happy stay calm but tell them you are not satisfied.

You can also report Hate Crime via the TRUEVISION website, its quite a simple procedure you get asked a series of questions about what happened to you or what you have witnessed, give as much information as you have, make sure you include how this incident made you feel, leave your contact details in the report and your own local police officers will contact you in due course. When they do remember to ask for the log or incident number and keep it safe. If you are not or don’t think you are being treated fair then do not be afraid to say so. Here is a link for the TRUEVISION website

Gypsies and Travellers have the right to be protected against Hate Crime, but until we start insisting on that right being upheld things will not change for us. Other minority groups have earned the right to have their ethnicity respected by battling hard and by challenging decisions that infringe on that right.

It’s not OK that our children are reading vile and offensive Hate Speech on the Internet.

“Stay calm and kill a Pikey”.

It’s not OK for the company that made it to use it to promote their business.

It’s not OK to threaten Gypsies and Travellers with Molotov cocktails.

It’s not OK that Gypsies & Travellers don’t feel its worth reporting hate crime.

And it’s anything but OK for a child to be murdered because he is a Traveller.

2016 is a big year for Gypsies and Travellers for the first time on 21st May we take to the streets and protest against discrimination. I will be going because its important we come together and say ‘enough’.

Hate crime is the very worst level of discrimination, so report it.