The Gypsy/Traveller boxers of Bournemouth and Poole 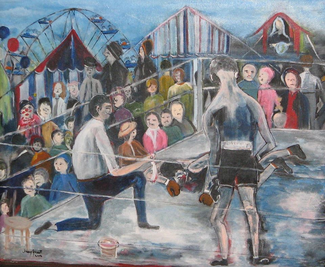 Boxing, particularly bare-knuckle boxing, had been popular amongst the Gypsy fraternity for generations. Therefore it is not surprising that many such exponents of the sport came from the busy Kinson Parish Gypsy population of Poole/Bournemouth from the 1920’s to the 1960’s. 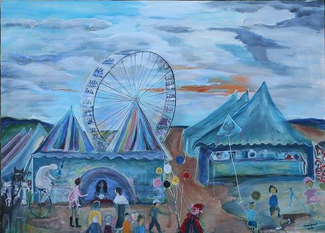 In those early days on Saturday nights Gypsies from the Poole and Bournemouth communities of Newtown, Kinson, including those from the many Canford Heathland campsites, visited the town regularly. Drinking in the quayside pubs of the Jolly Sailor, Lord Nelson and the Crown Hotel in Market Street. Often by the late evening when the Gypsy drinkers became disorderly, they were ordered by the landlords to leave the premises. However often the Gypsies would challenge the dockers from the pub to join them outside in a fight to see who the best man was. For the local teenagers this was a great attraction with usually a great crowd watching these unofficial regular bare knuckle fights. Great crowds would form a large ring around the two opponents who would set about one another, or until one or the other was knocked down or slipped. When this happened, his opponent stood back and allowed him to get up and carry on if he wished to do so, with the crowds cheering them on. Often the fighters had probably consumed a great deal of alcohol at the time and as a result the fights did not last very long with neither of them too drunk n dazed to finish. Consequently there was no serious injuries. The Gypsies and Dockers always settled often settled their differences by fighting on a fair basis. There was never any suggestion of a gang beating or of anyone using their feet (putting the boot in) or of a glass being used as a weapon. Usually the local police usual turned a blind eye to such affairs unless there was any unfairness involved. 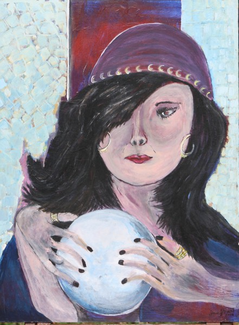 Gypsies frequented many other local public houses in the Kinson Parish where similar bouts often took place, mainly at the Albion pub at Newtown (affectionately known as the Snake and Pickaxe) and the Sea View Hotel, which stood high above Kinson Potteries with a superb view of Poole Harbour. Kinson then had many connections with the harbour and the sea, being once a great trading port with Newfoundland. The Bear Cross pub was originally called the Brick makers Arms; brick making being the main trade in the area, and its landlord was a brick maker whilst his son built coffins for the many local Gypsy camps. At the Shoulder of Mutton pub, meat had been sold with a real carcass hung out as a sign. Other pubs frequented by Gypsies included the Rossmore Hotel, The Woodman, The Smugglers, the Horse and Jockey and the Dolphin, now renamed Gulliver's. 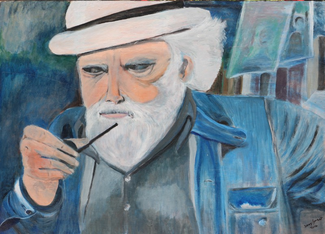 The influences of the local Poole fairground

Boxing had been a major attraction on the fairgrounds for hundreds of years with its origins in the bare knuckle fights of the earlier 18th and 19th centuries. Such fights were originally conducted under the prize fighting rules, then in 1867 new guidelines were set to regulate the sport under the Marquess of Queensbury rules.  The new rules included the wearing of boxing gloves, leading to the outlawing of bare knuckle bouts. 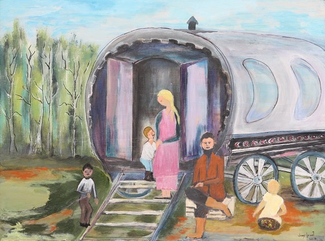 Sam and Esther McKeowen managed one of the most famous boxing booths in the south of England in the early 20th century. Namely the Poole to Penzance Fairground. They arrived with the fair each year at Poole in November with their troop of famed boxers including the famous Randolph Turpin. Here many of the local Gypsy boxers would join their stable and fought in their booths attracting big crowds, including Freddie Mills, Ted Sherwood, Abe Stanley and Teddy Peckham. They were often seen on fairground nights standing together on a platform outside the boxing booth. Many of them went on to become well known nationally and internationally as boxing champions including the following:

Ted Sherwood was born in Fancy Road, Newtown on 13th September 1910.(Fancy road took its name from the Fancy gypsy family). As a boy Ted showed an aptitude for boxing, and as he grew up began to take part in fairground boxing matches, training under the watchful eye of trainer Herbert Millett with nearly 130 bouts between 1929 and 1939 and becoming welter-weight boxing champion. Following his successful boxing years Ted became addicted to alcohol but found salvation through religion, becoming an ardent member of the Pentecostal Church in Poole, and sometimes could be found preaching in the open air at Sea View Newtown and also from a soap box at Speakers Corner in Hyde Park, London. It was here he met the Reverend Dr. Ian Paisley and they soon became close friends. When Ted preached he used all the boxing movements which had made him famous in the boxing ring. Ted died in October 2000 in Poole. 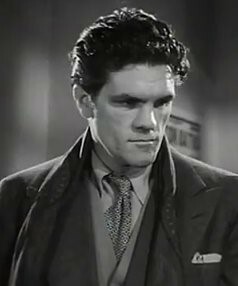 : A man of many talents: Freddie Mills became an actor after retiring from boxing – here he is in the 1952 film 'The Hundred Hour Hunt'

Freddie Mills was born in Bournemouth in 1919. He was given a pair of boxing gloves for his 11th birthday and at 15 when coached by Jack Turner he won his first bout. At 17, he began a highly successful professional boxing career becoming the "darling" of the British fight scene. In 1942 he knocked out Len Harvey taking the British Commonwealth Light heavyweight Championship. He won the European title beating Pol Goffaux, and in 1948 defeated Gus Lesnevich to win the World Light Heavyweight Boxing Championship. After losing his World Championship to Joey Maxim In 1950, he retired. Mills ran a highly successful nightclub and starred in a number of films and as a TV presenter (1957).He died of gunshot wounds to the head on July 25, 1965 under a cloud of mystery. The official verdict being suicide, although many believed it was due to his involvement in the London underworld of the notorious gangsters the Kray Twins.

Abe Stanley was a professional boxer in the 1950s and early 60s. He boxed at light heavyweight  taking part in 38 professional contests. He was one of the sons of popular Gypsy Samson Stanley. The Stanleys’ were well known in the locality and regulars at local pubs such as the Albion in Newtown.

Teddy Peckham was a local Heatherlands Gypsy boy attending school close to the nearby Heavenly Bottom Gypsy campsite which was one of a hoard of gypsy encampments where many Gypsy families lived in their wagons. When he was a teenager,Teddy fought regularly each year at the Poole fairground booths.