DRIVING GYPSIES AND TRAVELLERS INTO THE SEA? 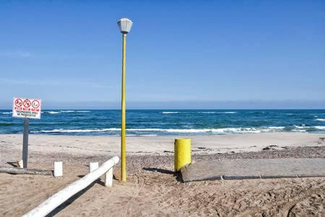 We are very concerned to note the trend for local authorities to seek injunction orders which prevent Gypsies and Travellers who do not have access to authorised pitches from camping on wide areas of publicly owned land despite the fact that, through no fault of their own, they have no authorised pitches to stop on. In our view the grant of wide injunctions will, in many instances: have an unjustified discriminatory effect on people with protected characteristics; and be disproportionate, particularly at a time when there remains a longstanding failure by central and local government to make adequate site provision for Gypsies and Travellers.

Wide injunctions have recently been obtained by Harlow Town Council, London Borough of Waltham Forest, Basingstoke & Deane Borough Council (in combination with Hampshire County Council), London Borough of Croydon, and London Borough of Bromley. Typically, these injunctions will be obtained not only against named defendants but also against ‘persons unknown’ and a failure to comply with their terms can lead to an individual being fined or committed to prison for contempt of court.

Local authorities seeking wide injunctions often argue that they are dealing with anti-social behaviour carried out by Gypsies and Travellers. Whilst we accept that a small minority of Gypsies and Travellers might engage in such activities the fact is there are already plentiful powers in place to deal with such individuals directly and that there is no need for the innocent majority to suffer the impacts of wide injunctions.

Gypsy and Traveller campaigning and support groups have already expressed their concerns about these injunctions:

“We’re really concerned about the increasing numbers of local authorities using wide injunction powers to tackle unauthorised sites. We feel that this approach demonstrates the absolute failure of the local authorities involved to recognise unauthorised sites as an accommodation issue which they can address through site provision and negotiated stopping, rather than as an anti-social behaviour issue. Everyone needs a place to live and policies like these will have a huge impact on Gypsy and Traveller families who have nowhere else to go” (Michelle Buck, Friends Families and Travellers).

“These injunctions verge on inciting prejudice and hatred in the wider community and in the media against Gypsies & Travellers. We at GATE Herts see the effects on a daily basis not just the families being hounded from place to place and threatened, but from other Travellers too being treated worse and worse” (Sherrie Smith, Gypsy and Traveller Empowerment Herts).

In our view defendants ought to consider raising the following arguments:

a)       The test for granting a quia timet injunction (i.e. an injunction in advance of the event occurring) has not been met. In Drury v Secretary of State for the Environment, Food and Rural Affairs [2004] EWCA Civ 200, Wilson J stated (at para 20):’…the claimant must establish a strong case; no one can obtain a quia timet order merely by saying ‘Timeo’.  He must prove that there is an imminent danger of very substantial damage …’ (emphasis added).  Thus, the local authority must demonstrate that there is an imminent danger that very substantial damage would result if the defendants camped on any one of the parcels of open land covered by its application.

b)      Though a claimant may be able to seek an injunction against ‘persons unknown’, this should only be an exceptional step. Where it is alleged that named defendants have caused nuisance or anti-social behaviour, an application made against ‘persons unknown’ is very likely to affect other Gypsies and Travellers against whom there are no such allegations. Such Gypsies and Travellers may be denied their right to a fair hearing (a right protected by the Human Rights Act 1998 and Article 6 of the European Convention on Human Rights (the Convention)), since the first they may know about the matter is when they are told that they have breached the order.

c)       A wide injunction may also breach Article 8 of the Convention which protects the right to respect for private and family life and home and the right of Gypsies and Travellers to respect for their traditional way of life, an integral part of which involves living in caravans.

‘The vulnerable position of gypsies as a minority means that some special consideration should be given to their needs and their different lifestyle both in the relevant regulatory framework and in reaching decisions in particular cases … To this extent, there is thus a positive obligation imposed on the Contracting States by virtue of Article 8 to facilitate the gypsy way life …’.

Thus, it can be argued that the grant of a wide injunction would breach the positive obligation owed by both local authorities and the courts to facilitate the traditional way of life of Gypsies and Travellers.

e)       The court should apply the principles laid down by the House of Lords in South Buckinghamshire DC v Porter (a planning injunction case), namely that a judge should not grant an injunction unless s/he is sure that prison would be contemplated in the event that the injunction was breached and that, in order to come to such a conclusion, s/he would need to have regard to all the circumstances, including the personal circumstances of the individuals concerned.

f)       A failure to have regard to the Government guidance on unauthorised encampments (especially with regard to welfare enquiries) and to follow it (unless there are good reasons for not doing so) would render a decision to seek a wide injunction unlawful. Government guidance includes the Department of Communities and Local Government Guidance on Managing Unauthorised Camping (2004 Guidance) and the Office of the Deputy Prime Minister Guide to Effective use of Enforcement Powers – Part 1: Unauthorised Encampments (2006 Guidance).

g)       In ZH (Tanzania) v Secretary of State for the Home Department [2011] UKSC 4, Baroness Hale held that ‘…any decision which is taken without having regard to the need to safeguard and promote the welfare of any children involved will not be "in accordance with the law" for the purpose of article 8(2).’  It is clear that a local authority’s application for a wide injunction will have a negative impact on the best interests of the children of Gypsies and Travellers that have nowhere lawful to station their caravans and may be forced to camp on land covered by a wide injunction. Thus, it should be argued that a court considering whether to grant a wide injunction must treat the best interests of children that may be affected by it as a primary consideration.

h)      Romani Gypsies and Irish Travellers are ethnic groups protected by the Equality Act 2010. Section 149 lays down what is known as the public sector equality duty and provides that:

Thus the court should consider whether the local authority seeking a wide possession order has complied with its public sector equality duty. A failure to comply with the duty ought to render the council’s decision to seek an injunction unlawful.

According to the July 2017 Traveller Caravan Count in England there were 1524 caravans stationed on unauthorised encampments on land not owned by Travellers.

Unauthorised encampments exist because of the historic and continuing failure of central and local governments to provide for the accommodation needs of Gypsies and Travellers and it is widely accepted that the key to solving issues arising from the management of unauthorised encampments is the provision of more authorised sites, including permanent and transit pitches and emergency stopping places, as well as the use of ‘negotiated stopping places’.[5]

Without such provision we are left asking ourselves the following question: if all the local authorities in England obtained wide injunctions, where would Gypsies and Travellers go? Into the sea?