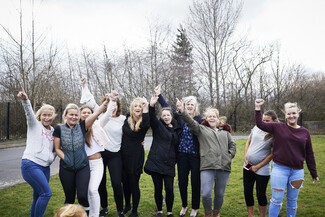 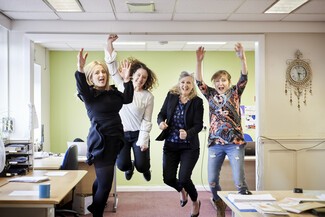 A Leeds charity that works to improve the quality of life for the Gypsy and Traveller communities of West Yorkshire has won a prestigious national award.

Leeds Gypsy and Traveller Exchange (Leeds GATE) has beaten more than 350 organisations from all over the UK to be one of the eight winners of the 2018 GSK IMPACT Awards, a national award that recognises charities that are doing excellent work to improve people’s health and wellbeing. The charity will receive £30,000 in funding as part of its prize, as well as expert support and development from The King’s Fund.

Leeds GATE offers support to the estimated 3,000 people from the Gypsy and Traveller community in Leeds and the surrounding area, working to identify and address barriers to good health. Members of the communities struggle with accessing healthcare due to issues of trust, lower literacy levels and, for some families, not having a permanent address. Leeds GATE supports people to access services and works with the healthcare providers to increase understanding of the barriers community members face. The award recognises the Roads, Bridges and Tunnels model evolved by staff and members to better understand the ways that people access healthcare.  The model has been taken up by a range of groups working with marginalised communities.

Also recognised by the award is the charities’ Negotiated Stopping work which, in partnership with local government, has helped halve the number of unauthorised encampments in Leeds giving members of the community improved opportunities to access healthcare and education and improving relationships with the settled communities. The charities’ advocacy service, including health advocacy, provided more than 1,500 appointments supporting people with a range of health and wellbeing issues last year.

Katie Pinnock, Director of UK and Ireland Charitable Partnerships at GSK, said: ‘Leeds GATE has done great work in supporting a community that has some of the worst health outcomes in the UK. It is doing really important work in helping the Gypsy and Traveller community access services, and in supporting public services to better engage with this community.

‘The judges were particularly impressed by how the local community is actively involved in shaping services and leading the charity. Leeds GATE is a good example of a charity that has a local focus but which has been able to become a national voice for its community.’

Helen Jones, Chief Executive Officer of Leeds GATE, said: ‘With this award we are at the beginning of a journey into the future where Gypsy and Traveller people are not seen as the problem, but are recognised as being at the leading edge of the solutions. We are delighted because this award shows the standard of work we are doing here. Particularly given the negative stereotypes around this community, it is fantastic that the award recognises the quality of an organisation that is the result of the hard work of Gypsy and Traveller people.'

‘This award also offers us the chance to work with and learn from some top charities working in other areas and to benefit from the leadership development. This means that as well as recognising that we are already a fantastic organisation, the award will open up support that will enable us to develop into a world-class one.’

Developing leaders in the charity sector is an important aim of the GSK IMPACT Awards programme, which has now been running for more than 20 years, and Leeds GATE will have access to training and leadership development tailored to its needs. It will also be invited to join the GSK IMPACT Awards Network, a national network of almost 80 award-winning health and wellbeing charities working together to develop their leaders, find new ways of working, and support others.

Leeds GATE received its award at a ceremony held at the Science Museum in London on 17 May 2018, along with seven other GSK IMPACT Award winners. 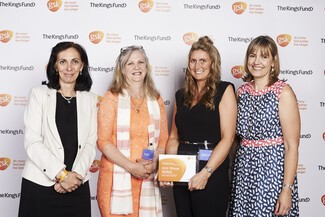