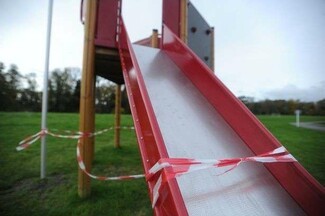 An investigation by the Travellers’ Times can reveal that the councillor who caused fury over his “racist” remarks about Traveller children and germs has left the council after complaints were lodged with the Equalities watchdog.

Milton Parish Councillor David Burch told villagers a play area would need to be thoroughly cleaned after traveller children used it because they are "usually unvaccinated". Councillor Burch’s comments came in an email sent to local residents after “a single Traveller family” stopped at a local park, according to local news reports. The email advised that the play area be taped off until cleaning had taken place and families were warned to keep their children away. The email was released to the public late last year and the Cambridge News first broke the story, which was then picked up by the national press.

The Traveller’s Times supported a Romany Gypsy grandmother with making a complaint to the Equalities and Human Rights Commission about the councillor’s conduct. A freedom of information request to the Commission from the TT has now revealed that the Commission took up the complaint and contacted the legal practice (a strategic partnership between Cambridge City Council, Huntingdonshire District Council and South Cambridgeshire), that assists Milton Parish Council on legal matters. However, the Commission has refused to reveal the relevant emails and letters involved in the complaint citing legal reasons that they say outweigh their need to be accountable to the public.

Speaking at the time of the councillors comments to the Travellers’ Times, the Romany Gypsy grandmother said that she had decided to formally complain to the Equalities and Human Rights Commission after “taking advice” and now believed that the councillor’s statement had broken equalities laws.

“As well as breaking the law, Cllr Burch’s remarks have distressed and angered many in my community, and shocked other people too from all communities,” she said.

“Councillors are in a position of responsibility and should set an example for others to follow and not stir up racial hatred. No doubt some of those recipients of the email who are parents will now warn their children not to play with Gypsy and Traveller children at school because they are diseased,” she added.

The Travellers’ Times is aware of one other complaint to the equalities watchdog.

The Traveller mother, who co-founded the Gypsy and Traveller led “Report Racism GRT”, said that the councillor’s remarks will cause “damage”.

“Do we really need the likes of David Burch in a position of authority?” she said.

Tyson Fury, the still unbeaten ex-boxing champ, also waded in, with a tweet to his 760,000 followers, and called Councillor Burch “racist”.

Councils, schools and other organisations paid for by the tax payer, are covered by equalities laws which forbid them from making racist or discriminatory statements. However, Members of Parliament are not covered by those laws.

The Councillor is no longer listed on the Milton Parish Council website under ‘Parish Councillors’ and a source close to the complaint described David Burch as a “former Councillor.”

The Travellers’ Times contacted Milton Parish Council and asked them to confirm that the councillor has resigned because of the investigation by the equalities watchdog – but we have received no reply by the time of going to press.

The Travellers’ Times supports the work of the Equalities and Human Rights Commission – but we will be appealing their decision to withhold the emails and letters involved in the complaint. The TT believes that the Commission needs to adopt a process and protocol of systematically informing complainants and the public of the results of the complaints that they take up and investigate, and we believe that forcing them to reveal the hidden documents will highlight this lack of accountability.