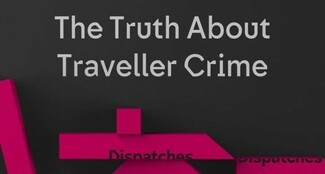 The TV watchdog, Ofcom, is set to open a new investigation into a complaint that Channel 4 ‘hoodwinked’ a Traveller Movement Trustee into appearing on their controversial TV show The Truth about Traveller Crime.

In the complaint to Ofcom – written by the Law firm Howe & Co and seen by the Travellers Times - Traveller Movement Chair Pauline Anderson OBE claims she was ‘mislead’ and ‘hoodwinked’ by CH4 producers into appearing on the controversial Channel 4 TV show as a ‘token Traveller’.

The complaint states that Anderson was not told that the TV programme would ‘solely focus’ on crime, nor was she told about the “sensationalist headline”, and was instead told by producers that it would be about a range of topics, including education and culture.

Ofcom will now add this investigation to the already ongoing investigation into the Traveller Movement’s other complaint that The Truth about Traveller Crime ‘manipulated claimed statistical data’ and caused racial harm and offence.

Macnamara added that they had undertaken their own research into the data sources used in the film and could confidently state the statistics that were used by CH4 in The Truth about Traveller Crime were not official police figures.

“Our suspicion,” said Macnamara, “also supported by police liaison, is that the producers chose thirty sites by means unknown, and then used one of the publicly available crime-mapping tools to look within a one mile radius, and I would suggest that such data could not be used to prove anything at all without a huge amount of additional information and work.”

The Traveller Movement’s lawyers have demanded to see the ‘claimed data’ that CH4 used in the TV show, but were refused. Now the lawyers are demanding that the data be surrendered to Ofcom for their investigation.

Channel 4 has previously defended the show as examining “an important issue which was addressed fairly, accurately, and with due impartiality in accordance with the Ofcom Broadcasting Code”.

The law firm Howe & Co have represented the Traveller Movement before, famously winning a landmark discrimination case against the pub giant JD Wetherspoons after Traveller Movement staff and colleagues were refused service on racial grounds.

The law firm have also previously attempted to sue Ofcom over their claimed ‘mishandling ‘of a Traveller Movement complaint about CH4’s Big Fat Gypsy Weddings TV series. However, a High court judge ruled that Ofcom had handled the complaint correctly as per their procedures.

In further developments advertisers have pulled their adverts from online broadcasts of the CH4 TV show.

After being made aware that their adverts were being shown on the programme, the University of Portsmouth’s official Twitter account said: “We didn’t know and are working to fix this now.”

The Open University said on Twitter: “This content contradicts our values and we absolutely do not endorse it.

“We work rigorously to prevent instances like these, and we share your disappointment in seeing our ads positioned in this way.”

The universities were responding to a joint Twitter call by campaign group Stop Funding Hate and the Traveller Movement, the national Gypsy and Traveller charity.

Meanwhile, car giant Hyundai have also pulled their adverts from the show.

A Channel 4 spokesperson said that the adverts had appeared to a “categorisation error”.

Adding to the pressure on CH4, The charity Friends Families and Travellers said they had written confirmation from Ofcom that the 7,391 complaints they had collected, the majority of which are from Gypsy and Traveller community members, would also be carefully considered and taken into account in the investigation.

Adding these 7,391 complaints to the 800 individual Ofcom complaints makes The Truth about Traveller Crime the 4th most complained about TV show this decade.

Meanwhile, in a rare move for complaints about the media, the Equalities watchdog has also waded into CH4 as well and has released a statement warning broadcasters to avoid showing discriminatory TV programmes.

“The Commission is highly concerned by reports of racist abuse directed against people from Gypsy, Roma and Traveller communities following the recent Channel 4 Dispatches programme,” said a spokesperson from the Equalities and Human Rights Commission.

“People from Gypsy, Roma and Traveller communities are faced with stark levels of prejudice and persistent disadvantage. The media has a responsibility not to increase tensions between different groups, especially in relation to people from ethnic minorities who already experience marginalisation and discrimination,” they added.

“Reports can have long-lasting negative consequences for people’s lives so it is vital that broadcasters recognise the dangers of exacerbating racial discrimination and scrutinise their reporting in light of the human rights at stake.”