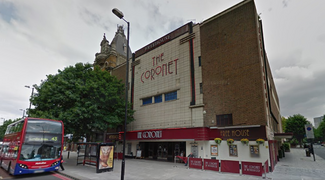 THE Traveller Movement charity has won a landmark victory in the High Court and dealt a crushing blow to casual racism against Gypsies and Travellers after Justice Hand ruled that a JD Wetherspoons pub in North London acted illegally when it refused entry to Travellers on the grounds of their race.

The incident happened in November 2011 at the Coronet on Holloway Road when a group of delegates from the Traveller Movement’s annual conference attempted to enter the pub but were stopped by door staff.

JD Wetherspoon, which is Britain's largest pub chain with over 900 pubs across the UK, will have to pay costs and damages to the group after the presiding judge ruled that its staff had stopped them entering the pub on racial grounds.

The delegates included Travellers, a police inspector, a barrister and a priest, all of whom were claimants in the case. The group was only allowed to enter the pub to speak to the manager when Inspector Watson produced his police identity card - and only on condition that he was responsible for the group.

The Traveller Movement instructed Howe & Co Solicitors to take the class action against the Coronet, under discrimination legislation. After a legal case lasting more than three years, the judge Mr Justice Hand ruled that JD Wetherspoon's actions were "suffused with the stereotypical assumption that Irish Travellers and English Gypsies cause disorder wherever they go."

"In my judgment this is racial stereotyping of those with that ethnic origin, he added. "It can be reduced to this crude proposition: whenever Irish Travellers and English Gypsies go to public houses violent disorder is inevitable because that is how they behave.”

The judgment is bound to affect the implicit view of many businesses that they will get away with turning Travellers away at their discretion because such behaviour is not racist. Both Romany Gypsies and Irish Travellers have been recognised as ethnic groups under Race Relations law for over a decade, but in many areas this does not seem to have sunk into public consciousness.

Martin Howe, senior partner of Howe and Co Solicitors, was one of the group who were turned away by door staff and was also a claimant in the case. “This judgment will shake to the core all those who engage in racist conduct towards Irish Travellers and Romani Gypsies. The last bastion of ‘acceptable racism’ has come crashing down," he said.

"Shops, restaurants, supermarkets, hotels, clubs and pubs will now realise that treating Gypsies and Travellers as second-class citizens is an affront to their dignity that is no longer tolerated.  Discriminators will pay in damages, in costs and in loss of reputation.," said Howe.

"This is a watershed day when Gypsies and Travellers no longer have to move on but can hold their heads high in the knowledge that there is equal treatment for all," he said.

"In this day and age it is outrageous that a national pub chain like JD Wetherspoons can carry out such a blatant act of discrimination against members of the Gypsy and Traveller communities, their friends and colleagues,"

“As a national charity who works to promote equality for Gypsies and Travellers across the country, we too often come across members of these communities being refused access to goods and services on the grounds of their ethnicity. We hope Justice Hand’s decision will mark a sea change in the unacceptably high levels of discrimination these communities experience.”