Why is it OK to persecute this ethnic minority? 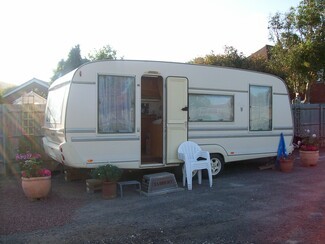 There was an unusual email circulated recently around parish councils. One paragraph read: “They have been very polite… children are delightful… two little ones have been going to the Elm Tree [pub], alone in their pyjamas to use the toilets after bedtime.”

“They” referred to a group of travellers who had pitched up at Elm Tree Fields in Paddock Wood. And promptly had eviction proceedings started against them.

Now, as a precursor to what I am about to argue, let me say that I understand the concerns of people, secure in their homes, who regard travellers as a threat and a nuisance and feel they must forever be ‘moved on’.  I understand it but I do not share their sentiment.

I’ll quote another paragraph of the email: “there is a sadness I feel that we have this conflict and misunderstanding between cultures and way of life… I was reminded symbolically of the plight of American Indians.”

“Paddock Wood Town Council today were granted a summons requesting the Travellers appear at Sevenoaks Magistrates’ Court tomorrow… we expect the court to approve the removal of vehicles from the playing fields – hopefully within 24 hours of the court appearance. The Travellers insist that they are in the borough for the Horsmonden Horse Fair.

We fully expect the Travellers to depart before any vehicles or property are seized, but where they land next we do not know. And when they will leave is also not known.

So, once again, can I ask that all landowners ensure that their land is made as secure as possible against vehicle incursion.”

I’ve put the last paragraph in bold because it was this that particularly incensed me.

Let’s look at some facts.  Statutory responsibility for councils to provide sites for Travellers was removed in 1994 leading, unsurprisingly, to an increase in unauthorised encampments. So, in 2012, the Government said provision of Gypsy and Traveller sites must be met by local authorities in their development plans.

A study published later by the Traveller Law Reform Project found that just four out of 115 surveyed authorities have implemented the policies. (TWBC was not one). Sites tend to be situated in environmentally deprived areas—on wasteland, floodplains or under motorway flyovers. This has a negative effect on physical and mental health that’s compounded by a lack of access to services geared to Traveller needs.

In August this year, the Government brought in new legislation clearly designed to make it more difficult for Gypsies and Travellers to obtain planning permission for sites in the Green Belt and open countryside. This, and other parts of the legislation, are likely to be challenged as discriminatory and a breach of Article 8 of the European Convention on Human Rights.

What we are talking about is an indigenous minority ethnic group that’s been part of Irish and British society for centuries, with a distinctive way of life, values, culture and traditions.  And yet, as a society, we seem to be doing our utmost to wipe them out.

Let’s return to Paddock Wood where the evicted Travellers were apparently assembling for the Horsmonden Horse Fair—a 400 year-old Kentish tradition. (This year’s was a shadow of its former self, swamped with police and officials, and having been banned altogether in 2000.)

Could the town council not have waited a few days until after the Horse Fair before evicting them from Elm Tree Fields? Could not our borough council live up to its responsibility and provide sufficient good quality official sites?  Could not every parish council—including mine—seek out some land where Travellers could stay for a period as the pass through? Could not the Government provide peripatetic teachers and health workers to help with illiteracy and deprivation? Could we not celebrate this ethnic and cultural group as an important part of Britain’s heritage?

Instead we have the council’s own Community Safety Officer perpetuating stereotypes and demonising an entire minority group and their way of life by warning landowners to secure their property against “vehicle intrusion”.

And who was the author of the enlightened email saying how polite had been the Traveller children and how she was reminded of American Indians ?  Why it was the chair of Paddock Wood Town Council. The very body that evicted them from the field in the first place. Oh dear.

This piece originally appeared in the Times of Tunbridge Wells on 30th September 2015.