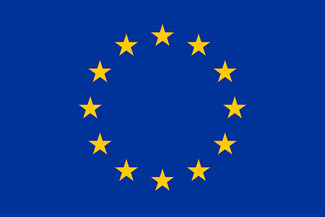 The UK is counting down the days until British people vote in what is undoubtedly the most significant political event to happen in decades. The vote is simple – ‘In’ or ‘Out’ of the European Union; however, the outcome and the potential fallout are far from simple or certain…

Many people are confused as to which way to vote, or which politician and public figure to believe. Both sides – ‘Brexit’ and ‘Remain’ have presented valid points, but equally so, both can be accused of using scaremongering and fear-induced campaigns, as each campaign seeks to out-do the other. Ultimately however, the debate can be reduced to two areas – immigration (and the refugee situation), and trade (essentially the money situation).

It is the first of these areas (immigration and refugees) that has the potential to cause issues for anyone within the UK whose face ‘doesn’t fit’, either way the vote goes. Why so? The answer is simple, but requires a brief look across the English Channel into Europe.

Many European Union nations are either struggling to cope with or adapt to the massive movement of economic migrants, both leaving and arriving in different European Union countries - and also refugees from non-European war zones. For example, a country such as Germany has suddenly seen over the past year not only the arrival of around 1 million refugees, but also around 600,000 European citizens from new and previously existing European Union states, such as Greece and Hungary.

As a result, there is a growing trend towards nationalism and right-wing political activity across many European states, which have seen a dramatic increase in Nazi and fascist groups. This same mind-set is slowly and subtly making its way back across the British channel, as disproportional resentment towards ‘the other’ grows.

The worry in this situation for us can be found in the actions (and potential actions) of government, the media, and in the general perceptions of public opinion, and the effect on the prejudice and institutionalised racism towards Britain’s most historic immigrant community – the UK’s Romany Gypsies and Pavee/Irish Travellers. So how can the growing trend of racist and nationalist attitudes in Europe affect Travellers and Gypsies when the UK goes to the polls on June 23rd?

If the UK votes to leave the EU, then the UK will be wholly governed by the Conservative party – at least until the next General Election. Since 2010, the Tories have systematically attempted to eradicate and dismantle Traveller life, and with some success too. Without the constraints of an EU government, the current Government would, to some degree, be able to implement even more measures, that could see the Traveller’s social and human rights eradicated.

If the UK votes to ‘remain’, then there will be a national – and a nationalistic reaction. Remember, just under half the UK’s population want to leave the UK according to some opinion polls, and this number is growing daily. If half the population are dissatisfied come the morning of June 24rd, you can be assured that a rapid development of nationalism will follow; this is not further scaremongering – it is simply observation of European trends and a typical historical political and social reaction by developed nations that can be seen by looking at the history books. For Travellers and Gypsies, this could easily bring about a situation where they are essentially positioned as a ‘scapegoat’; enduring the wrath for being ‘different’ and not conforming to national British ‘norms’ – whatever that is! Again, this trend can be seen in Europe, particularly in Romania and France.

Either way has the potential to be troublesome for the UK’s Travellers and Gypsies, but it doesn’t have to be that way. With increased political action – such as the recent protests and petitions in London, Travellers are much better positioned to defend themselves. With being more politically engaged, Travellers and Gypsies are both stronger as a community, and less likely to face opposition or discrimination from Government drives and racist public attitudes.

So I encourage you to resist shying away from the EU debate. Instead, get involved, get stuck in, discuss it with your families, and fight for your political beliefs! Use this time to get educated and to educate others. This vote will happen whether you like it or not, and come June 24th, the UK will either remain in the EU – or will leave it, again, whether you like it or not. But the fallout in the days, weeks, months, and even years, after the vote…Now that’s something you CAN do something about!