The persecution of Britain’s Gypsy and Traveller community continues 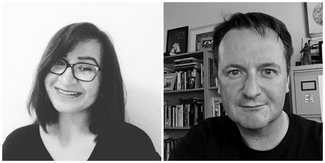 Granting even greater powers to the Police and seeking to make trespass a criminal offence is a deliberate violation of the human rights of Gypsy and Traveller communities in Britain, argue Brigitta Balogh and Colin Clark

On February 6, 2019 Sajid Javid, the current Home Secretary, announced plans to give police new legislative powers to curb so-called ‘illegal’ Traveller sites. In many ways this move by Javid was not a surprise as it builds on years of Anti-Gypsyism from the Conservative Party. In response, various non-governmental organisations, legal professionals, academics and activists, have all raised their voices and reminded Javid and his Government that responding to roadside (‘unauthorised’) encampments of Gypsy and Traveller families by simply criminalising them will not solve anything. In fact, the innovative ‘Negotiated Stopping’ scheme, developed by Leeds GATE, proposes that rather than costly evictions local authorities and police should engage with communities to secure land for sites and stopping places. This is sensible and the right thing to do.

This is the politics of victim-blaming

By proposing to make trespass a criminal offence, Javid is drawing on a long tradition in Conservative politics of using Gypsy and Traveller families as a community of fear and blame. Back in October 2017, during a House of Commons debate, Mark Francois, Conservative MP for Rayleigh and Wickford, suggested making acts of trespass a criminal offence. The proposal to make trespass a criminal offence - that is, to criminalise a way of life in the UK that dates back centuries – runs counter to universal human rights given the lack of protection available to the communities in everyday life. The Government’s failure to meaningfully engage with the call from the European Union for the adoption of National Roma Integration Strategies also speaks volumes and it is clear that new anti-discrimination measures, with an emphasis on criminalising anti-Romani rhetoric, will not be forthcoming anytime soon. This is the politics of victim-blaming.

Historically, it is clear that legislation can play a large role in shaping public attitudes to social issues. Legislation and policy act as guides to differentiate between what is right and what is wrong and, fundamentally, what is lawful and what is unlawful. This moral and ethical barometer, as much as the legal and policy aspects, is important to appreciate. Clearly, if Javid’s proposed legislation is passed, the message would be very clear: the Government does not respect or want to protect the nomadic traditions of our communities. In fact, this is a strategy for assimilation - they want to force families to settle into housing. 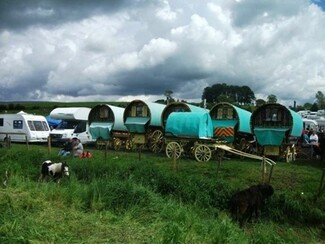 In attempting to ‘sell’ these new plans to an already anxious pre-Brexit electorate, Javid stated in the joint Ministry of Housing, Communities & Local Government (MHCLG) and Home Office press release that “The result of our initial consultation was clear - people want to see greater protection for local communities and for the police to be given greater power to crack down on trespassers.” The language and nuance of the Minister is revealing; Gypsy and Traveller communities are portrayed as no more than ‘trespassers’ and as a threat to “local communities.” The press release continues by saying that: “The consultation response was clear that problems are caused for communities by travellers moving from place to place.” But, as nomadic Traveller families know all too well, the problem is not that they are mobile, often for commercial reasons, but that the Government has failed to provide a network of sites and stopping places to enable families to park-up and stop legally. It is the Government’s failure to provide sites, whether offered by local authorities, or private sites that should be the focus of these discussions. Gypsies and Travellers put this forward during the consultation process, as discussed below.

Further, in the announcement it is stated as fact that “… councils will be reminded of their existing obligation to provide enough “transit sites” to reduce the risk of communities seeing illegal sites set-up on their doorstep and to identify suitable sites, so problems are not simply shifted on to neighbouring areas.” There is one big concern here: where is this existing ‘obligation’ written down, legally? It is known that the statutory obligation for authorities to provide sites that was contained in the Caravan Site Act 1968 was repealed by the Criminal Justice and Public Order Act, 1994. It appears that the statements contradict one another, unless the meaning is an ethical or moral obligation rather than a statutory one? However, the problem with a moral or ethical obligation is that they are seldom met, especially when it comes to issues impacting on Gypsy and Traveller families. It is the case that local authorities can decide whether there is ‘need’ to allocate authorised sites but too often that ‘need’ is downplayed or ignored. Local politics dictates that ‘suitable land’ cannot be agreed upon, economics and AntiGypsyism dictate that sites are a low priority. 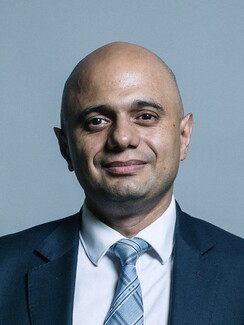 Following the press release and statement by Javid on February 6, 2019, MHCLG published a paper called: ‘Government response to the consultation on powers for dealing with unauthorised development and encampments: A summary of consultation responses and the way forward’. Underlining the points made by his Home Office colleague Sajid Javid, James Brokenshire, Communities Secretary, does not present the communities he is supposed to serve as being one and the same. Gypsy and Traveller families are presented as being somehow outside of the law, as trespassers, as ‘flouting’ planning legislation and policy. Meanwhile, settled, non-Traveller neighbours are regarded as being in need of a ‘saviour’ from such ‘invaders’, and the Government will do something about this. It is a familiar ‘divide and rule’ narrative. We see this all the time in newspapers, on television and in the streets.

To finish, we need to be very clear in our individual and collective responses that the proposals represent the legalisation of Anti-Gypsyism. When a Minister singles out a particular community and is willing to introduce ‘tougher’ legal enforcement, it makes you stop and think: are we being publicly persecuted? Without wanting to create panic, if the Government can criminalise an entire community based on their nomadic way of life, what might be next, and what other communities might be targeted? The Government have been ignoring academic research, personal testimonies and their own data on site provision for years. They are failing us yet again and if trespass does become a criminal offence the risks for all of us are great, whether living in trailers or houses.