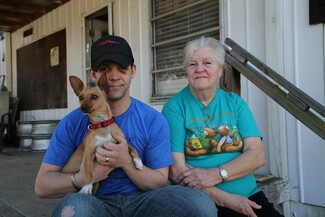 Photo journalist Elisabeth Blanchet talks to Mike Carroll, an Irish Traveller from Murphy Village, South Carolina, USA, a community of around 2,000 Travellers of Irish descent who settled in Aiken County near Augusta, Georgia, in the early 1960's. Carroll is the author of the self-published book Irish Travellers: An undocumented Journey Through History and gives Travellers’ Times an exclusive insight of the every day life and the history of his people and community. 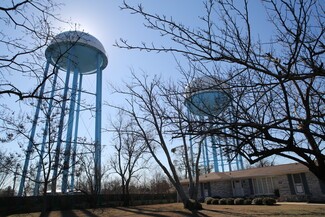 Elisabeth Blanchet: Could you sum up in a few words the history of your family, where they come from, how they arrived in the USA and in Murphy Village?

Mike Carroll: My people were once a settle clan who lived in a quiet, peaceful community before becoming a nomadic subculture in Irish society.  A people forced to split up into eleven groups and travel the emerald-green hills in search of work to support their families. A chance encounter between a Protestant landowner and a young Traveller forever changed my forefathers’ destiny and took them from their ancestral home to Holland and eventually America. 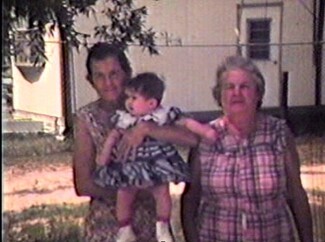 When my forefathers arrived in America, they found life in the colonies closely resembled life in Ireland. Because of their inability to find stable employment, our clan returned to an itinerant lifestyle and travelled throughout the southeastern United States for many decades. During their travels, they often set up camp in an area known as "The Pines" in the small community of Belvedere, South Carolina. It is here where they met and befriended a Roman Catholic priest named Father Joseph John Murphy. He convinced my people to purchase land adjacent Saint Edward the Confessor Catholic Church to provide a stable home for the women and children of our group.

Murphy Village, in the beginning, was a wooded area adjacent a Roman-Catholic church (Saint Edward the Confessor) located a short distance from the Aiken County border in Edgefield County, South Carolina. My family migrated to “The Camp” from Brays Hill a geographic area located in Athens, Georgia. My family's migration to what was then called "The Camp" later called Murphy Village was encouraged by my grandfather, Barney B. Gorman. 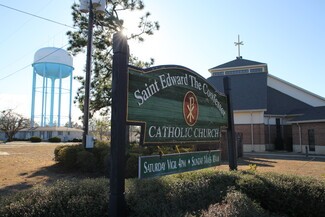 EB: Can you tell us about your childhood and teenage years at Murphy Village?

MC: My parents feared the outside world and the malice that lurked just beyond the borders of our encampment. Most of the faculty and students at my school made it very clear that I was unwelcome and saw my attendance as a waste of school resources. As a young child, I was always surrounded by family and played with cousins who lived only a few steps away from my front door. A four-corner tree in our front yard where grandfather would tell stories about the history of our people, their struggles in America, and our ancestral home, Castlerea. I would often lay back on the freshly cut grass, close my eyes, and imagine the beauty of the gently sloping emerald-green hills of Ireland, often finding myself longing for a place I had never seen and a home I had never known.

Growing up as an Irish-American Traveller in the southeastern United States was difficult and presented many challenges. Our customs and traditions were very different from those of the local community, a community steeped in southern ideals. A culture depicted by a lady drinking lemonade as she watches the African slaves joyfully work in fields for the betterment of their master. A place that called its minority African population “Niggers,” Hispanic population “wetbacks,” and Irish population “Gypsies.”  It was during this time I realised that my people lived as if the outside world did not exist. 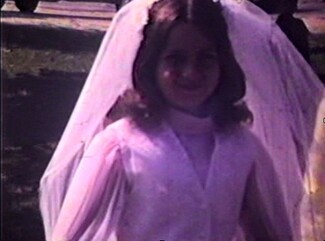 EB: Can you describe Irish-American Travellers’s traditions? Are they still important to the community?

MC: Irish-American Travellers cherish their traditions that have been passed down from generation to generation for hundreds of years. Forbidding sexual relations between a man and a woman before marriage. The importance of arranged marriages to guarantee the continuation of bloodlines. Arranged marriages have been a cornerstone of many cultures, African, Asian, Buddhism, Hinduism, India, Islam, Judaism, are among the numerous cultures that practice this tradition. This custom when practiced by Irish Travellers is put under a microscope and tainted with racism. The family of a girl provides a dowry. For hundreds of years, Irish Travellers named their first-born son in honor of his grandfather and many other traditions. 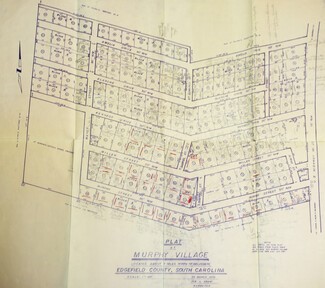 Long-standing traditions remain important aspects of our community. These traditions serve to reinforce our beliefs in religion and way-of-life. An ethnic minority must never be forced to abandon their culture in exchange for acceptance. 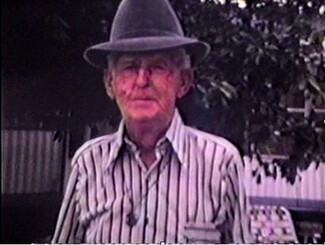 EB: Irish Travellers are not recognised as an ethnic group in the US. Do you think they should and in that case, why?

MC: Irish-American Travellers in the United States must be recognised as an ethnic minority. The United Nations International Covenant on Civil and Political Rights (ICCPR) was adopted on December 19, 1964, and came into force on March 23, 1976. The United States of America (USA) both ratified and is a signatory to this important international human rights document. Irish-American Travelers meet all the criteria required under Article 27 of this document and denying their recognition as a minority in the US is in violation of the ICCPR. Irish-American Travellers have a distinct culture, customs, and traditions and are seen by themselves and others as different, a fact that has repeatedly been documented. They are recognised as a minority in Ireland their country of origin, and the United Kingdom (UK). 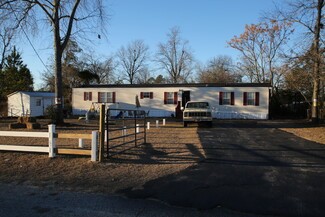 EB: In the UK, Irish Travellers are among the most discriminated against ethnic groups. How about the USA?

MC: Irish-American Travellers are perceived as an undesirable group by most of the United States (US) population which has resulted in discrimination and racism. Like the schoolyard bully who hits his victim without fear of retaliation or public outcry, the mass media promotes the image of a race made up of only con-artists, criminals, and thieves. The medias false narrative is used to reinforce racist beliefs and intensifies racial discrimination against people who have endured such treatment for centuries. My book, entitled: "Irish Travellers: An undocumented Journey Through History" gives several examples of unjustified prosecutions and discrimination by law enforcement against our ethnic minority in the US. 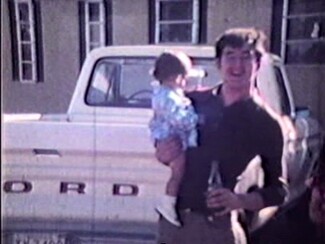 EB: Looking at local papers headlines, there are tensions between the Murphy Village residents and the 'outside' world. Do you think there are efforts made on both sides to accept each other not?

MC: People often fear what they do not understand and reject those who live differently in favor of the familiar. This misunderstanding has led to propaganda and out-and-out lies about our ethnic minority and way-of-life. False accusations of criminal activity, underage marriages, and child abuse have forced our people to remain on the fringes of society. The media reports negative events involving our minority with glee, refusing to report the crimes committed against the innocent of our groups. Two years ago, the Department of Social Services (DSS), State of South Carolina investigated alleged underage marriages and sexual abuse of young girls in our community. In their effort to prove wrong, right, state officials conducted an early morning raid on local schools and took into protective custody Irish-American Traveller girls ranging in ages from 6 to 12 years. These innocent children were subjected to medical exams to prove their innocence without their parents’ approval. Truth holds little importance when compared to the media's hunger for increased ratings, readership, and sensationalism. Your question used the word “tensions” between Murphy Village and the "outside world." Perhaps you should have used the word intimidation or the phrase race hatred in the narrative of your question. 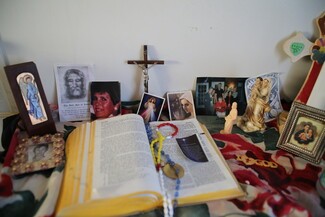 EB: There is an obvious wealth divide between the 'original' Murphy Village and the other side of the road where Travellers live in huge mansions. Could you explain why?

MC: Murphy Village was the original encampment and has seen little improvement since its development. As our community grew, it became necessary for future generations to move to adjacent lands. As years passed homes became larger depending on the financial success of each family. Like all communities, there are those who have been more successful in business, and this has led to a wealth divide in our community. Irish-American Travellers have invested money in real estate, rental properties, and mobile home parks, not only in South Carolina but neighbouring states. 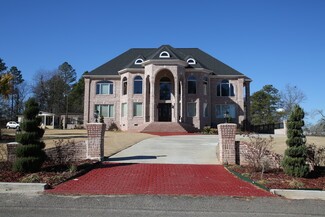 EB: How do you feel about settling down?

MC: I believe Irish Travellers in Ireland, the United Kingdom (UK), and the United States (US) must settle down, educate their children and demand their rightful place in society. But I do miss the travelling: travelling the open road, not knowing what’s around the next corner, meeting new people, and seeing the natural wonders of the United States are all compelling and intoxicating. 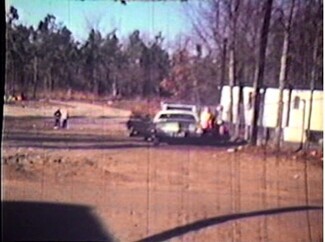 EB: Do you think there will be more Irish Travellers going into higher education and marry outside the community?

MC: I have always believed the pathway to success is education and children follow the paths taken by their parents. I married my wife when I was 19-years-old and looked into the eyes of my first born child when I was 20-years-old. I saw in my child's eyes the ability to overcome any hurdle and achieve any goal, but only if I took her by the hand and led her down the path. I attended university, became a mortgage underwriter, and encouraged my children to fight for what they wanted. My oldest son is going to medical school to be a cardio-thoracic surgeon. My second son is going to medical school to become a neurosurgeon. My daughter is a surgical nurse, and I have a daughter in school becoming an emergency room nurse. My daughter married a young, uneducated Traveller from our community.

My family has set an example of what is possible in our community in South Carolina. There has been a recent increase in high school graduates, but as a minority has a long way to go. Marriage to outsiders is not forbidden, but it is not encouraged. 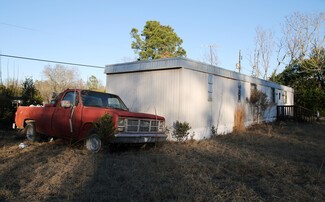 EB: Do you think there is a danger of an extinction of your community at some point?

MC: This question is perhaps the most difficult to answer for several different reasons. History teaches us that to survive all cultures must evolve with an ever-changing world. For some, change comes slowly and often at great sacrifice requiring the loss of old-world traditions in favor of acceptance. Irish-American Travellers because of their reluctance to change have become people at odds with society. We are a people that belong more in the past than in the present. Arranged marriages, the need to find safety within our small community, and refusal to accept change all bring into question our longevity. 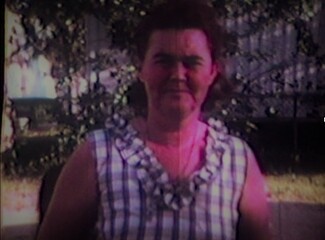 EB: How do you see the future of your community?

I see our community retaining their ethnicity and traditions, but eventually abandoning of life on the road in favour of a settled way-of-life.

To order Mike Carroll’s book click on this link: Irish Travellers: An Undocumented Journey Through History 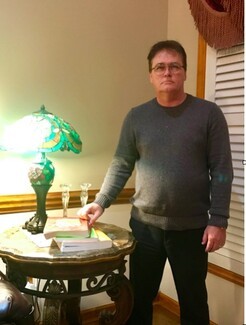