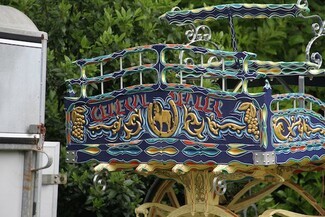 Nelson Jack Boswell, the Romany Gypsy author, contacted The Travellers’ Times and then emailed to us a letter he wrote about the new Government planning laws about Gypsies and Travellers. The new law – passed earlier this year - says that only Gypsies and Travellers who ‘travel’ regularly will be able to build a private Traveller site, or apply to live on a public council one. We are grateful to Mr Boswell for allowing us to publish his letter to the Government and we will be sending it on to the Prime Minister.

In The Travellers’ Times Magazine Autumn 2015 issue 58 (page 14), there is an article called ‘No definition of Gypsy’s and Travellers’ which challenges the new law that seeks to redefine who Gypsies and Travellers are.

The Government man who thought up this new law is completely in the dark - or out to make Gypsies disappear. This law has been thought up by many tyrants, evil and ungodly people. If we take a French man and put him in a cave, a ship or a trailer caravan he is still a French man because that is his race, his culture, his bread.

This Government man says if a Gypsy is in a house or on a permanent caravan park he is not a Gypsy. This man may have many qualifications, but he has no common sense, no sharpness, he isn’t street-wise. If he was put out in the world to get a living, he would starve.

I have owned a caravan park and houses in St Andrews, Blackpool, Leicester and Bristol, I have also lived in four mobile homes, this covering half my years the other half in a trailer which I am now living in. I have been to 16 countries including America; mixed with all breeds of Gypsy’s, some in houses all of their lives, some in trailers, they will all tell you the same thing “I am Tatchna Rumney Chell”. A true Gypsy. It is a very strong bloodline deep in character. My name is Boswell, the oldest Gypsy name in Britain; we originate from the Mediterranean, Murcia, south of Spain, Canary Islands and Turkey.

Go into any library you will find very prominent the name of Boswell in the Gypsy books. This government man, who makes this statement that his boss has told him to, makes himself look like a fool and if he wants a friendly with me in an open, public discussion on Gypsy’s, the language, the culture, the life, I will meet him. Does he know the difference between a Traveller, Showman, Irish Traveller/Pavee and a Romany Gypsy? Does he know a few Romany words? Can he speak the language tatchna rumney chell rockpoen if so pen horly to mandy, or does he study a Gypsy language book that has been written by a non-Gypsy learning some of the slang and jargon.

I do not mean to be silly, I’m just annoyed. We have been in Britain for 400 years, we only ask for a trailer park here and there with a shower and a toilet to each block, a quarter of the price of a council house and we will pay the rent and keep it clean. Visit one of the very few and see, that’s why some have to stay on the side of the road, the children getting no schooling and when a Gypsy family buys a quarter or half an acre of land its ‘no you can’t stop move on’ yet still we turn out world champion boxers, actors and singers. Imagine if we had the chance of education and on to university, maybe lawyers, surgeons and MPs.

Many of us have fought for this country and Jack Cunningham of Hull won a Victoria Cross. Hundreds of us fought and died in two world wars whilst the rest helped to bring in the harvests to feed the country. Sit and talk to us, to those who have little education, to converse with you. For God’s sake Mr Government man, give us a chance – I never would have thought I would see ethnic cleansing against Gypsy and Traveller people in our own country.