How Traveller boxers took over the world 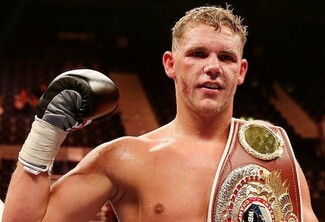 How Traveller boxers took over the world.

Over the past couple of months The Travellers’ Times have been extensively covering the rise of champion boxers from the Travelling community.  In only a short space of time, Gypsy & Traveller boxers from all corners of Britain have won the World Heavyweight, World Middleweight, Commonwealth Featherweight and the British Light Heavyweight title.

The journey started with Tyson Fury’s trip to sold-out ESPRIT Arena in Dusseldorf on 28th November 2015. Coming into the fight, Fury was the rank outsider with the bookies, his opponent Wladimir Klitschko had been Heavyweight champion since 2006 and unbeaten in 11 years.  There was a long build up to the bout with multiple press conferences ranging in tone from nasty to surreal to hilarious.

The fight was a tense studious affair, with both men taking their time - a mental chess match. Fury eventually out-boxed the more experienced Klitschko for the latter part of the fight and left the champion bloodied and bruised. At the end of twelve hard fought rounds, Fury, against the odds, had his hand raised as the victor, winning via a unanimous decision with the judges scoring it 115-112, 115-112, 116-111. With the victory Fury won the WBA, WBO, IBF and The Ring Heavyweight world championship. With this feat, Tyson Fury became the first Traveller World Heavyweight champion. On the 9th July Fury will put his belts on the line for a rematch with Klitschko at the Manchester arena.

On 19th of December in front of a sell out crowd at the Manchester Arena, history was made. For the first time ever two boxers from the Travelling community fought for a world title. Going in to the fight Andy Lee, the London born, Irish raised fighter was favourite to beat the Hatfield based former Olympian Billy Joe Saunders. Lee, who won the WBO belt against Russian matt Korobov via a TKO in 2014, was defending the belt for only the second time against the unbeaten Saunders.

Prior to the fight commentators were expecting a blood and guts tear-up, but his wasn’t to be. The bout was a master class in technical boxing, between two highly skilled competitors. The big shock came in the third round when after a tetchy start Saunders landed a thundering hook to Lee’s head for a knock down. Lee managed to get up and beat the count but a few moments later Lee was back on the canvas. Again he got back to his feet. Saunders tried for the KO, but Lee weathered the storm. After the knockdowns, the fight progressed it as it started, a tactical battle of the wills.

The bout went the whole 12 rounds, and as the bell rang both men raised their hands in victory after a hard fought battle. It now all came down to the judge’s decision. The official scores were: 113-113, 114-112 and (115-111) in favour of Saunders. Billy Joe Saunders was named the winner and is now the new WBO middleweight champion of the world.

Hosea Burton followed the path set by his cousin Tyson Fury by becoming the British champion on the undercard of the Frampton vs Quigg unification bout. Burton went into the fight unbeaten with a 15-0 record. He then comprehensively dismantled the undefeated Miles Shinkwin for the Light Heavyweight Lonsdale belt.

After weathering an early onslaught from Shinkwin, Hosea managed to put Miles to the floor in the second round with a hard body shot - despite suffering a suspected broken nose. With both fighters going hard and looking for the early win, Hosea put his opponent down again in the fifth round with a solid hard right.

Burton’s strength and power proved to be the main difference between the two pugilists. This showed in the sixth round, when Hosea put Shinkwin on the canvas again with another right hand. This time the ref had seen enough and stopped the fight. Hosea Burton lifted the belt and was crowned the new British Light Heavyweight champion.

Also on the undercard of the Frampton/Quigg show was the matchup between Morecambe based Traveller Isaac Lowe and Belfast man Marco McCullough for the Commonwealth featherweight title. Lowe, who showed superior boxing skills throughout the fight dominated from the first round on.

McCullough who never seemed to settle into the bout was on the receiving end of Lowe’s constant jab and also got caught with swift combinations. A clash of heads in the fifth round caused a nasty gash above McCullough’s left eye. Lowe continued with a barrage of hooks as the blood poured from the Northern Irishman’s wound. The bleeding finally forced his corner to throw in the towel in the eighth round.  The elated Lowe had his hand raised and was announced as the new featherweight Commonwealth champion.

Another boxer from the Fury stable, Hughie won the vacant WBO Inter-Continental heavyweight title at his first televised headlining show at the The Copper Box arena in London. Fighting the Cameroonian Fred Klassi, Fury won in convincing fashion, the bout went to the scorecards after seven rounds following an accidental clash of heads - which left Fury with a deep gash over his left eye. Fury was well ahead on all judges scorecards (69-66, 70-64 and 69-65).  With this win Fury extended his unbeaten run to 20 wins without defeat.