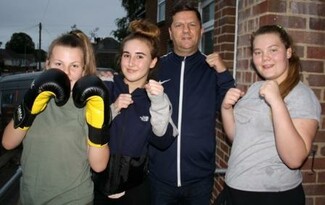 Michael is a Gypsy from Dorset who turned his life around after years of addiction and who now runs a non-contact boxing club in Poole – local writer  Louisa Adjoa Parker tells his story.

Michael was born in Poole, where his parents also come from. His grandad comes from the New Forest, and his grandmother Tilly Johnson’s family has been around for 300 or 400 years in the Bournemouth, Ringwood, and New Forest area.

‘I grew up in the Bourne Valley. I was born under a tree then I got taken to Poole hospital. I went as a baby to Yarrow Close in Poole, a Gypsy caravan site, and lived there until the age of seven when I moved to Arne Avenue. I’ve lived there for 30 odd years,’ says Michael. 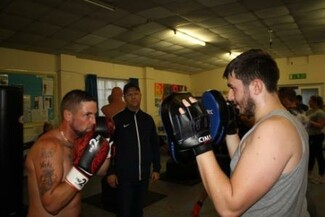 Michael travelled, going ‘back and forth’ a lot when he got older and lived in places including Scarborough. He has mainly lived in the Parkstone, Poole and Bournemouth area. He was a drug and alcohol user for 28 years, something that ‘pretty much destroyed’ his family, but he has changed his life around: he has been sober for the past eight years. He now runs a non-contact boxing club, Life-Changing Choices, and works to support the community.

Michael began drinking at a young age. ‘At the age of eight I wanted to be like the men, I started drinking these little brown ale bottles, tasting the alcohol, and it all led from there. I grew up with what I was seeing; I didn’t know any different.’ 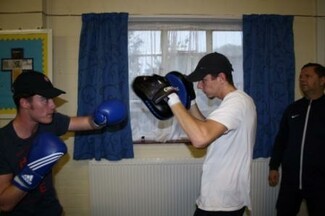 He stopped drinking for a few years when he became an athlete. ‘I ran for Dorset twice, I won every 1500 metres race in all the schools I went to. I was unbeatable really.’

On his 16th birthday he drunk a glass of cider, ‘and it lasted for 28 years. It was impossible to get out of that world because I didn’t know anything else.’ 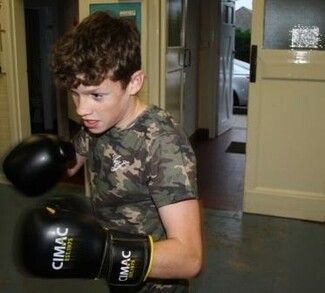 The turning point came when Michael found faith. Although he has always believed, he now thinks you have to be ‘a part of what you pray for.’ He also did some mentoring whilst in prison, and began seeking support. Although he is sober, he experiences mental health issues. His family have suffered a lot of bereavement.

Michael has spent much of his life with the non-Gypsy community (gorjas). ‘Because I moved out of the site when I was 8 and went into a council house, straight away I was with gorjas. I grew up with them. Nice people.’ 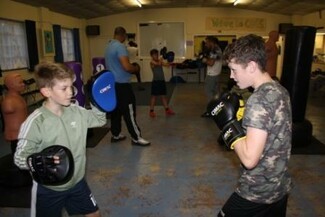 As part of keeping himself well, Michael walks long distances.

‘I used to follow my feet around for 28 years. I never saw the trees, the flowers, the seaside, people, I never saw nothing like that. And now I can see. When I started seeing it, that was my therapy.’ 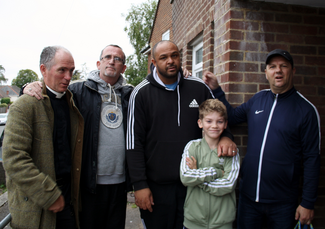 The gym Michael runs is a non-contact kickboxing and Thai boxing community gym at the Church of the Good Shepherd in Poole. The gym, which is open on Thursday evenings from 5.30-8.00pm, supports the community, especially young people, with mental health, drug and alcohol issues, crime and anti-social behaviour, and signposting them in the right way. People from all backgrounds are welcome.

The gym came about after Michael met Nathalie Sherring, Chief Officer of Dorset Race Equality Council (DREC). He told Nathalie about his background and what he hoped to achieve. 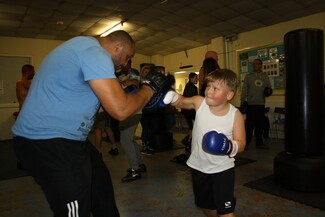 Nathalie says, ‘Michael had changed his life, and this was partly due to taking up non-contact boxing with friends. He wanted to give back to the community and help others avoid going down the route he went down when he was young.’

DREC supported Michael by connecting him with other organisations such as Active Dorset, and setting up a steering group. The club opened on the 26th July 2018, and has been a great success, with around 25 people using it each week. 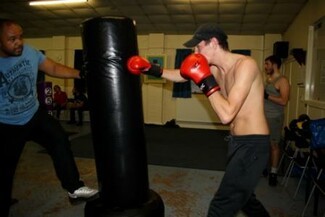 ‘The young people love it,’ says Nathalie. ‘They support each other and have a good time. The adults who come have seen a huge difference in the young people. Everyone is happy, there’s no bad behaviour.’

DREC will continue to support the club, and Michael hopes to set up more clubs in different locations across the country. 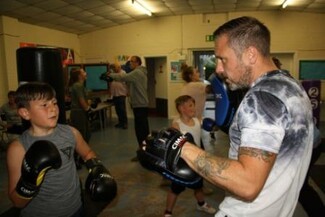 We Have a Voice Too! 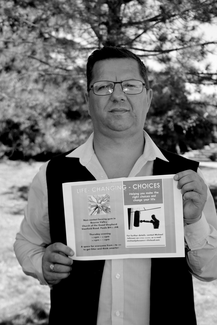 Michael found faith and turned his life around

The project has been funded by Mars goodnessKNOWS, and aims to support Gypsies and Travellers to tell their story in order to help increase understanding about their lives and the discrimination they can face. This the second time DEED and Kushti Bok have worked in partnership to raise such awareness – the organisations previously worked together on the Positive Stories project, which was funded by Comic Relief and also supported Gypsies and Travellers in Dorset to tell their stories, some of which were published on the DEED website as well as in the Dorset Echo and Blackmore Vale.

Local researcher Louisa Adjoa Parker, who focuses on telling the stories of black and minority ethnic people in the region, worked with DEED to gather the stories. Louisa and Louise Boston-Mammah from DEED first met and interviewed Michael, a 46 year old Gypsy from Poole, at the Dorset Roma Holocaust Memorial Day held in August 2018. He invited the pair along to the gym, Life-Changing Choices, which he runs in Poole.

Louise says, ‘It was a pleasure to meet Michael and all those involved with Life-Changing Choices. They are an inspiration and we are proud to have met them as part of the We Have A Voice, Too! project. I’ve learned that people’s lifestyles may be different, but we share our hopes and dreams for the future.’

Michael’s story is one of many previously untold stories from a community that often faces marginalisation and discrimination. Extracts from the other Gypsy and Traveller’s stories recorded during this project are being showcased on a pop-up exhibition produced by DEED.

To find out where you can see the exhibition visit DEED’s website www.deed.org.uk or email info@deed.org.uk