Does Tyson Fury's views really differ from yours? 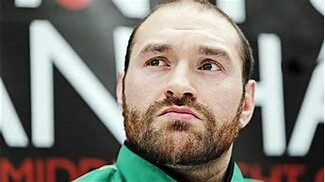 Tyson Fury is to be congratulated on his heavy weight championship of the world win, a great achievement from a gypsy man and a British one at that I'm very proud. However the win has has fallen into the background in the media due to his comments regarding gay people, paedophiles and women.

But has what he's said regarding these sections of society come as a shock to many Gypsy people?

Would the average Gypsy compare gay people and paedophiles on any level? If so how? I can't begin to comprehend how my really rather boring life raising my wonderful adopted children and enjoying my husbands company would bring about the end of days just because I'm a man who married a man! There certainly isn't anything in the bible that would support this nor does it mention abortion as Fury claims. Confused? Well so are most of society hence all the bad press Tyson is getting.

However is Tyson just voicing the opinions of the vast majority of Gypsy people?

I can go to a fair such as Appleby or Stowe keep my head down and enjoy the  festivities, however can't openly walk into ANY situation were Gypsy people are gathered without fearing my life if I want to be open about my sexuality or take my spouse and children, including my parents and siblings homes!

Trust me when I say there are many LGBTI Gypsies from all parts of the world who live underground or on the fringes of our society. Is Tyson just speaking out about Gypsies generally feel?

I think he is, I think Gypsies are homophobic and in some way so am I. Sometimes I hope and pray that my children will turn out straight simply so that they can expierence some of my culture as a Gypsy.

I wonder if we'll ever see a stand at any Gypsy fair offering support, advice and encouragement to Gypsies who a LGBTI? If we do they maybe we could say with some confidence that Gypsies are not homophobic