ASSESSING THE NEED FOR GYPSY AND TRAVELLER SITES IN ENGLAND 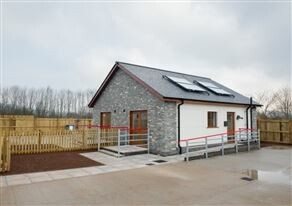 The Government has recently published the Housing and Planning Bill. The Bill’s first reading was on the 13th October 2015, the second reading took place on 2nd November and the Committee Stage debate took place on 26th November.

(1) In section 8 of the Housing Act 1985 (periodical review of housing needs), after
subsection (2) insert—

“(3) In the case of a local housing authority in England, the duty under
subsection (1) includes a duty to consider the needs of people residing
in or resorting to their district with respect to the provision of—

(a) sites on which caravans can be stationed, or

(b) places on inland waterways where houseboats can be moored.

“caravan” has the meaning given by section 29 of the Caravan Sites
and Control of Development Act 1960;

“houseboat” means a boat or similar structure designed or
adapted for use as a place to live.””

It is our view that if this clause is adopted then it will have significant adverse consequences for the Gypsy and Traveller community who are amongst the most marginalised in society.

What does the clause mean in practice?

Why is this a problem?

Gypsies and Travellers have unique accommodation needs which national and local government has failed to address for more than 50 years. In our view, those needs will only be met if the requirement that local authorities undertake a robust assessment of their particular accommodation needs is maintained (rather than those needs be considered as part of general housing need); and the fact that Gypsies and Travellers are recognised as ‘hard to reach’ groups only serves to reinforce our view that the Government should provide local authorities with specific guidance for local authorities to follow when carrying out such assessments.  Currently, that guidance is provided by s. 226 of the Housing Act (HA) 2004 and it has helped ensure that local authorities carry out robust assessments of need and that those who have failed to do so are brought to task by Gypsies, Travellers and their representatives.

This clause has been presented to Parliament without any prior consultation.

The consultation on ‘Planning Policy for Traveller sites’ did propose the revision of existing guidance on the application of the duty to assess the need of Gypsies and Travellers under ss. 225 & 226 of the HA 2004 and the amendment of the Housing Regulations 2006 definition of Gypsy and Traveller. However, the current proposal is manifestly different and the Gypsy and Traveller communities and those representing them should have been consulted before the clause was included in the Housing and Planning Bill.

The Government’s Impact Assessment (IA) with regard to clause 84 states:

5.1.1 This policy will ensure that all members of the community are treated equally, taking into account the special needs of some in accordance with legal obligations.

5.1.2 The Government recognises a perception of differential treatment in favour of Gypsies and Travellers. It therefore wishes to simplify the legislation governing the assessment of housing and accommodation needs of the community so as to remove this perception.

5.1.3 This would mean moving away from separate provisions for Gypsies and Travellers in housing legislation in favour of a unified provision that enables the housing and accommodation needs of the entire community to be assessed and remove the perception of favourable treatment.

5.1.6 The Government recognises the possible impact on Gypsies and Travellers that in the future assessments of their needs may fail to be carried out adequately.

5.1.7 This is balanced by the fact that local housing authorities have had eight years to embed the analysis of ‘gypsy and traveller’ needs as prescribed in existing legislation into their overall assessments. This legislative change does not seek to interfere with that process.’

The Government’s reference to ‘a perception of differential treatment in favour of Gypsies and Travellers’ is noteworthy.  Insofar as there is such a perception, we would say that it is based upon a lack of the knowledge of the shortage of caravan sites for Gypsies and Travellers and/or a failure to understand the process by which that under provision is being tackled.

Records show that about 1% of the settled population in England are homeless. By contrast, the January 2015 Department for Communities and Local Government (DCLG) Traveller Count (always an underestimate, of course) showed 13% of Gypsies and Travellers who are living in caravans to be on unauthorised developments and encampments i.e. homeless under the terms of the Housing Act 1996.  Given that the caravan count is an underestimate, it may be that a more accurate percentage would be in the region of 20%. Whichever figure is taken, homelessness amongst Gypsies and Travellers is very much higher than amongst the settled population.

It is generally accepted that the problem of unauthorised developments and encampments is caused by the continuing and dire lack of adequate pitches. Given that fact and the Government’s positive obligation under Article 8 of the European Convention on Human Rights (the Convention) to facilitate the Gypsy and Traveller way of life[1], one would expect the Government to take positive steps to address the shortage of caravan sites for Gypsies and Travellers even though that might mean treating them differently from those with general housing needs. Indeed, treating them no differently from others with a general need for housing may constitute unlawful discrimination[2].

The Government’s IA does not address these points. Nor indeed, does it make reference to the fact that Romani Gypsies and Irish Travellers are ethnic groups for the purposes of the Equality Act. In the circumstances we take the view that clause 84  may be found to breach the Public Sector Equality Duty and Article 8 taken together with Article 14 of the Convention.

We would ask MPs to support the retention of ss. 225 & 226 HA 2004 in order to ensure that Gypsy and Traveller accommodation needs are assessed properly.

Without the requirement to conduct specific Gypsy and Traveller accommodation assessments there is a very real likelihood that local planning authorities will be able to avoid making proper site provision for Gypsies and Travellers in the future. When coupled with the other negative measures recently adopted by the Conservative Government in the name of ‘fairness’ it has become very clear that this administration has declared war on the traditional way of life of Gypsies and Travellers.

See the CLPBlog on the new Planning policy for Traveller sites (PPTS) :

TAT are very interested in hearing from Gypsies and Travellers affected by any of these changes as mentioned in this blog.

[2] Article 14 of the European Convention on Human Rights may require a State to apply different treatment for those in different situations (see Thlimmenos v Greece (2001) 31 EHRR 15).