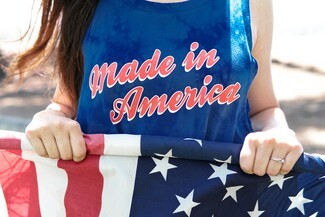 Racism is still alive worldwide but in the USA it’s prevalent ... writes Chris Glover. The Black Lives Matter movement has brought the world’s eyes on to the problem of racism and inequality in America today. However, this is merely scratching the surface, with races such as Native Americans still receiving untold racial abuse to this day.

From my own standpoint, I’ve discovered that Americans views on Travellers as a race is uneducated and misguided. Americans aren’t even aware that Romani Gypsies and Travellers are race and have a racist stereotypical viewpoint on ‘Gypsies’.

Most American interpretations of Travellers are massively misguided. Initially they won’t understand the term Traveller, when you explain its what they would know as a ‘Gypsy’ they then imagine someone that you would see in the classical musical Carmen. However, the uneducated and stereotypical views that ‘Gypsies’ are untrustworthy people is immediately prevalent based on their own misinformed education and general close-minded beliefs.

Most Americans who have seen the movie snatch or the television program My Big Fat Gypsy Wedding automatically paint Travellers with the same brush. The amount of times I’ve been asked ‘do you like dags?’ is beyond ridiculous. When discussing politics I have been told that I don’t have a right to vote based on my ethnicity and I don’t have the right to discuss politics, despite earning a degree in politics and journalism from the University of Strathclyde in 2017.

To conclude it’s very apparent that middle America, which is still riddled with racism is unable to accept people from the Traveling community. Whether that be the bigoted women believing that our culture isn’t compatible with American society or whether that be that Travellers have no right to civil debate and civil liberties at that. Travellers are still seen as characters from television that can be made fun of without consequence.

My personal belief from living on and off in the USA for five years is that racism against Travellers is as apparent as ever and there is no foreseeable change incoming based on the lack of education Americans have about cultures outside of the USA in general, let alone about the Travelling community.

(Photograph by Shari Sirotnak on Unsplash)