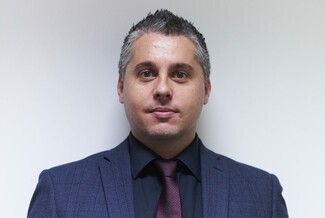 Isaac Blake, founder and Director of the Romani Cultural and Arts Company, has been chosen to represent the National Federation of Gypsy Liaison Groups for the UK at the 2019 International Congress on Discrimination based on Work and Descent, Untouchability, Anti-Gypsyism and Contemporary forms of Slavery Conference in New York.

Isaac Blake says: ‘This conference will be significant for our organisation as it will enable us to present better cases to our own local governments back in the UK.’

Communities discriminated against based on Work and Descent (DWD) are some of the most excluded, segregated, and marginalised groups at global and local levels. The inequalities and disadvantages they experience exist across various services like education, health, water and sanitation, employment, voting rights, equal access to land and housing, access to religious institutions in the public sphere, disaster risk reduction and environmental health.

The population of 260 million (approx.) worldwide comes under the DWD framework, which accounts for 3.25 percent of the world’s total population.

The International Congress on Discrimination Based on Work and Descent will look at particular types of hierarchical-hereditary based structures among societies across the globe, which generate the same set of human rights violations and barriers limiting socio-economic development for different DWD peoples. Unlike racism and xenophobia, the structural violence of this form of discrimination does not rest on the white/non-white binary and on inferiority based on visible or ostensibly ‘biological’ differences given the legacy of colonialism.

The International Congress on Discrimination based on Work and Descent, Untouchability, Anti-Gypsyism and Contemporary forms of Slavery will take place on 21-23 September, 2019, in New York.