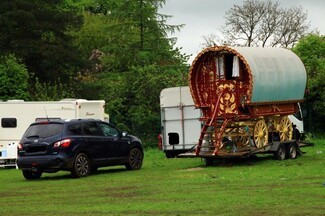 The Government has announced new laws that will make trespass with vehicles a criminal offence – in a move that has caused fury among Gypsy and Traveller campaigners.

The Home Secretary, Priti Patel, said yesterday, that the new laws will target trespassers “who intend to reside on any private or public land in vehicles without permission, and where they are causing significant disruption, distress or harm to local communities.”

“This new offence will enable the police to fine or arrest those residing without permission on private or public land in vehicles in order to stop significant disruption, distress or harm being caused to the law-abiding majority,” she added.

The new law also gives the police the powers to seize and impound vehicles whose owners fail to comply with the new law and who refuse – or can’t – leave. 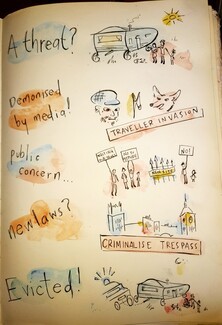 Gypsy and Traveller campaigners reacted with fury saying that the new laws were racist.

“You are criminalising a problem that has been created by the failings of a political will to deliver appropriate accommodation,” said Joseph P Jones from the Gypsy Council, in a Facebook comment left on Priti Patel’s Facebook page.

Joseph P Jones also pointed out that to get planning permission to develop their own permanent legal Traveller site, Gypsies and Travellers have to obtain ‘gypsy status’, the only requirement of which is to prove that they are – and will - continue to travel.

“Travellers are told they have to prove they travel to gain planning permission for their own private sites,” he added.

“But locally, Councils refuse to provide public sites. Well, racism is alive and well in the Home Office. Through political failure. Be proud of your right-wing achievement.” 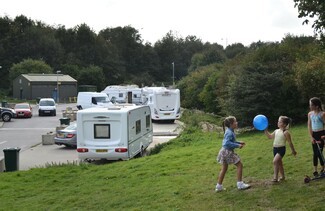 The Government say that the new offence of criminal trespass will target:

The new law will affect England and Wales - but not Scotland. 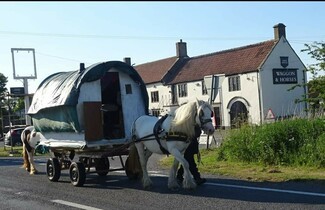 A horse drawn wagon will count as a vehicle. Horse drawn 'new' Travellers are worried that their way of life will be destroyed as well. Picture from No Fixed Abode Traveller group

“The Government seems hell bent on introducing tougher police powers for people living on roadside camps, even though all the evidence is stacking up against them – in their own consultation it is clear that most respondents don’t want tougher powers. The views of the majority of consultation respondents have been ignored, opening the door to a harsh and unfair set of proposals which punish some of the UK’s minority ethnic groups, who already face some of the starkest inequalities.

Our research shows that the majority of police respondents are against the proposals and also that there is a chronic national shortage of places to stop. The Government should not imprison people, fine them and remove their homes for the ‘crime’ of having nowhere to go. Another way is possible. Through negotiated stopping and by identifying land where Traveller sites can be built, councils can ensure nomadic families have a safe place to stop, save money on evictions and improve relations between travelling and settled communities. Everybody needs a place to live.”

Responding to the proposals, Jenny, a Romany Gypsy, said:

“My daughter is trying to get a pitch, but loads of families trying, she’s feeling depressed. Her and her partner don’t know where they’re going to go. It’s not right to criminalise us all. We don’t leave any rubbish, we respect the other residents, we clean up after ourselves, but we’re going to be stopped from travelling. There aren’t enough sites for Travellers. We’re being treated like animals. They’re always building more houses but no more sites. She can’t get a site, she can’t stop on the road. She’s tearful, she’s crying a lot. She just wants to settle down and make a life for herself like anyone else.” 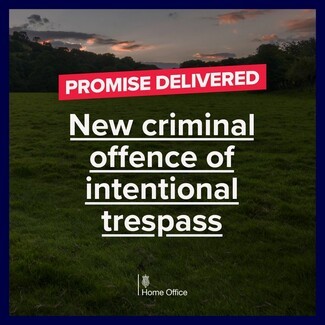 The Government promised to bring in the new law in their manifesto for the last election. An image put up on her Facebook page yesterday by Home Secretary Priti Patel

The laws are pretty much what campaigners were fearing and what was promised in the Conservative manifesto at the last election - the criminalisation of trespass with vehicles.

By focussing on vehicles the Government has side-stepped opposition from ramblers and homeless charities. However that makes the new laws easier to challenge under equalities laws as Romany Gypsies and Irish and Scottish Travellers are protected ethnic groups. We understand that lawyers are already geared up to challenge the new laws.

The surprise is that the number of vehicles needed to trigger the new laws has dropped from the promised two to one. This then brings lots of the new single vehicle 'van-lifers' parking up on private or public land within the scope of the new law.

On the face of it, the new laws are only triggered if the senior police officer attending the camp believes that the camp "has caused or are likely to cause significant damage, disruption or distress."

However, "likely to cause" is open to wide interpretations and the powers, and the resulting seizure of vehicles if the camp refuses to disband, will be reliant on the whims and prejudices of the police officers present - and some police officers are more racist than others...