The Pattern of Life is a new interactive story collecting project celebrating the joint history of Royal Crown Derby and the Romany Gypsy and Traveller community.

Royal Crown Derby is one of the few original fine bone china manufacturers that still remains in Britain today with an illustrious heritage in British society stretching back over two hundred years. 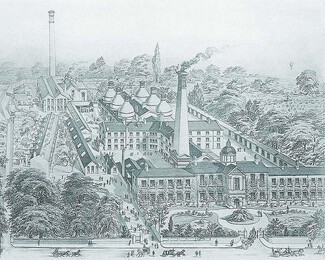 The Pattern of Life project started as a chance conversation between the new Director of the Royal Crown Derby Museum and Richard O’Neill, their idea was made possible by funding from Arts Council England.

Royal Crown Derby is collected by a huge number of Romany Gypsy and Traveller people,” says Richard O’Neill. “Every piece can tell a story.”

“Richard something to me that has stuck with me ever since,” said Museum Director,  Elizabeth Woledge. “He said often Royal Crown Derby was the first thing a young couple would buy and the last thing that they would sell, and that really struck a chord with me about how important it must be to people for that to be true. That alone made me want to know more about what is an important part of our history.” 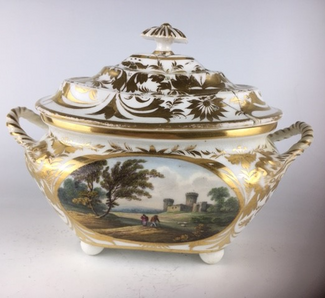 The Pattern of Life project was launched last week and Richard O’Neill tells the first story about his favourite Royal Crown Derby piece in a video published on the new Pattern of Life website.

Now Elizabeth and Richard are urging Romany Gypsy and Traveller people to get in touch with the museum and to tell their story about their favourite piece of Royal Crown Derby.

Submit your story and find out more at www.royalcrownderbymuseum.com/imari-home

(Main picture: “It makes me smile and takes me back”. A still taken from Richard O’Neill’s video about his mam’s Royal Derby China cup that he keeps on display wherever he lives.)