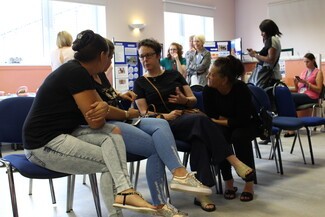 A charity in West Yorkshire is saving lives with their ‘Don’t Be Beat’ mental health project that is tackling the suicide crisis among Gypsy and Traveller people.

“The obvious need for Don’t Be Beat started when we became really aware that everybody wanted to talk about mental health – everybody,” says Leeds Gypsy And Traveller Exchange (LeedsGATE) worker Ellie Rogers. “And then we started to explore what mental health services Gypsy and Traveller people were accessing and it was nothing.”

“One of the strengths of Gypsy and Traveller communities is the amount of care that they give to each other, but that also means that they are going to be really impacted by that loss,” says Ellie. “The ripples of suicide are felt far and wide.”

Don’t Be Beat works by empowering Gypsy and Traveller people in West Yorkshire to talk to each other about their mental health.

“It’s not that people don’t want to talk, they are just not given the opportunity and as soon as mental health is raised people are passionate about wanting to do something,” says Ellie. “We’ve definitely seen an increase in the amount of openness about this.” And its not just women that want to talk, adds Ellie. “Men do talk but no one ever asks them. It’s about starting that conversation in a practical way, like when they are in the office to get help with a tax return or something.” 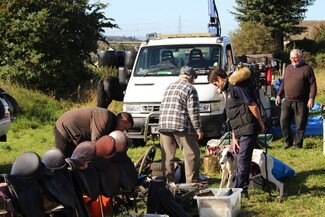 "Men do talk but no one ever asks them. It’s about starting that conversation"

An example of how Don’t Beat It works is James. “James started to tell us how he was struggling,” says Ellie. “The first thing he spoke about was getting help for his family. When he saw this was helpful he started to open up more about his own issues.” James is now spreading the Don’t be Beat message of hope.

And that message, say West Yorkshire Gypsies and Travellers, is talk about your mental health and don’t let shame stop you, it doesn’t make you less of a man to reach out for help, and give each other support so you don’t pass this on to your kids.

The full Don’t Be Beat report is available on the LeedsGATE website here.