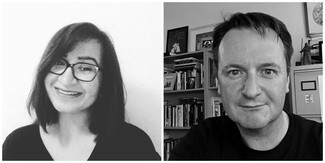 A new government consultation on measures to criminalise the act of trespassing when setting up a roadside (‘unauthorised’) encampment in England and Wales is a cynical and deliberately racist attack on traditional ways of Gypsy and Traveller life, according to Brigitta Balogh and Colin Clark

Time really does fly; we have now witnessed nine years of Conservative government rule in the UK and a ‘hostile environment’ that has deliberately and increasingly pandered to racism. It looks like things are going to get worse before they get better: the government has recently presented a further ‘consultation’ for a systematic approach to destroying a culture and way of life for many Gypsy and Traveller families. Good roadside stopping places - kushti ‘atchin tans– are now under threat like never before. Criminalising trespass is the death knell of a way of life.

The current Home Secretary, Priti Patel, on Sunday November 3rd, stated that rules on trespass should be changed to criminalise Traveller encampments where more than two vehicles are present. The police could arrest you and your property – that is, your motor, your trailer, your home. This would all be legal, enforced by the police, if the changes go through as planned. The consequences are unimaginable, homelessness, poverty and destitution.

There is a real sense of déjà vu at play here. It seems to happen every general election time, getting ‘tough’ on Gypsies and Travellers. Michael Howard, when he was leader of the Conservative party, back in 2005 did exactly the same thing, running a campaign that stated he believed in ‘fair play’ when it came to human rights and planning laws. He said Gypsies had it easy in the planning system. What this really meant was that he wanted to criminalise all forms of Gypsy and Traveller roadside encampments. Newspapers added their own spin and The Sun, predictably, talked about a need to ‘stamp on the camps’. The resulting debate was vile, discriminatory and overtly racist.

What makes this latest consultation stunt by Patel on roadside camps even more jarring is the fact that the current situation could have been so easily avoided. It is also unnecessary as further powers on evictions are not needed - just ask the police - and a more progressive discussion would be focused around negotiated stopping in areas of the country where sites are limited, or pitches are occupied. Indeed, the lack of Local Authority site provision and the human and economic costs of pointless evictions have been researched and noted for years now, as far back as the 1970s (that is, not long after the Caravan Sites Act of 1968 was implemented). 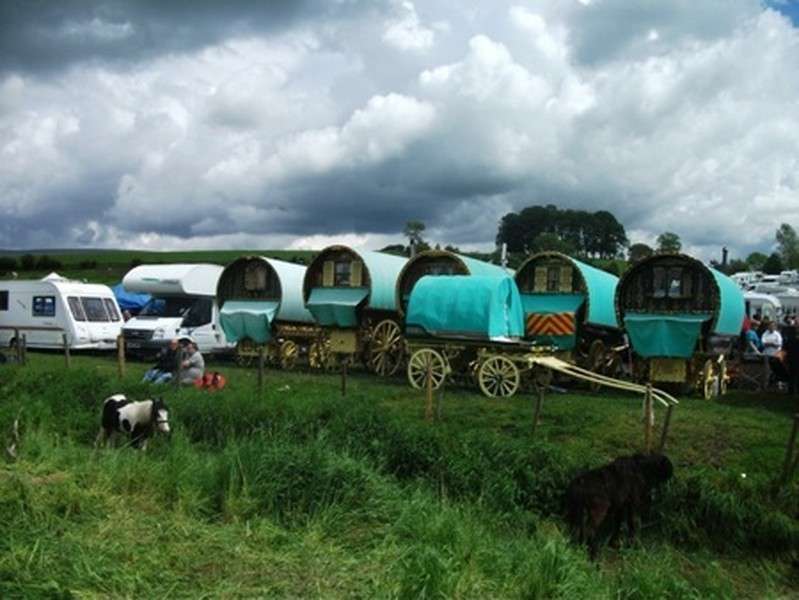 Patel’s words on November 3rdhad a specific audience - general election voters and constituents who are notGypsies and Travellers - in mind and they built on earlier statements from Sajid Javid who back in February this year had announced plans to grant the police greater power to deal with ‘unauthorised’ encampments. Patel said in her own statement:

“Unauthorised encampments can cause misery to those who live nearby, with reports of damage to property, noise, abuse and littering. The public want their communities protected and for the police to crack down on trespassers. Our proposals aim to ensure these encampments can be challenged and removed as quickly as possible.”

Voters are hopefully not so easily fooled but talk of a ‘crack down’, ‘abuse’ and ‘damage to property’ are traditional Conservative appeals, as the traditional party of law and order. Such sentiments are a deliberate continuation of the ‘hostile environment’ promoted by Theresa May when she was Home Secretary, and then Prime Minister. It is also clear that by making such statements, the likes of Javid, Patel, May do not see Travelling people, Romani Gypsies as constituents and voters. It is such forms of exclusion that need to be challenged.

The point is that the latest government actions have form and history. The latest announcement to criminalise trespass has been brewing for a while. For example, back in October 2017 Mark Francois MP made a suggestion to criminalise the act of trespass during a House of Commons debate. Likewise, since 2015, we have seen an increasing use of high court injunction orders against ‘unauthorised’ encampments. Although London Borough Bromley Council’s wide injunction order application was successfully interfered with at the Royal Court of Justice, the council is appealing this decision and is supported by three other local authorities in London. The omens are not good when you have a government intent on pursuing the criminalisation of trespass, it is ethnic cleansing via legislation and policy rather than guns and bullets.

How have the government responded to charges of anti-Gypsyism and racism? Although it is claimed that councils have been ‘reminded’ of their duty to provide sites, there is no such statutory obligation on local authorities to do so since the repeal of the Caravan Sites Act 1968 in 1994 when the Criminal Justice and Public Order Act was passed. The same Act the government intends to amend to criminalise trespass. This ‘reminder’ of a ‘duty’ was a very hollow sounding one.

Indeed, when the current government claims that The Ministry of Housing Communities and Local Government (MHCLG) has made nearly £2 million available to councils to “crack down on illegal developments” they criminalise the communities. They portray Travellers and Gypsies as the ‘enemy within’ via a racialised coded language that insinuates the communities are criminals, this in turn feeding into a narrative that has been evident for Centuries. Why not spend that money on building transit sites? Or more pitches at existing permanent sites? This has been the recent approach in Scotland, with more government money to make the existing sites fit for purpose. In Scotland the government speak of ‘improving the lives of Gypsy/Travellers’. The approach could not be more different.

We can only hope that reasoned voters in England and Wales, with an open mind, will see that the government’s deliberate attempts to further exploit Traveller and Gypsy communities is prejudicial and racist. The communities are caught between a rock and a hard place – if travelling then the lack of pitches on transit and permanent sites can unavoidably lead to stopping ‘unauthorised’ on the roadside, but if settling then there is a perceived loss of ethnic identity, of not being ‘real’ Gypsies. It is the criminalisation of the communities and it is an explicitly anti-nomadic ideology.

It also needs to be stated that by and large we are talking about a series of communities - UK citizens - that can often lack the appropriate political, legal and economic resources to fight against such unjustifiable and disproportionate measures. Human rights matter and their standing needs to apply to all of us. Unfortunately, Gypsy and Traveller communities face a difficult situation in the legal arena as legal aid for defending possession proceedings against trespassers has been withdrawn by the Legal Aid, Sentencing and Punishment of Offenders Act 2012 (LASPO). By criminalising trespass and strengthening police powers, legal protection is largely unavailable for the communities, despite being 'protected' under the Equality Act, 2010.

In closing, we call on communities to respond positively in the face of prejudice and hate. We need to gather our available resources, forge alliances with other organisations as well as the few politicians who claim to be on our side. We need to establish a strong united voice that will not be ignored or stigmatised. The opportunity has presented itself as the world’s eyes have turned to the UK due to the current general election and a far-right Conservative leadership that has struggled with Brexit. It seems as if 2019 is the year of institutional racism and ethnic cleansing by legislation and policy. We must resist.