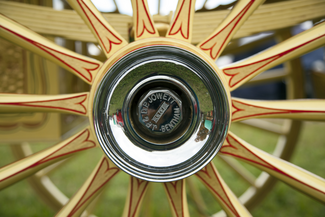 Cambridge Midsummer Fair is back on form after previous years of apparent mismanagement. The reason, because it is now organised and managed by The Showmen’s Guild and not the local council.

As a Romany Gypsy and a regular goer to Cambridge Midsummer Fair I've been saddened by how the number of rides and stalls have lessened each year. It led me to think that Cambridge Midsummer fair, one of the oldest running fairs in the south, was coming to an end.

I've been going to the Midsummer Fair since I was a child and I've seen many changes and troubles for both the Showman and the Romany Gypsies who have historically gathered here for centuries. It's had its fair share of problems, but it has equally provided pleasurable entertainment and memories for many, both Traveller and non-Traveller communities.

This year the fair seemed to be better organised. The field parking was dropped in price to a more reasonable £10. The stalls and rides were arranged easily so that you could stroll through seeing everything without having to double back, and you could still stop for a chat without being in anyone’s way. Speaking to one of the stall holders at the end of the day he said (after making sure I wasn't from the council) that he'd found The Showmen’s Guild much easier to deal with then the previous organisers.

There was a strict no alcohol policy within the fenced off showground area and private security were quietly present in the background. The Fort St George pub on the common was open for business all day and many people brought there own picnics. Apart from a couple of small incidents near the pub at the end of the evening, everyone enjoyed themselves and the fun continued well after the showground closed for the night!

While this year the fair wasn't as big and as busy as the Midsummer Fairs of my childhood, it was certainly the best it has been in years. Hopefully it will continue to grow and get better under the new organisers.